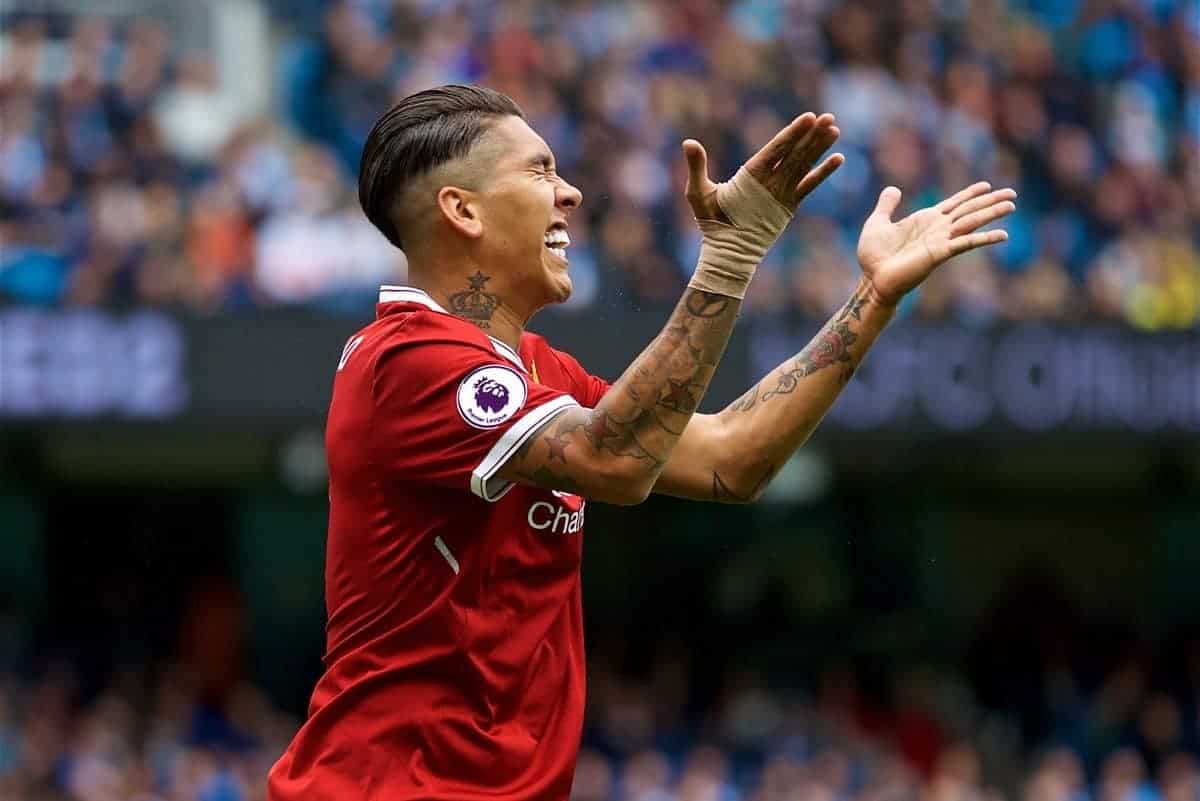 Liverpool supporters were rightly left frustrated as Jurgen Klopp‘s side fell to a miserable 5-0 defeat away to Man City on Saturday afternoon.

After a bright start at the Etihad, a controversial red card for Sadio Mane saw the Reds succumb to a heavy defeat against their top-four rivals.

Sergio Aguero had opened the scoring before Mane was sent off, but braces from Gabriel Jesus and Leroy Sane piled on the misery for Klopp on the road.

Here’s how supporters saw Liverpool’s 5-0 loss on social media and our forums.

“It’s these type of games that best suit Klavan. We’re gonna be pushed back on to the edge of our own box, hoping to get the ball and break, and that suits him.”

Here's an idea. How about getting behind Klavan instead of slagging him off before a ball's kicked? Hope he has a blinder.

Aguero got City off to a positive start…

All it takes. Aguero barely touched the ball 1st half but he's world class & always alert. Our defence isn't.

That is what they get for their stupid play. Aguero scores.

Not great from Hendo or from Matip to be fair

Sergio Aguero has scored in all six of his Premier League games against #LFC at the Etihad.
1-0 #MCFC

Salahs finishing is abysmal at times. Gets in great positions.

“Mo has done that once too often this season…

Salah's finishing has been terrible since he joined.

Salah gets so many chances & dangerous situations but he's too tentative in the final 3rd. Has bags of quality, needs more belief.

“Salah really needs to be more clinical, seems like he wastes a fair few chances each game.

Salah misses an absurd amount of chances but he's still going to bag 20 this year. It's weird.

Mane was controversially sent off before the break…

If ever there was an example of referees never having played the game. An utter joke. #LFC.

“Not sure which of the trio of Mane, Ederson and the Ref was more stupid in that situation…”

– likewise on the forums.

What a joke … he had to go for that

“No Mane for 3 games. Terrible decision.”

If Gary Neville is saying a Liverpool player shouldn't have been sent off then you know the ref has had a mare.

And Jesus piled on the misery with a header…

Lovely cross from De Bruyne but Jesus completely unmarked in centre of area. Such a poor goal for Liverpool to concede at such a bad time

fine margins in football, should be 2 up but we're 2 down and a man down. damage limitation now

“This will finish in a rout. We’ll know by then how Arsenal fans were feeling after we beat them 4-0…

We couldn’t cope with them eleven against eleven, and are now sinking without trace.

This one is over I'm afraid. The poor decision-making. The lack of urgency. Now we've paid for it.

The Brazilian added another after half-time…

“What is crystal clear is that we have big defensive problems. We should also be pragmatic here, we’re going to see our goal difference wiped out.

Defend and try and nick a goal or two.

Sane added a fourth with 15 minutes to play…

Been told before that playing a Guardiola team with 10 men is torture, but even so, feels like Liverpool have succumbed a bit meekly.

“Been a long time since we’ve lost 4-0, damn. We could do with Van Dijk in January. We look so flat today.”

Can we just throw in a towel #LFC

This is 1 of feeblest 10men efforts Ive ever seen, especially when u consider this is a huge game . We can moan about red but we had 45 mins

And the winger sealed City a 5-0 win late on…

Liverpool Football Club. Red card or not. Don't lose matches by 5 goals. This is a disgrace.

Even if down to 10 men shouldn't lose 5-0. But our defending is built around pressing & when we can't do that our backline easily dismantled

“I wasted 90 minutes of my weekend watching this shite!”

Loads of teams go down to 10 men and don't crumble. The players decided we'd lost the game as soon as Mane went off. Shite, that. #LFC

Red card or not, we gave up.

“5-0! I hope it wakes Jurgen Klopp up about his choice in defenders and midfielders…Fuming that our GD is now zero!”

Disappointing and worrying how #LFC switched off after Mane sending off. Pitiful performance, only Mignolet respectful.

I know we shouldn't dwell on that but the lack of fight from the team has pissed me off.

Leaves you misty eyed for the carefree days of June and July, when there is no football.

“It is probably the worst team in the league to face down one, but I’d like to think this team could do a better job of it.”

At least we can say that these types of games are one-offs. Even at 1-0 down, we were still well in the game. Small positives, I guess.

Write this one off quickly. Sloppy in possession, forcing the play, all the variables to ensure you have a bad day at work

One to forget Reds. Go home, lick your wounds and move on to the next