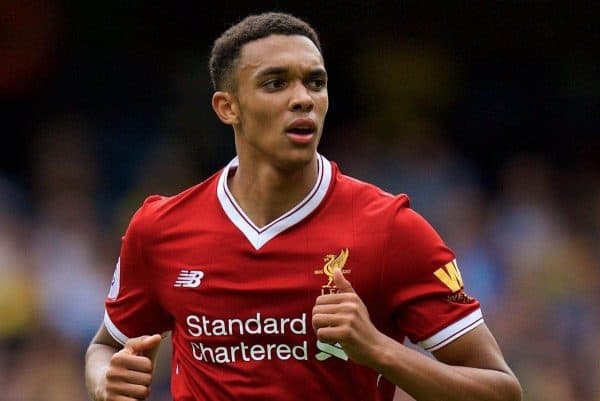 Full-back changes and Can to return – Predicting Liverpool’s lineup vs. Maribor

Jurgen Klopp has promised another strong Liverpool team will take on Maribor at Anfield, but changes could be made in all departments.

The Reds look to secure back-to-back Champions League victories by blowing Maribor away once again at Anfield.

The fixture presents a big opportunity to Klopp’s side, who can move into a controlling position in Group E and position themselves strongly for qualification to the knockout stages.

Another entertaining and high-scoring win is expected at Anfield, but first and foremost, it’s vital the Reds remain professional to get an important three points on the board.

Klopp paid Maribor full respect in Slovenia by refusing mass rotation and fielding a strong team, and the boss has made clear that will happen again with only a small number of changes expected.

Speaking in his pre-match press conference, Klopp made clear that nothing will be taken for granted against the Slovenians and that this will be reflected in another very strong selection.

Some changes are still likely to be made – as has happened throughout the campaign – to ensure the Reds are fresh to produce another big performance and certain players are given a chance to shine.

The majority will almost certainly come in defence, where Karius is set to be followed by full-back duo Alexander-Arnold and Robertson, who will enter to give Gomez and Moreno a chance to recover from injuries.

Robertson is likely to be joined in making a Champions League proper debut for the Reds by Ragnar Klavan, who should keep his place next to Joel Matip after deputising well for Lovren against Huddersfield.

Midfield and attack will boast more familiar looks, but adjustments in both departments are also likely to provide an injection of energy.

After starting on the bench against Huddersfield, Can should return to midfield replacing James Milner – allowing for the strongest central trio to be deployed.

Meanwhile, in attack Sturridge could keep his place after scoring his 100th club career goal on Saturday, which would also give Roberto Firmino a much-needed night off.

A rest for the Brazilian opens the ideal chance for Oxlade-Chamberlain to finally make just his second Reds’ start – if not now, then when? – with Mohamed Salah completing the forward line.

Though Klopp’s options are restricted with injuries stacking up, the boss still has various ways to deploy his team at Anfield.

One option is for Lovren to return at centre-back in place of Klavan, with Klopp stating the Croatian – who will hope for a chance to redeem himself – could play if he comes through training unscathed.

Jordan Henderson was a surprise exclusion from the XI in the historic first meeting with Maribor in Slovenia three weeks ago.

And given a record-breaking win followed that night, Klopp could be tempted to withdraw the captain and field the same unit that started the 7-0 thrashing – with Can protecting behind box-to-box duo Milner and Wijnaldum.

With the same front three leading the Reds into battle, a slightly different selection could see Liverpool start with this XI:

The Reds ignited the campaign with victory in Slovenia, and with the business end of the group stage now approaching, it’s vital another win is earned to move into a commanding position in Group E.