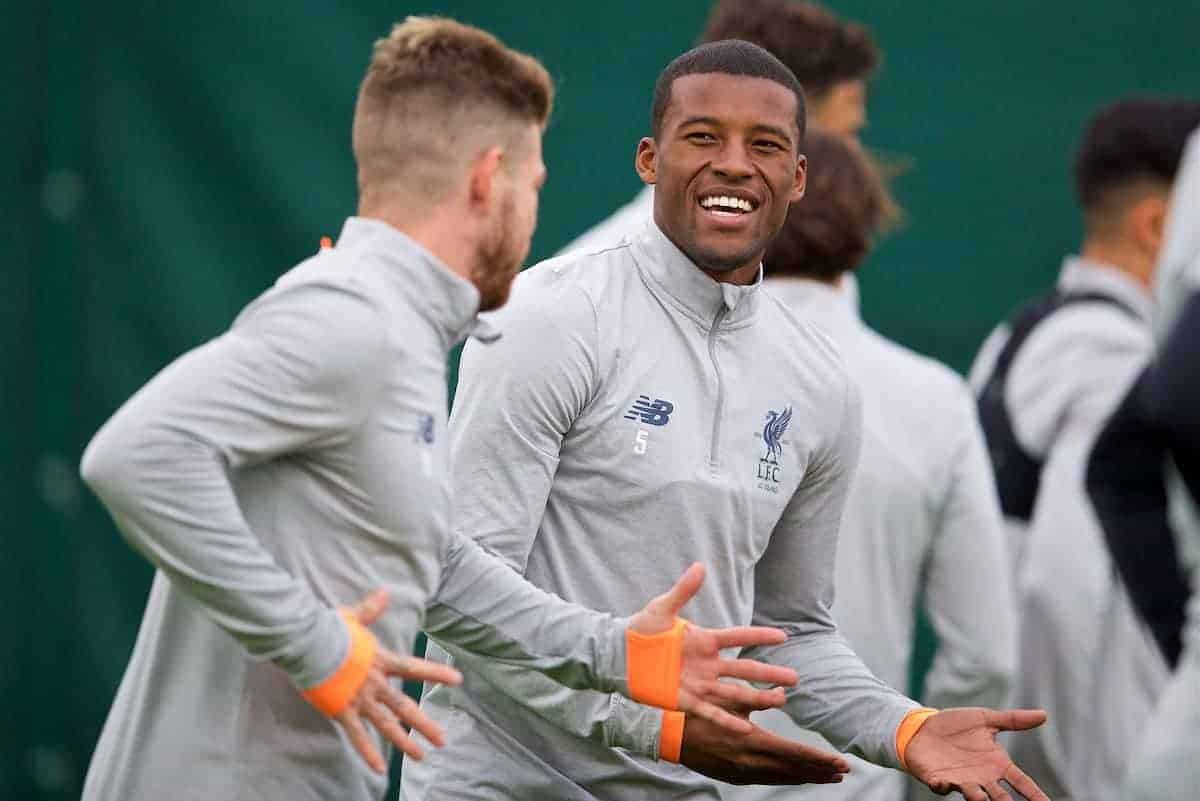 Georginio Wijnaldum has returned to full fitness and is back in training ahead of Liverpool’s clash with Huddersfield Town on Saturday afternoon.

The 26-year-old missed the Reds’ 4-1 defeat away to Tottenham on Sunday after picking up a knee injury in the buildup.

Jurgen Klopp‘s side crumbled miserably without the Netherlands international, who had featured in all but one of Liverpool’s previous games, starting 12 of 13 appearances.

While Wijnaldum has been criticised for his anonymity away from home, his return to the fold will be welcomed in the aftermath of the thrashing at Wembley.

And according to the Liverpool Echo, he has been “given the green light to return to full training,” joining his team-mates at Melwood on Wednesday.

Wijnaldum is likely to return to the starting lineup for Saturday’s home clash with Huddersfield, with James Milner set to drop out.

Milner was drafted into Klopp’s starting lineup due to Wijnaldum’s absence, but struggled to build on his impressive showing against Maribor in the Champions League.

Liverpool are unbeaten at home this season, having won three and drawn three of their six games at Anfield, with Wijnaldum starting in five of those.

The visit of the Terriers is one of great significance for the Reds, with Klopp desperate to restore his side to form after a humiliation in northwest London.

It has been suggested that the German could make a host of changes to his selection following the defeat to Spurs, with the likes of Simon Mignolet and Dejan Lovren under scrutiny.

And Klopp is reported to have held a summit at the club’s training ground on Monday, as he seeks a turnaround of fortunes on Merseyside.

The Liverpool Echo have revealed that Klopp summoned his squad to Melwood to analyse their performance, and many errors, against Mauricio Pochettino’s side.

“[They] had to relive a shambolic defensive display as Klopp went through the video analysis with them. Each of Spurs’ goals were examined in detail,” James Pearce writes.

“It was an open and honest exchange with players contributing to the conversation and holding their hands up to the basic errors which proved so costly.”

Pearce suggests that “there will be no knee-jerk reactions,” however, with Klopp yet to decide on whether to shuffle his pack for Saturday.

One change is likely, at least, with Wijnaldum’s comeback providing Liverpool with another midfield option.