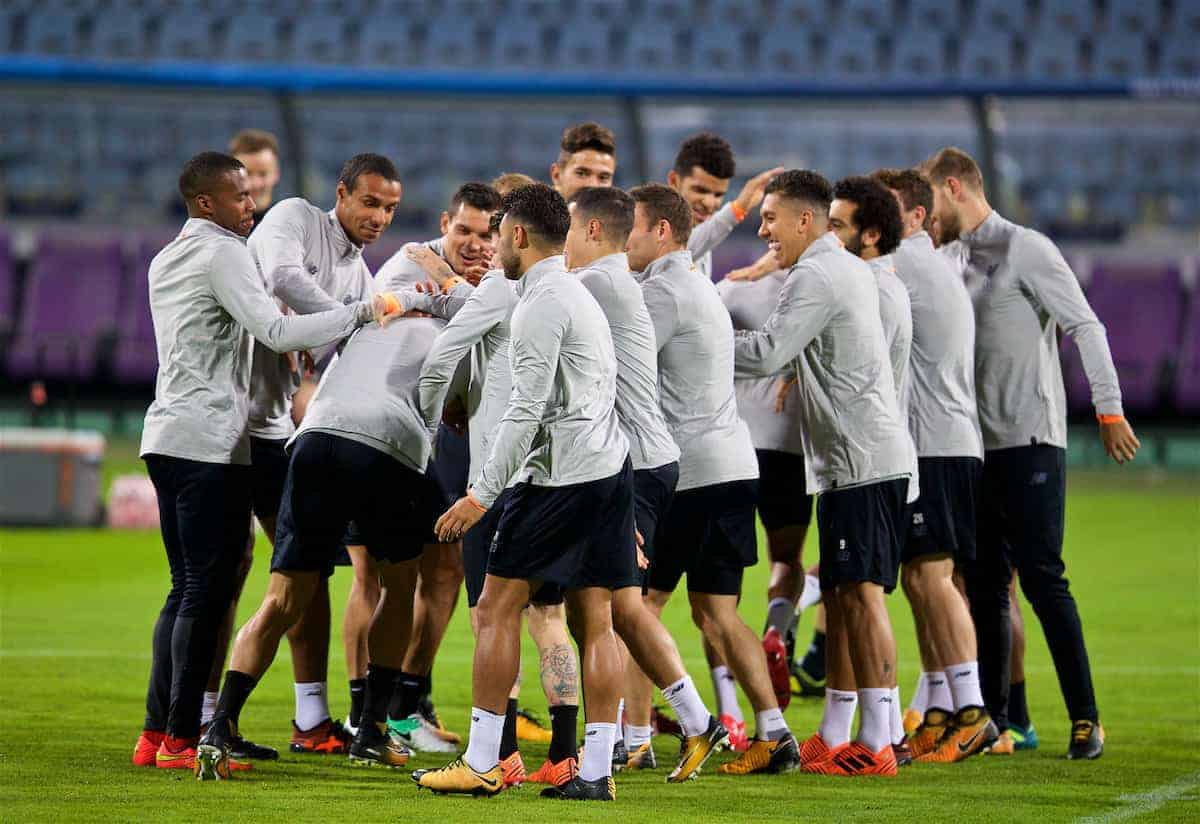 Jurgen Klopp could trust the same outfield lineup which dominated Man United to go one better in Tuesday’s Champions League clash with Maribor.

Liverpool look to use confidence gained from dominating United to finally spark the Champions League campaign to life against Maribor.

Tuesday’s clash is the first of a double-header with the Slovenian side – who sit bottom of the group – and victory is desperately needed to keep hopes of reaching the knockout stage on track and spark an upturn in form.

After watching his team produce a performance worthy of victory against United, Klopp is now facing a very interesting selection for a vital clash.

Indeed, the boss must decide whether to trust the same side to replicate performance and claim the priceless win such a display deserves, or rotate ahead of a tough trip to Tottenham.

Despite the Reds not managing to claim victory against United, the dominant performance will have provided Klopp with real encouragement.

The German recently insisted his team aren’t as far away as many say, and Saturday’s showing will only have enhanced belief that more rewarding results are indeed just round the corner.

Klopp will want to capitalise on the positivity the display will have brought to his squad, as the Reds seek a sharp improvement in both European and domestic competition.

And the boss could attempt to do that by showing faith in practically the same team to replicate performance but go one better to earn what would be a confidence-boosting win.

One change will arrive with Karius replacing Mignolet but the outfield selection would be untouched, giving the Reds a confident team to take the game to Maribor. The intense grudge match will have been a big physical and mental drain on the players – even more so coming directly after international disruption.

With that in mind, and with another clash with a top-six rival looming large, it could be argued Klopp should make changes to ensure the Reds can compete on both fronts.

A few subtle swaps should follow to keep the core of strong performers intact – and that would likely be the case with Klopp having said, “This is the last place we would make wholesale changes.”

Klopp has frequently rotated at full-back – more so the right than left admittedly – and he should do so again to provide freshness in defence in a game the Reds must not lose.

Alexander-Arnold and Robertson should flank Joel Matip and Dejan Lovren, giving Joe Gomez and Alberto Moreno a rest ahead of the trip to Tottenham.

The midfield trio should remain but another switch should be made in attack, and Klopp has a couple of options including starting Oxlade-Chamberlain after his much brighter cameo against United.

But the importance of keeping Roberto Firmino fresh to help him rediscover form as our main striker means Sturridge should enter to lead the line with support from Philippe Coutinho and Mohamed Salah.

This would see three changes made to the outfield selection, and the Reds would look like this in Slovenia: The Reds have carefully felt their way back onto Europe’s top stage, but Klopp’s men now have to elevate the campaign by securing what would be a priceless first three points.