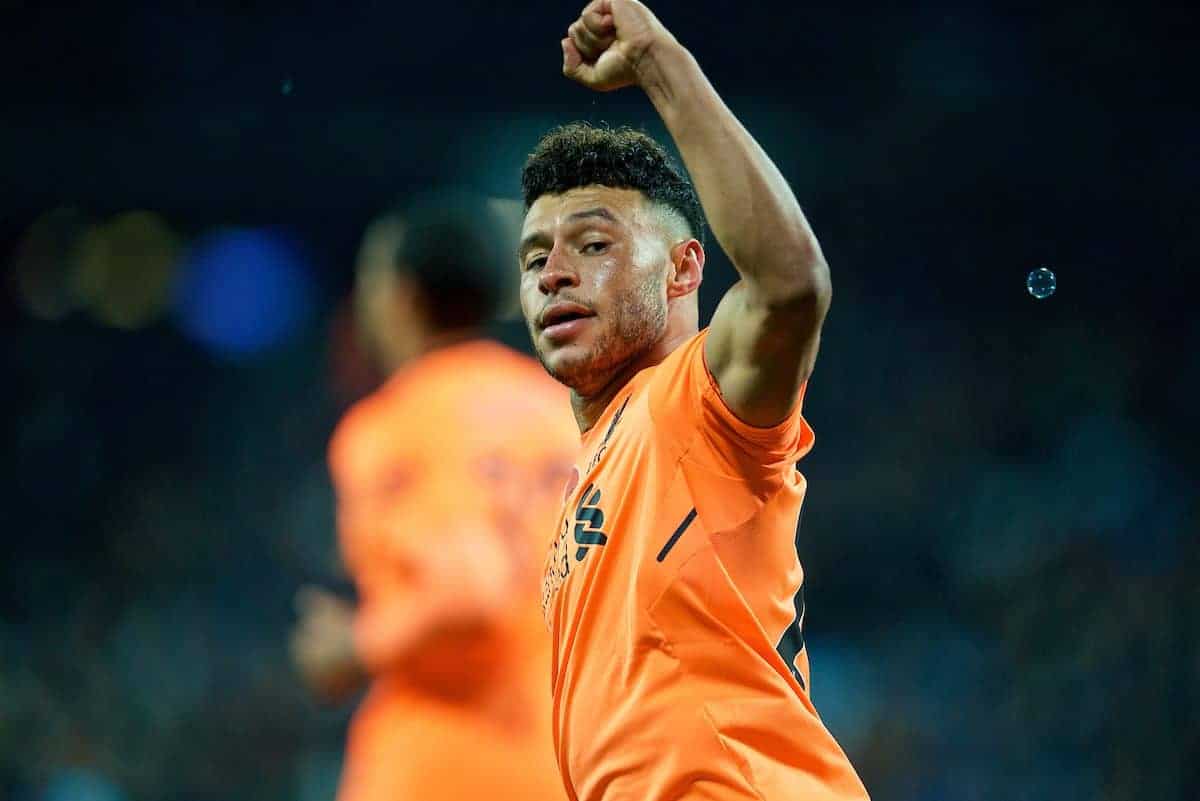 Alex Oxlade-Chamberlain believes his best is yet to come at Liverpool, as he continues to settle into life under Jurgen Klopp on Merseyside.

The 24-year-old scored his first Premier League goal for the Reds on his first league start as his new side sealed a 4-1 win away to West Ham on Saturday.

With Jordan Henderson and Philippe Coutinho sidelined through injury, Oxlade-Chamberlain took up a role on the right-hand side of Klopp’s four-man midfield, and shone.

Twelve games on from his £35 million move from Arsenal, the England international looks to be growing accustomed to the demands of his new manager’s system.

And speaking after Liverpool’s victory at the London Stadium, Oxlade-Chamberlain vowed to continue to improve.

“It takes time to settle in and learn a new style. I feel like I’m getting there,” he told BT Sport.

“And it’s always important to show what I can do and that’s scoring goals and helping the team to win.

“I need to keep improving, there’s a lot more to come from me.

“We’ve got to focus on ourselves, there are some big games tomorrow but we needed to win today, especially before the break and we did that today so I’m really happy.” Klopp made an interesting alteration to his system for the trip to east London, deviating from his typical 4-3-3 and deploying Mohamed Salah behind Roberto Firmino in attack.

And the Reds’ new No. 21 attested to the efficiency of Klopp’s game plan, having fuelled one of the most comprehensive performances of the season.

“We had a game plan and we stuck to it all game,” he added.

“We wanted to be dangerous on the break and the first goal showed how deadly we can be—from defending a corner to scoring as quickly as we did. That was exactly what we wanted to do today.

“Then it was key for us to make sure we defended well; West Ham came out in the second half and made it tough, it was a really intense game.

“In the second half, we showed time and time again what a threat we are on the break. We created a lot of opportunities.

“Four goals and we probably could have had some more. It was a really good win all round.”

Oxlade-Chamberlain has struggled for game time since making the switch from Arsenal, but is now establishing himself as a valuable member of Klopp’s squad.

Having been omitted from Gareth Southgate’s England selection for the November international break, he can continue to work under Klopp at Melwood and fine-tune his output.