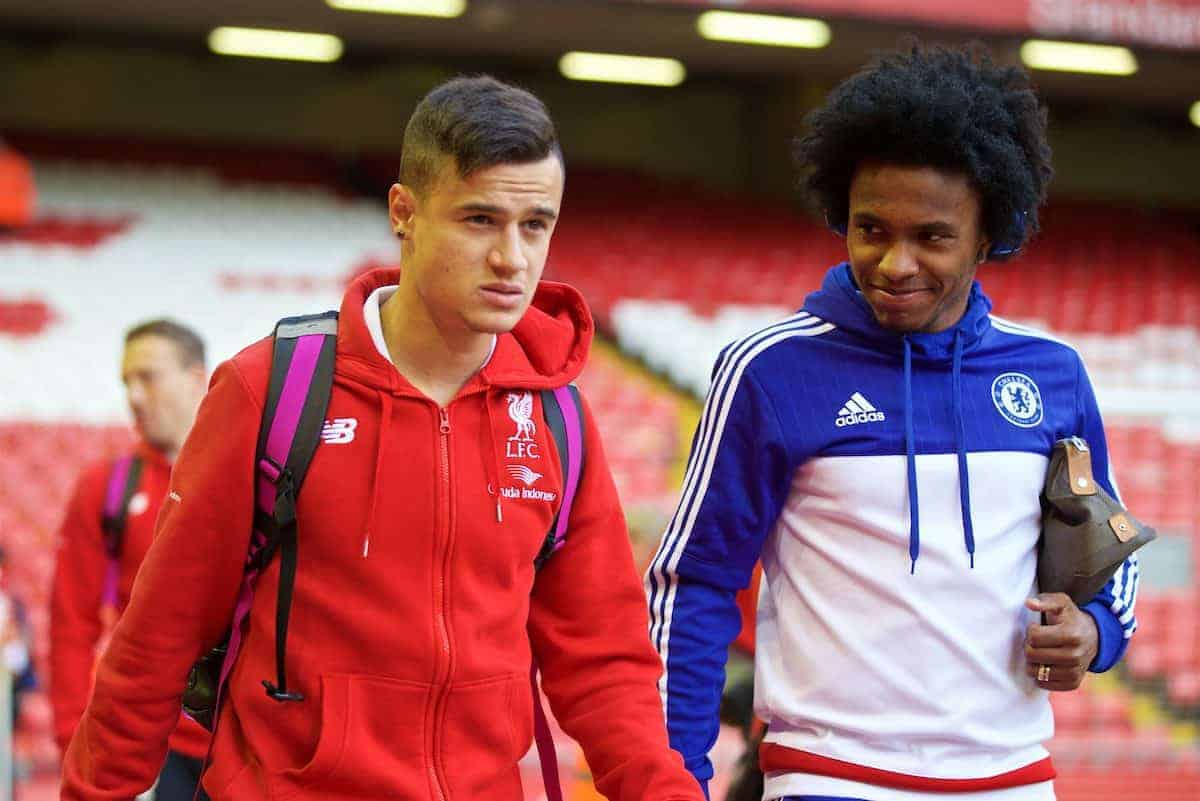 Liverpool could successfully fend off Barcelona’s interest in Philippe Coutinho again in January, with Chelsea winger Willian said to be a target for the Spanish side.

The Reds turned down three bids from Barcelona in the summer window, with Coutinho remaining on Merseyside despite handing in a transfer request.

The Brazilian has gone on to score five goals and assisted a further four in 12 appearances this season so far, with his form no doubt ensuring Barcelona remain in pursuit.

But having rejected offers of £72 million, £90.4 million and £114.2 million earlier this year, it is highly unlikely Liverpool would sanction Coutinho’s departure so soon after.

This has seen Barcelona consider alternatives in the market, with Goal reporting that they could make a move for Willian.

Willian has dropped down the pecking order to an extent this season at Chelsea, with only 10 of his 20 appearances coming as part of Antonio Conte’s starting lineup.

The 29-year-old has still scored four goals, including the equaliser against Liverpool on Saturday, and he has laid on five assists.

Willian and Coutinho are said to be represented by the same agent in Giuliano Bertolucci, with Barcelona hopeful the Brazilian can negotiate a deal for one of the pair. Chelsea No. 22 is not the only player touted as a possible alternative to Coutinho, of course, with Arsenal playmaker Mesut Ozil among those also mentioned of late.

Ozil is set to enter the final six months of his contract with the north London club in January, and while Arsene Wenger has ruled out a January exit, a big-money offer could persuade the Gunners.

Tottenham midfielder Christian Eriksen has also been suggested as a potential target, as has Bayern Munich’s ex-Barcelona star Thiago Alcantara.

It still seems inevitable that Coutinho will make the switch to Catalonia in the near future, with his desire to play alongside the likes of Lionel Messi and Luis Suarez clear.

But that Barcelona are entertain the prospect of signing a different player next month is encouraging.

It could be that Coutinho effectively misses the boat when it comes to his dream move, with Liverpool’s hardball approach paying off in the long run.