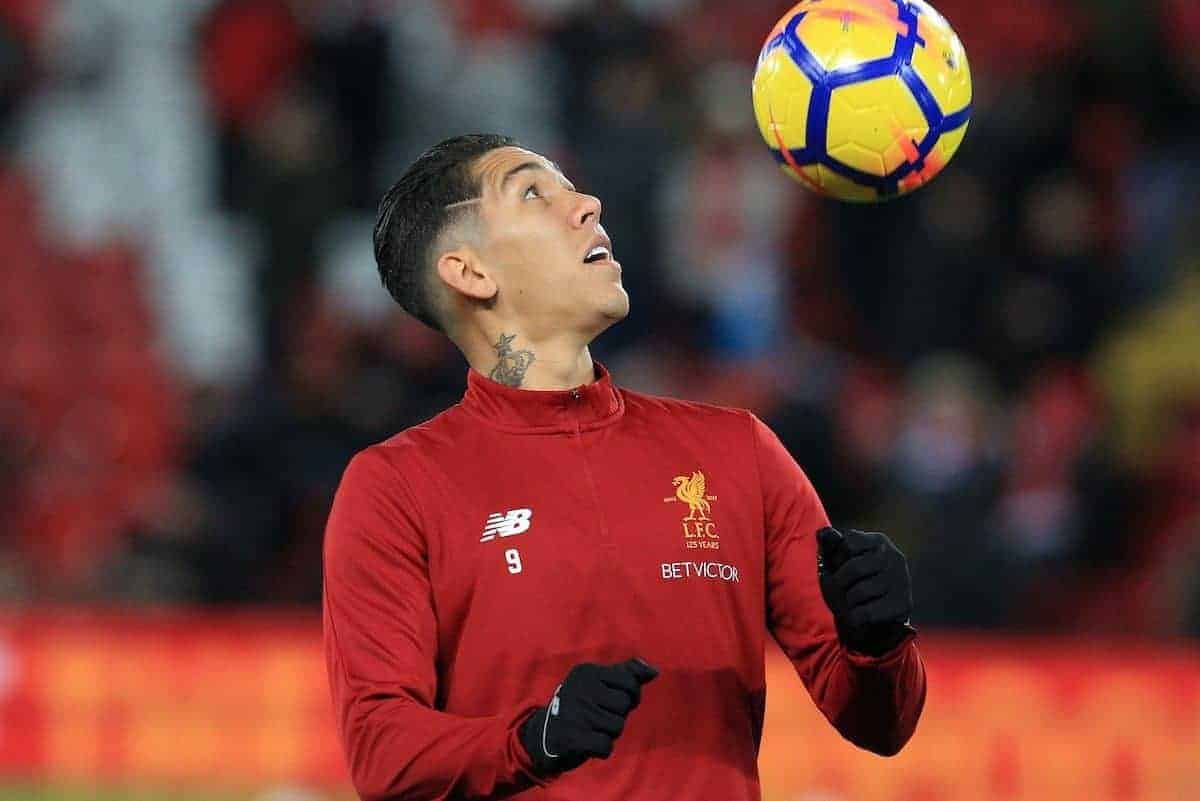 Sadio Mane and Roberto Firmino will return to Liverpool’s starting lineup at Stoke, but will the duo feature in a full-strength side or another rotated XI?

A return to winning ways will be Jurgen Klopp’s order of the day following frustrating successive draws.

Wednesday’s clash presents the opening fixture of a potentially rewarding run for the Reds, who will be eyeing a consistent spell of winning form to make advancements in the top-four race.

Klopp sprung a big surprise by rotating against Chelsea, but doing that means the boss can restore his side to full strength for the first match of this potentially profitable streak.

Indeed, refreshed key men—including Mane and Firmino—are set to return to the team as Liverpool look to kick off with a crucial victory against the Potters.

Liverpool’s XI vs. The Potters It was widely expected that this would be the game in which Klopp would rotate, but the German surprisingly did so for Chelsea’s Anfield arrival.

On reflection that decision could be viewed as shrewd, allowing the Reds to be restored to maximum strength for a more winnable game.

Klopp has strongly suggested this will happen having said in his press conference only a small number of changes will arrive and Mane and Firmino are very likely to start.

As a result, Oxlade-Chamberlain and Sturridge will almost certainly drop back to the bench as the front line is restored to full power.

Meanwhile, Wijnaldum is primed to join the attacking duo in returning, with the Dutchman likely to replace James Milner in midfield.

These switches would provide freshness in midfield and attack, and another change could come in defence to give an injection of energy at the back.

Klopp has consistently rotated at right-back, and he could again by introducing the revitalised Alexander-Arnold for Joe Gomez, who has played successive 90 minutes in two extremely testing games.

Four changes would be made to the starting XI, and would see the Reds line up like this: Rotated lineups will become a regular feature of the festive period given the unrelenting schedule.

And with a number Klopp’s first-choice core needing rests, and the boss having stated he will utilise his squad as appropriate, another unfamiliar looking team could feature.

Alberto Moreno may be “a machine” as Klopp recently said, but the left-back is one of those desperately needing a break, with his drop in performance in recent games proving so.

It therefore makes sense to change both full-back positions, giving the Spaniard a night off and handing an overdue start to Robertson.

Jordan Henderson would also benefit from a rest after three full games in a week, and with Emre Can available to step in alongside Wijnaldum, the captain should drop out.

Similarly, Mane and Firmino’s return opens an ideal chance to give Mohamed Salah a night to recharge, with it of paramount importance that the influential Egyptian is carefully managed.

The returning duo would therefore join Oxlade-Chamberlain and Philippe Coutinho, which could see a switch to the 4-2-2-2 system used in recent away games with Mane taking Salah’s role as a ‘second striker’ supporting Firmino: A winnable run of games now begins for Liverpool, and it is vital Klopp’s side avoid any further complacency to claim a hugely important victory at the Britannia Stadium.