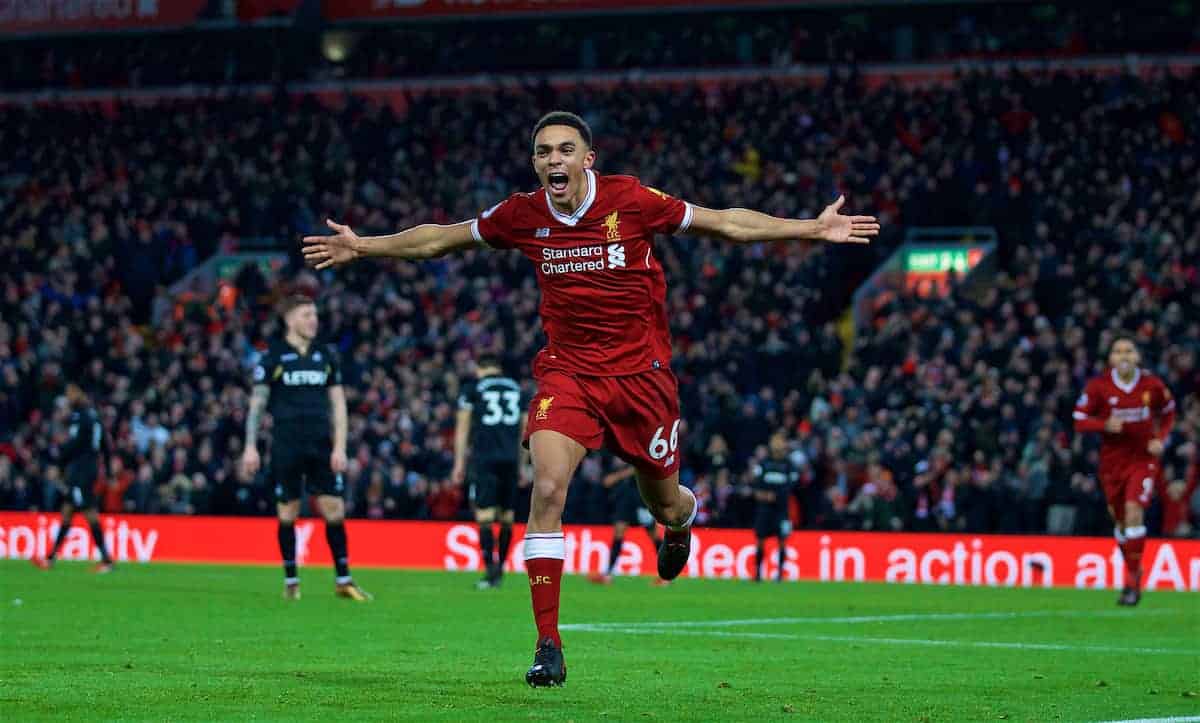 Liverpool romped to a 5-0 win over Swansea City on Boxing Day, as the Reds returned to the Premier League top four.

Last Friday’s 3-3 draw at Arsenal was deeply frustrating and a win was needed at Anfield, after three failed attempts there of late against Chelsea, Everton and West Brom.

The Kop looked tremendous before kick-off, as the home fans hopes to witness victory for their beloved Reds. Philippe Coutinho‘s stunning effort put Liverpool 1-0 up, and the Brazilian cut a happy figure during the celebrations on his 200th appearance for the Reds. Ragnar Klavan and Andrew Robertson were both solid presences at the back, albeit without having much to do defensively. Jurgen Klopp was an animated figure as always, during a frustrating first-half. Roberto Firmino volleyed Klopp’s men into a lead shortly after the restart, easing the tension. Trent Alexander-Arnold‘s superb strike put Liverpool out of sight—it was the 19-year-old’s first goal in front of the Kop. Firmino added a fourth and Alex Oxlade-Chamberlain put the icing on the cake late in the day with his first home goal for his new club. Liverpool threatened to run riot further in the closing stages, but in the end, they had to settle for 5-0.

Next up for the Reds is Saturday’s visit of Leicester City, as they look to strengthen their position in the top-four battle.