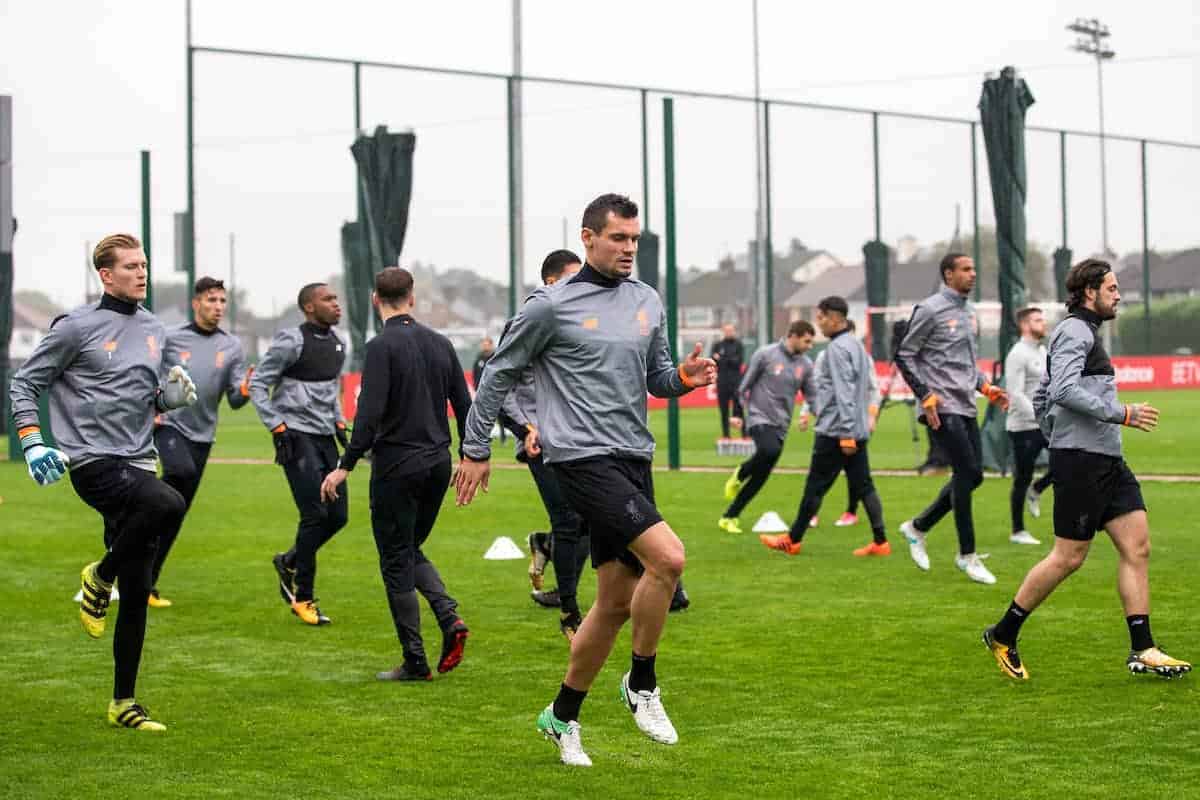 Adam Lallana was part of Liverpool’s squad in training at Melwood ahead of Sunday’s Merseyside derby, but Philippe Coutinho was seemingly absent.

The Reds play their third of eight games in December as they welcome their city rivals to Anfield, looking for their fourth consecutive win.

Jurgen Klopp‘s side were rocked by the withdrawal of Alberto Moreno through injury during Wednesday night’s 7-0 win over Spartak Moscow, and the left-back is set to miss the derby.

But Lallana was a welcome presence among Klopp’s training squad as the German finalises preparations for a crucial home game.

The midfielder joined a strong squad at Melwood, with the Sky Sports cameras watching on, having played just one minute of football so far this season.

Whether he will be considered for Sunday remains to be seen, with Klopp taking a cautious approach to his recovery following a thigh injury, but he may make the bench for the second time.

However, after his goalscoring heroics against Spartak in midweek, Coutinho was not spotted as Klopp oversaw training alongside assistants Peter Krawietz and Zeljko Buvac.

It could be that the Brazilian is merely being rested for a further day, but he has already suffered two different injury problems this season.

Another injury concern who took part in training on Friday was Marko Grujic, with the Serbian suffering a hand injury on Monday that has clearly not impacted his availability.

The only other absentees beyond Moreno and Coutinho were fellow defenders Joel Matip and Nathaniel Clyne, with Klopp’s selection at the back likely to be fairly straightforward.

His options for replacing Moreno are up for debate, though, but James Milner is considered the more likely candidate to start at left-back than Andrew Robertson.

If Coutinho is sidelined, Klopp could retained the midfield duo of Emre Can and Georginio Wijnaldum alongside the returning Jordan Henderson, who he has confirmed would start.

Klopp faces a big decision as to whether he should retain his first-choice forward line of Mohamed Salah, Sadio Mane and Roberto Firmino, who were all part of Friday’s session.

It could be that Klopp opts to rotate his squad for the fifth consecutive game, but securing a result against a resurgent Everton is essential.

Liverpool Squad at Melwood on Friday