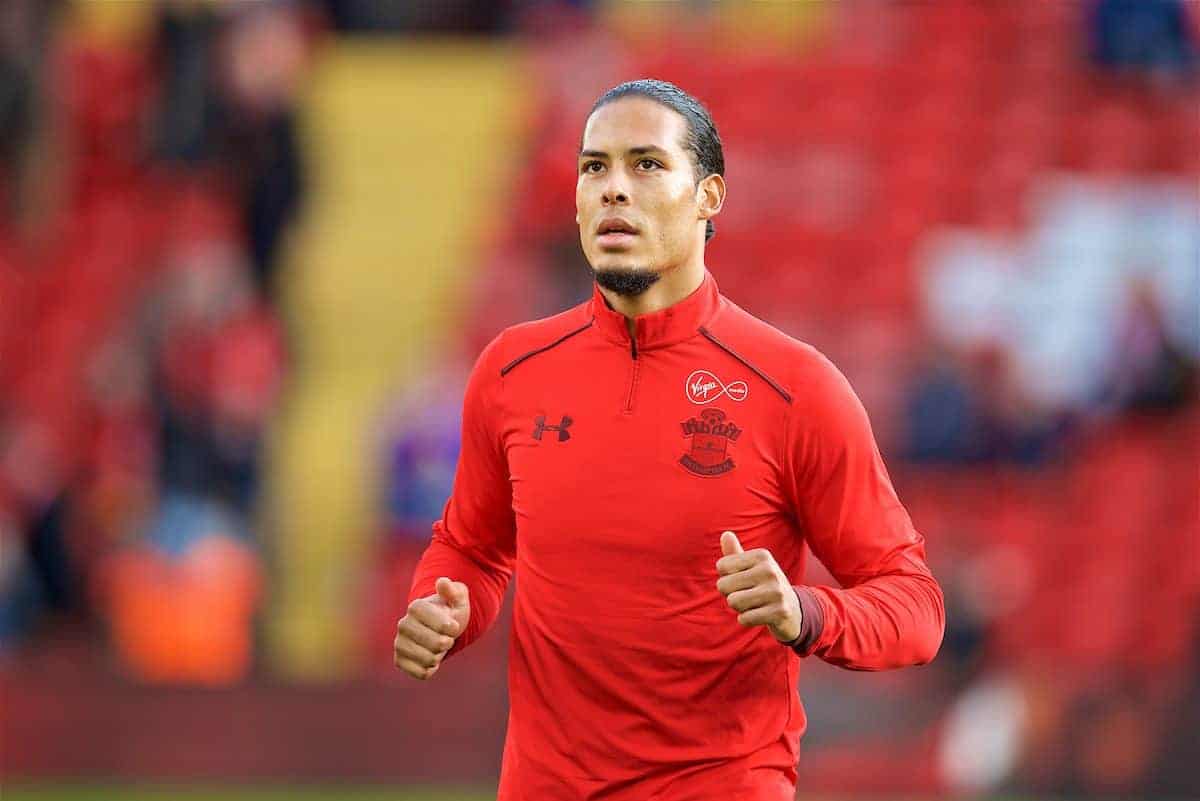 The Reds were stifled in their attempts to lure Van Dijk to Anfield in the summer, withdrawing their interest after threat of a Premier League investigation.

Van Dijk handed in a transfer request in the final weeks of the transfer window, but ultimately remained at St Mary’s, and has made 11 appearances so far this season.

But Liverpool are expected to make a renewed bid to sign the Dutchman next month, as Jurgen Klopp‘s porous defence continues to undermine their momentum.

According to Goal, City are also in the hunt for the 26-year-old, with Pep Guardiola making the addition of a new centre-back his priority.

This comes after City’s own failed attempt to sign Van Dijk ahead of 2017/18, while moves for Jonny Evans, Leonardo Bonucci and Inigo Martinez also fell flat.

Martinez is Guardiola’s other target in the new year, but “Van Dijk is the preferred option,” with an enquiry likely “in the coming weeks.”

However, the Reds may be buoyed by City’s “concerns regarding how he would react if he does not play regularly once Kompany, Stones and Nicolas Otamendi are all fit.”

This could prompt Guardiola to opt for the less high-profile option in Martinez, who would also be considerably cheaper at £28.12 million. Liverpool themselves have few alternatives to the former Celtic defender, with West Brom‘s Ahmed Hegazi the only other centre-back convincingly linked with a move to Merseyside of late.

Given the Baggies have an option to sign Hegazi on a permanent deal, and no other clubs can weigh in on negotiations, this once again narrows the Reds’ candidates down to one.

They were willing to pay a world-record fee to sign Van Dijk in the summer, but with Southampton not looking to part ways with another of their key players, this proved futile.

However, Van Dijk’s waning popularity on the south coast, and the performances of the likes of Maya Yoshida and Jack Stephens in his stead earlier in the season, could tempt the Saints to part ways.

Klopp has struggled to establish a consistent centre-back pairing so far this term, with Joel Matip and Dejan Lovren both struggling with injuries.

Liverpool can be expected to go big on Van Dijk again in January, and the hope will be that they can fend off City and secure a deal this time around.