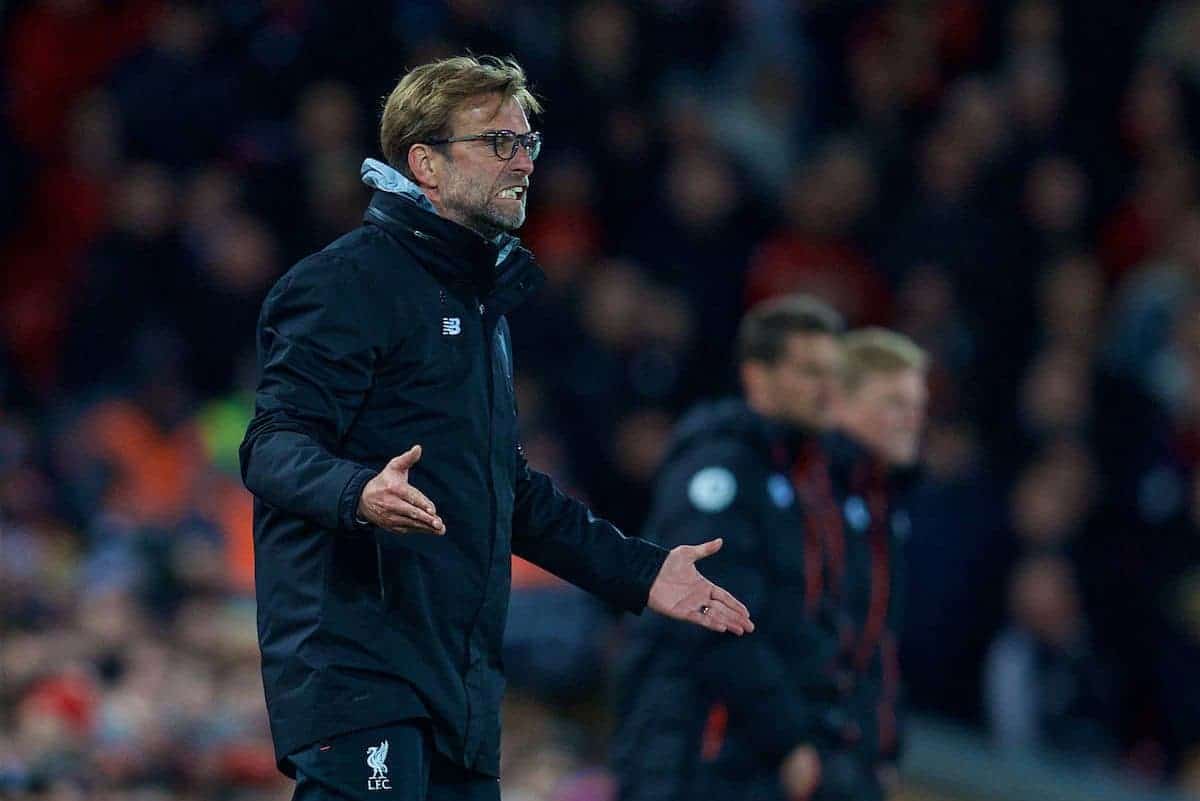 A fortnight ago Liverpool thrashed Brighton 5-1 and it’s a return to the south coast this weekend as the Reds travel to Bournemouth.

The two sides have only ever met four times in the league before this, with Liverpool claiming the three points twice and last season’s game at Dean Court providing Bournemouth with their first ever win over the Reds.

Eddie Howe’s side came from 2-0 and 3-1 down to win 4-3. Sadio Mane and Divock Origi midway through the opening half. Callum Wilson’s penalty halved the deficit on 56 before Emre Can restored the 2-goal advantage. Ryan Fraser (76), Steve Cook (79) levelled before Nathan Ake’s 93rd minute winner.

This will be the 12th meeting of the clubs in all competitions with Liverpool winning 7 and drawing 3. The Reds have scored 23 and conceded 11.

In the 6 previous meetings at Dean Court Liverpool have won 3 with 2 draws and a defeat.

There have been 15 goals scored in the 4 league meetings.

Last season’s match is Bournemouth‘s only win over Liverpool in 11 meetings in league and cup.

Liverpool’s defeat on this ground last season was the first time the Reds had lost a league game 4-3 since the defeat at Leeds in November 2000.

Liverpool have scored 20 goals in the last 8 away league games this season, with 12 coming in the last 3 on the road. In all competitions, they have netted 23 times in the last 6 away from home. The Reds last scored 3 or more in 4 successive away league games in a sequence from Feb-March 2014 when they hit 3 at Fulham, Southampton and Manchester United before hitting 6 at Cardiff.

They last achieved the feat on 5 opponents grounds in a row in January 1982 when netting 4 at Swansea (F.A. Cup), 3 at Barnsley (League Cup), 3 at Sunderland (F.A. Cup), 4 in a league game at Notts County and 3 at Aston Villa, also in the top-flight.

The Reds have conceded 2 goals in their last 5 games in league and cup – both of them penalties.

Jordon Ibe played 58 times for Liverpool – including starts in all 3 meetings with the Cherries in 2015-16 – scoring 4 times.

In the league he netted once in 41 appearances – at West Brom in May 2016 on the final day of the campaign.

He has started 20 of 55 league games following his transfer.

Brad Smith, who made his first Premier League start for Liverpool on this ground in 2016, played 11 games for the Reds, with 5 coming in the top-flight.

Bournemouth have lost 5 of their last 12 home league games – 4 of those in 8 matches this season.

In those 8 home games they have shipped just 9 goals.

They have won one of their last 5 top-flight home fixtures – they defeated Huddersfield 4-0 with Callum Wilson netting a hat-trick. Their other home victory came when they beat Brighton 2-1 in September.

The Cherries have not won in the last 5 games, picking up 3 points from a possible 15.

Since earning promotion in 2015, Bournemouth have taken 13 points from a possible 87 against the ‘top six’ teams in the Premier League (29 games).

Scorers this season: (league in brackets):