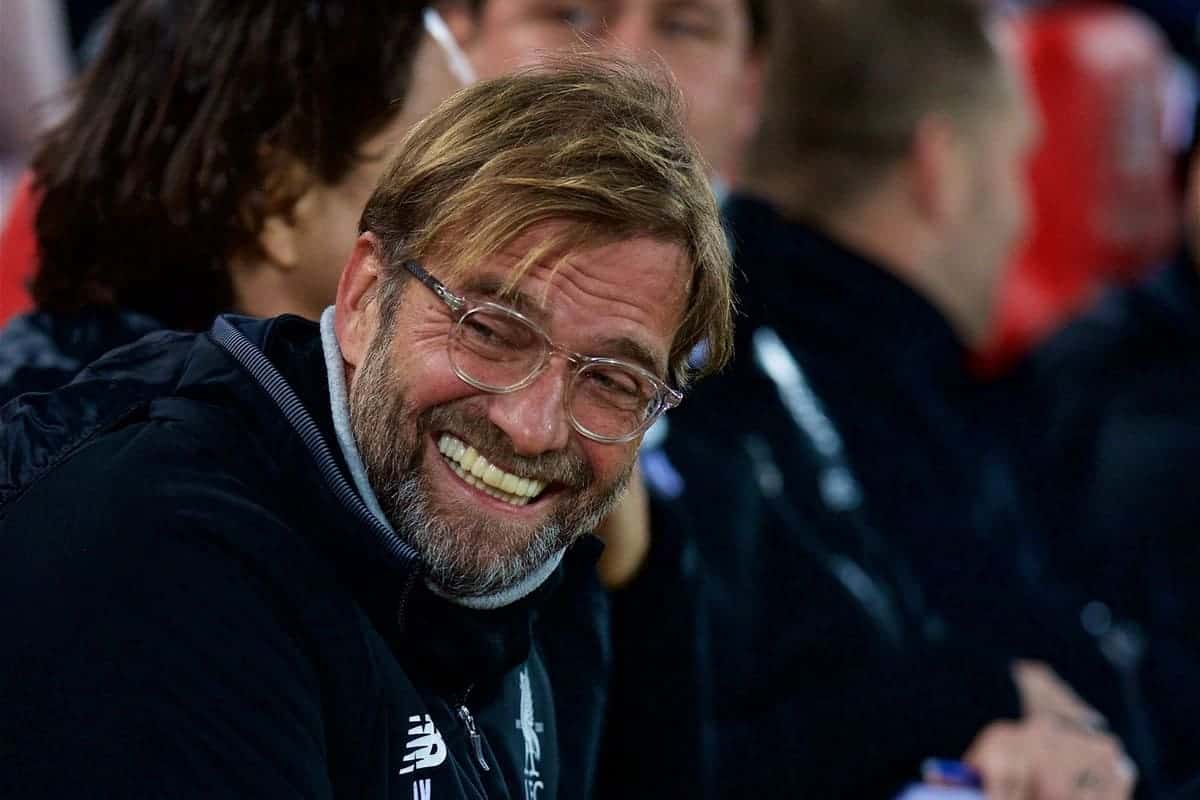 Liverpool head to Bournemouth for a Premier League clash on Sunday, with consecutive home draws putting pressure on for a win at Dean Court.

If the 1-1 draw against Everton was infuriating, the stalemate that followed at home to West Brom was just downright poor.

Liverpool were never at the races against the Baggies in midweek, despite the ‘Fab Four’ all starting, and their top-four chances have been dealt a blow after dropping four points in as many days.

This weekend must see Klopp’s men get back to winning ways at Bournemouth, but it will arguably be tougher than their last two outings.

The Cherries showed last season what they are capable of at Dean Court, defeating Liverpool 4-3 in the dying seconds, and something similar on Sunday would be disastrous.

Despite some negativity returning of late, the Merseysiders are still unbeaten in 11 matches, dating all the way back to the 4-1 loss at Tottenham on October 22.

Liverpool are tough to beat, even though seven draws out of 17 in the league is too many, and they remain right in the Champions League mix.

Klopp’s rotation has sparked plenty of debate recently, and it will be interesting to see who he goes with this weekend.

One thing is for sure: more dropped points would see plenty of criticism head in the manager’s direction, regardless of who is selected.

Joel Matip and Nathaniel Clyne are still unavailable for Liverpool, although both are progressing nicely, according to Klopp.

Adam Lallana is expected to be part of the matchday squad, which is a big boost, while Daniel Sturridge‘s involvement remains up in the air.

Emre Can is suspended for the game, having picked up his fifth domestic yellow card of the season against West Brom, which means Jordan Henderson will come back into the side.

Simon Mignolet will return in place of Loris Karius, despite the German doing well on Wednesday, and Joe Gomez and James Milner could replace Trent Alexander-Arnold and Andrew Robertson.

Gomez, Robertson and Milner are all expected to recover from knocks.

Sadio Mane has struggled for form of late, so benching him potentially makes sense. Alex Oxlade-Chamberlain and Dominic Solanke will be raring to go, if any of the ‘Fab Four’ are not involved.

Adam Federici, Tyrone Mings and ex-Liverpool defender Brad Smith are all out for Bournemouth, but Howe has no injuries to key men.

Last 5 vs. Bournemouth (All Competitions) Away fans’ pubs: The Bell Inn in Pokesdown, otherwise you may have to head into the town centre.

Last season’s 4-3 triumph was the only time Bournemouth have ever beaten Liverpool in their history, having faced each other 11 times in total.

The Reds have won seven and drawn three of their other 10 meetings with Sunday’s hosts.

Klopp knows an improved performance is required against Bournemouth, and he has backed his players to deliver one at Dean Court:

“Against West Brom we didn’t deserve luck. It was not a good performance, it was not as good as we could’ve have played.

“We weren’t fluid, our passing was not at its best—but there haven’t been a lot of ‘not good’ games recently.

The match is live on Sky Sports Main Event on Sunday, with coverage getting underway at 4.15pm (GMT). Kick off is at 4.30pm.

Our matchday live blog will be available from 3.45pm, with Ben Twelves tasked with talking you through a much-needed Liverpool victory.