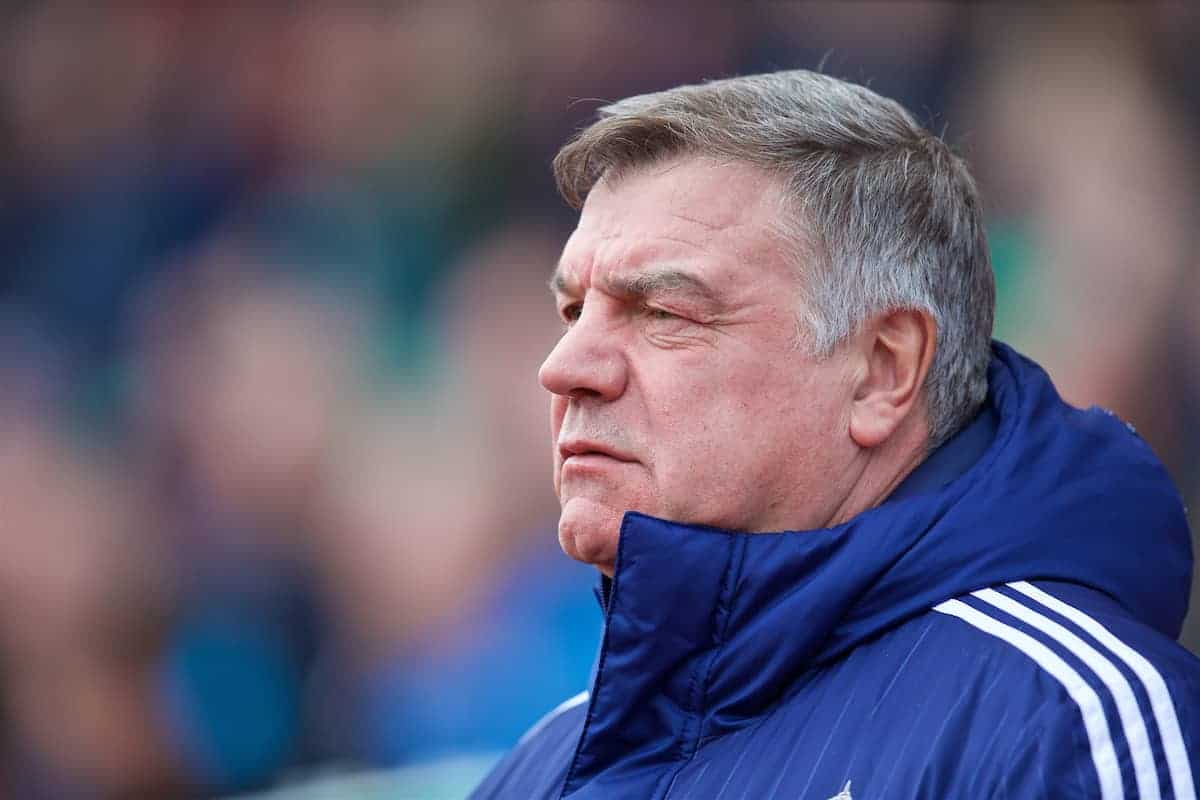 Klopp has faced off against Allardyce on three occasions so far in his career, heralding one win, one draw and a loss, the latter coming in their most recent meeting.

That day saw Allardyce’s Crystal Palace side spring a surprise at Anfield, sealing a 2-1 smash-and-grab win on Merseyside through a Christian Benteke double at the end of last season.

Palace saw just 27.7 percent of possession and created six chances resulting in three shots on target, but stunned a dominant Liverpool to take all three points.

Given Allardyce’s reputation as a frustrating opponent, this is a very real threat for the Reds on Sunday.

And speaking ahead of his side’s trip across Stanley Park, Allardyce suggested Everton could take a similar approach as they look to exploit Liverpool’s weaknesses.

“We made 26 passes before we scored last night, but will we have the room to play 26 passes?” he said, recalling the Toffees’ 3-0 win away to Apollon Limassol in the Europa League on Thursday.

“If they have a high press, then why would we try to play out of the back? You’ll find out on Sunday.

“Playing the right way against Liverpool is what we have to do, it’s what we did at Palace, we played our tactics and they were better than theirs.”

Liverpool head into the weekend’s derby on the back of a stunning 7-0 win at home to Spartak Moscow in the Champions League.

That night saw all of Klopp’s ‘Fab Four’ fire, with Philippe Coutinho scoring a hat-trick, Sadio Mane netting a brace and both Roberto Firmino and Mohamed Salah also on the scoresheet.

It remains to be seen whether Klopp retains all four of his key forwards on Sunday, particularly with Coutinho seemingly missing training on Friday.

But Allardyce has stressed his side will be wary of any threat Liverpool have up front, looking to punish them with any chances Everton create at the other end.

“That’s the hard bit. The runs they make, their finishing ability has increased, they don’t have to rely on one goalscorer.

“If we’re not going to be clinical then we’re going to struggle getting out of our own half.

“We won at Palace last year and that’s after going 1-0 down, have to look at that area, but yet again the team of Liverpool is playing much better.”

Encouragingly, however, the Reds have displayed an improved ability to defeat deep-sitting sides this season, most recently in the 5-1 win away to Brighton last Saturday.

The hope will be that Klopp uses his experience of clashes with Allardyce and prepares Liverpool for a long slog at Anfield—and another crucial three points.