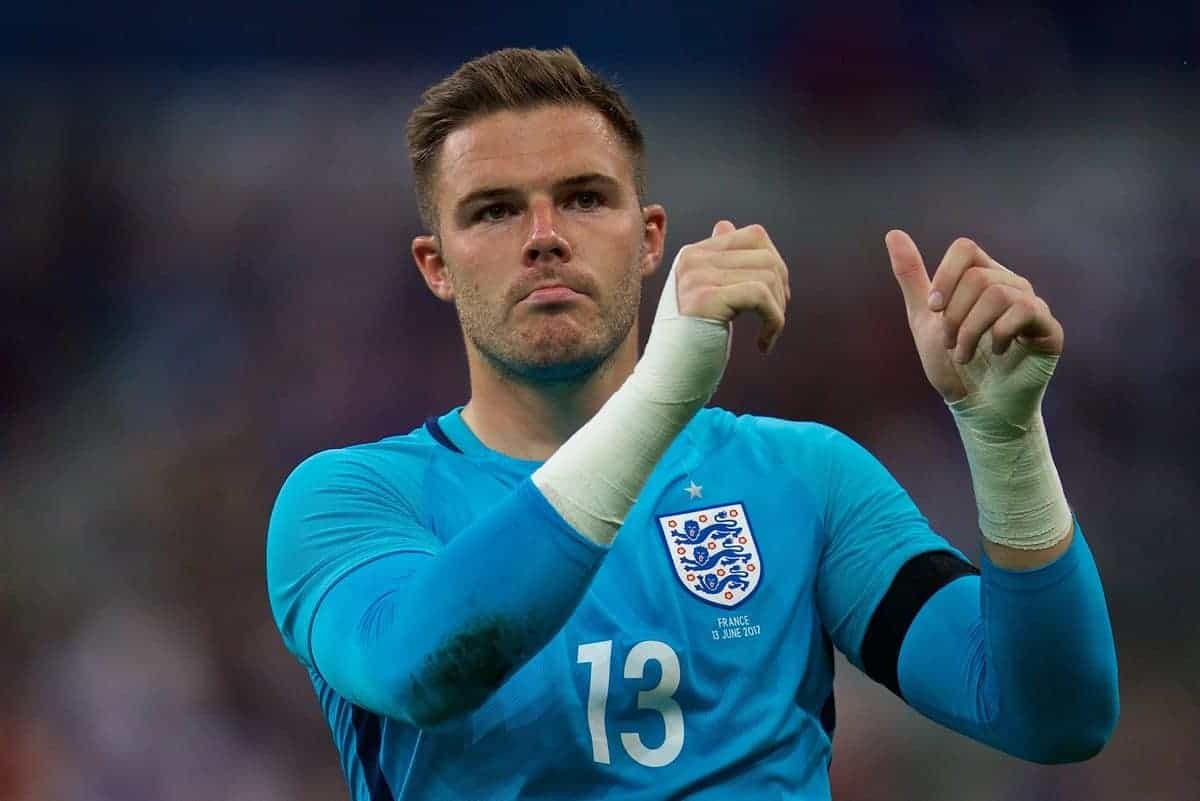 Stoke City goalkeeper Jack Butland is reportedly prepared to turn down a possible £30 million move to Chelsea, as he favours joining Liverpool.

The Reds have already completed their first big-money move of the January transfer window, with a club-record deal to sign Virgil van Dijk for £75 million.

This highlights Jurgen Klopp‘s ambitions for the campaign ahead, and it could be that there are further signings in the offing next month.

Klopp is also planning for the long term, however, and his main man between the sticks remains an issue.

Simon Mignolet has struggled for consistency since joining Liverpool from Sunderland in 2013, with his performances decidedly limited despite some clear positives.

And with both Loris Karius and Danny Ward unable to establish themselves as an alternative as first choice, it could be that Klopp turns elsewhere.

According to football.london, Butland is “keen on a move” to Merseyside next summer, despite interest from Chelsea.

Stoke would reportedly demand a fee of “more than £30 million” as they look to surpass the fee Everton paid to sign Jordan Pickford from Sunderland in 2017.

There is nothing concrete in terms of Liverpool’s interest at this stage, however, with Butland “not believed to be the top target,” but Klopp is routinely exploring his options. Butland has impressed since making the measured move to Stoke from Birmingham City in 2013, turning down both Chelsea and Man City to join the Potters for £3.5 million.

Though he was initially behind both Asmir Begovic and Thomas Sorensen at the Britannia Stadium, after loans with Barnsley, Leeds United and Derby County he claimed the No. 1 spot.

He has now made 68 appearances for Stoke, keeping 19 clean sheets in a side regularly battling for a mid-table finish in the Premier League.

His 2016/17 campaign was marred by a fractured ankle that saw him play just five times, but the 24-year-old has since returned to full fitness and regained form.

Though he is a well-built 6’5″, Butland is an agile stopper with a strong command of his penalty area, and he is adept at operating in a front-footed system, quick to come off his line.

Speaking in September, the Bristol native outlined his ambition to play in the Champions League and secure the role of England’s first choice.

“I’ve always said and I’ve never hid the fact that I want to play at the top, be England’s No. 1 and win trophies. While I’m at Stoke, I’ll always try to do that,” he said.

“But me and the fans, they know I have targets and ambitions, and they’d be happy for me if [playing in the Champions League] happened.”

Butland has seemingly already come to terms with the prospect of leaving Stoke to fulfil his dream, and at Liverpool he would certainly stand a much better chance of doing so.