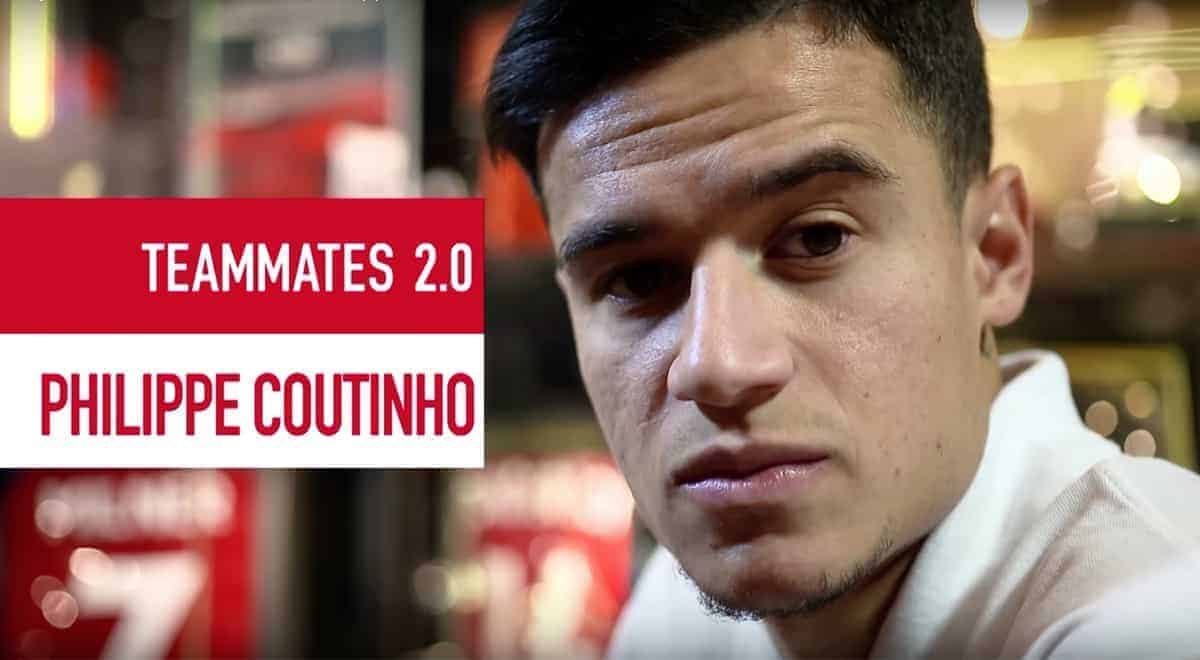 Watch as Philippe Coutinho sat down with Soccer AM’s Tubes for their ‘Teammates 2.0’ series, dishing the dirt on the rest of the Liverpool squad.

The Brazilian already detailed his dream 5-a-side in November, naming both Steven Gerrard and Luis Suarez in his selection of those he’d played with in his career.

And next up he turned his attention to his current team-mates, taking part in a quick-fire Q&A to give an insight into the dressing room at Anfield.

While there may be some debate as to which of Mohamed Salah and Sadio Mane is the fastest player, Coutinho didn’t hesitate in choosing the Egyptian, saying “he’s crazy.”

Perhaps unsurprisingly, he highlighted Simon Mignolet as the Reds’ most intelligent player, with the Belgian boasting a degree in political sciences.

“He can speak a lot of languages, he’s very, very intelligent. He can speak with you about anything; he knows everything,” he said.

Coutinho’s compatriot Roberto Firmino came into the firing line when it came to the messiest in the changing room.

And the No. 10 didn’t need to think twice when asked about the worst dressed, saying: “That’s easy, Dejan Lovren. Always shit clothes!”

After a summer of uncertainty due to interest from Barcelona, Coutinho has hit top form for the Reds this term so far, scoring 10 goals and assisting eight in 17 appearances.

The hope will be that he at least stays with the Reds until the end of the season, as he has proved so crucial to Jurgen Klopp.