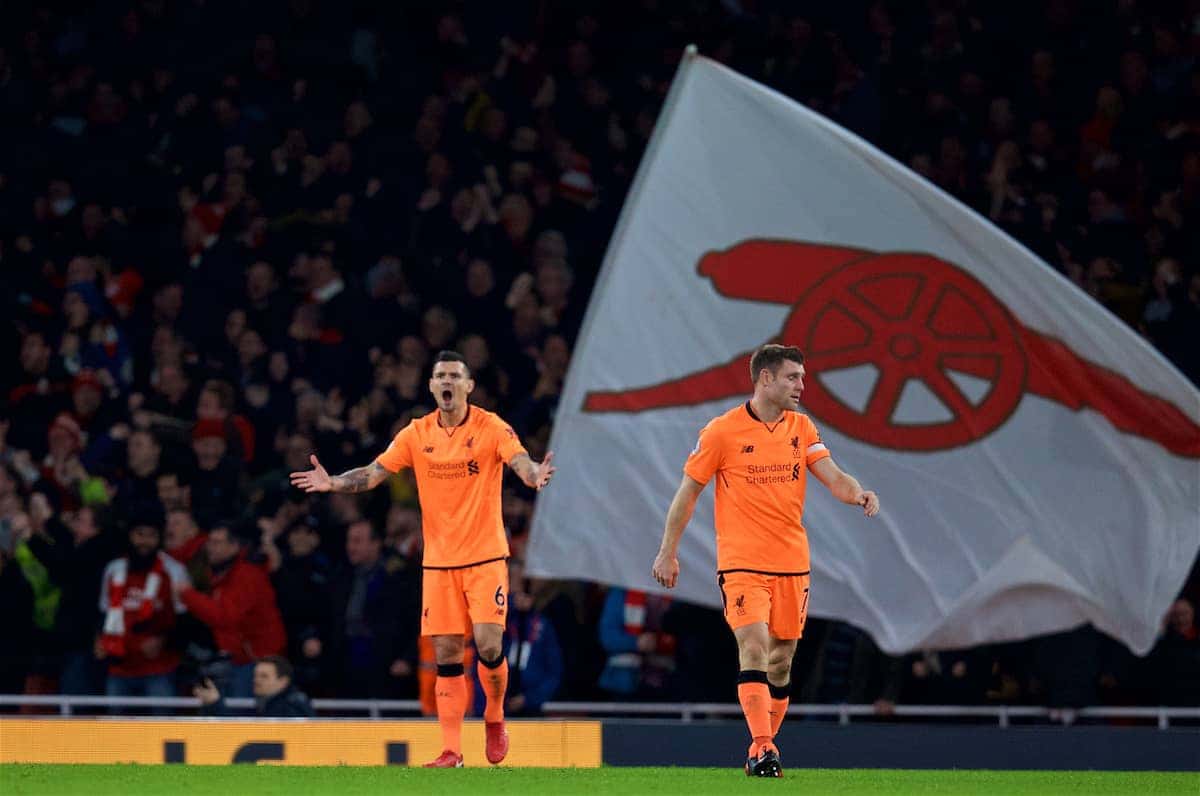 James Milner believes Liverpool need to become a bit “more boring” after they shared the spoils from a 3-3 draw with Arsenal at the Emirates Stadium.

The Reds were 2-0 up through goals from Philippe Coutinho and Mohamed Salah before three quickfire strikes in the second half from Alexis Sanchez, Granit Xhaka and Mesut Ozil put the home side ahead only for Roberto Firmino to earn the visitors a draw.

Milner told Sky Sports Premier League: “When you are in a position like that at this level you’ve got to see the game out. We have got to become more boring.

“There are times in the game when you’ve got to tighten up and not make those mistakes for five minutes. All the goals were our fault really and that’s something we have to learn from.

“We play such good football going forward and maybe sometimes we need to switch that off for five or 10 minutes.

“We need to play it a bit tighter and keep the ball a bit longer rather than trying to break all the time.”

Arsenal midfielder Jack Wilshere said his side had been too cautious in the first half.

He said: “We didn’t do ourselves justice in the first half. We were scared to play our game. We allowed them to take the game to us.

“[In the second half] we were much better, we were on the front foot. We will be disappointed not to win the game.”