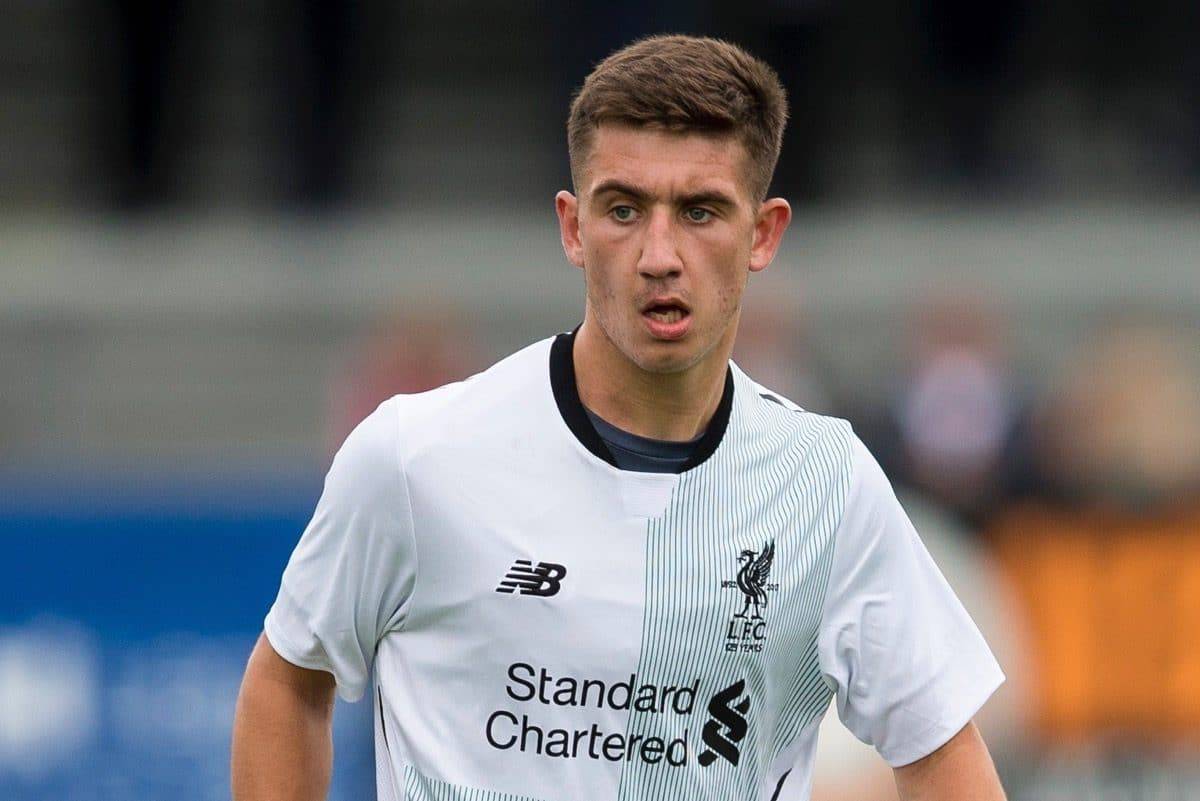 Liverpool midfielder Cameron Brannagan has completed a permanent move to League One side Oxford United, ending his long spell on Merseyside.

Brannagan joined the Reds as a five-year-old in 2001, progressing through the ranks at Kirkby before making his first-team debut in 2015.

That season saw the midfielder make nine appearances under Brendan Rodgers and Jurgen Klopp, with the latter handing him his full Premier League debut away to West Brom in 2016.

However, that proved to be Brannagan’s last senior outing for Liverpool, since being demoted to the U23s squad.

With his deal set to expire at the end of the campaign, Liverpool agreed an undisclosed fee – reported to be £200,000 – with Oxford for the 21-year-old this month.

Brannagan has completed a medical with the League One outfit and signed a three-and-a-half-year contract, with the U’s currently managed by former Swansea City assistant Pep Clotet.

They are hopeful of sealing a playoff place in the second half of the season, and the addition of Brannagan could boost their chances.

Back in 2015, Klopp described the youngster as having “everything you need for a midfield player,” with his technical quality particularly impressive.

But his exit represents a worrying downturn in fortunes for a player previously touted with moves to Real Madrid and Barcelona.

Though a series of minor injuries have thwarted his progress, he rarely trained under Klopp at Melwood after the 2015/16 season, most recently appearing during the October international break.

Now, he will look to settle into life in Oxford, where he can kickstart his flagging career and fulfil his vast potential.

All the best, Cameron.