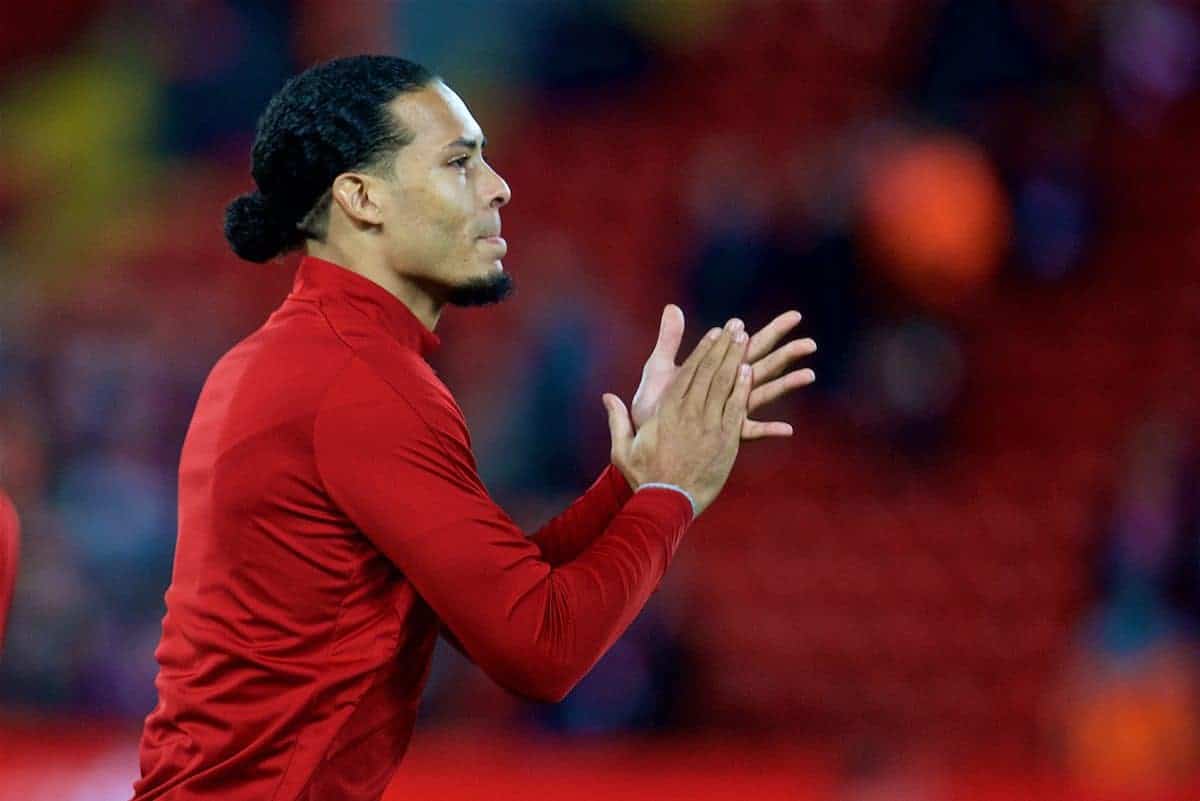 Jurgen Klopp has named Virgil van Dijk in his Liverpool lineup for Friday night’s FA Cup third-round clash with Everton, making six changes from the side that played at Burnley on New Year’s Day.

The Reds welcome their city rivals across Stanley Park for the second time in just under a month as they bid for the next round of England’s most prestigious cup competition.

Having been held to a 1-1 draw against Sam Allardyce’s side in December, Liverpool will be eager for a more comfortable night this time out.

And after vowing to name “a lineup that shows all the respect that we have for the FA Cup,” Klopp has fielded a much-changed side to that which won 2-1 at Turf Moor on Monday.

Loris Karius takes over from Simon Mignolet in goal, with the Belgian given the night off as Danny Ward assumes duties on the substitutes’ bench.

Ahead of Karius in Klopp’s back four, Van Dijk is partnered by Joel Matip, with Joe Gomez and Andy Robertson at full-back.

In midfield, Emre Can is set to be flanked by Adam Lallana and James Milner.

With both Mohamed Salah (groin) and Philippe Coutinho (thigh) sidelined with injury, Roberto Firmino, Alex Oxlade-Chamberlain and Sadio Mane are deployed in Klopp’s forward line—despite the latter being in Africa last night for an awards ceremony.

Liverpool are on a run of 16 games without defeat, and haven’t lost to Everton since 2010, but with Allardyce’s side growing in fluency by the game, they will be aware of the challenge ahead.