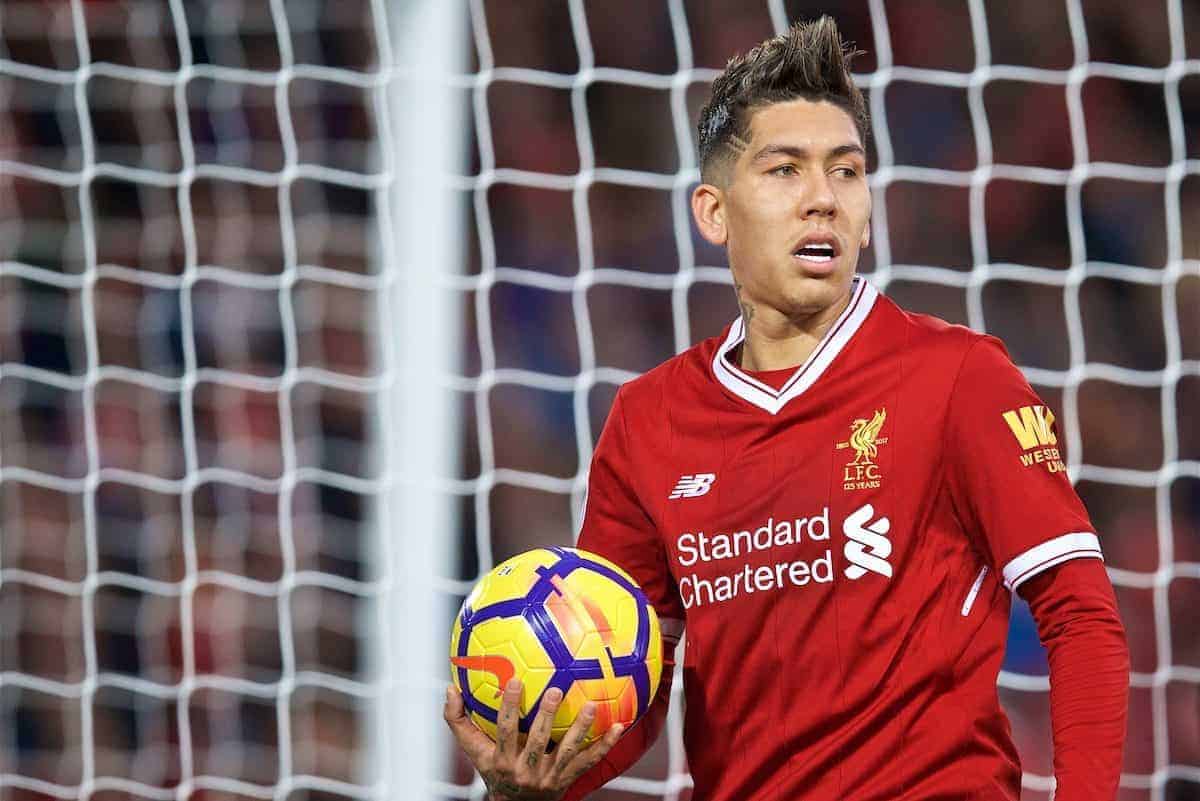 Jamie Carragher has praised the all-round qualities of Liverpool forward Roberto Firmino, suggesting the Brazilian isn’t as appreciated as he might be.

The Reds’ No. 9 was in scintillating form against Man City at the weekend, spearheading the attack as well as contributing defensively.

He scored a tremendous goal to put the Reds ahead and on their way to victory in the second half, the second of four on the day, and his entire approach epitomised the performance of Jurgen Klopp‘s side.

Former Reds defender Carragher, speaking on Sky Sports, said that Firmino’s contribution made him the go-to man for the manager—and that not enough people outside of Anfield’s confines realised just how good he is.

“Firmino is one of the most underrated players in the Premier League,” Carragher said after the match.

“He’s highly rated by Jurgen Klopp but outside Liverpool he’s not mentioned when talked about top strikers.

“He’s got 17 goals this season—he’s the first name on the team-sheet.

“Yes, you’ve got [Mohamed] Salah and [Sadio] Mane, but Firmino’s hold-up play and work off the ball makes him one of the best attacking players in the Premier League. He’s a top player.”

While Firmino’s haul is impressive, especially considering the amount he contributes off the ball and in other areas of the pitch, it is Salah who has so regularly been making the headlines.

Liverpool’s fourth against City—the eventual match-winner—was a meticulously placed 35-yard lob from the Egyptian, marking his 18th league goal of the season and 24th in all competitions.

Carragher pointed out that few players in the Reds’ history could have made a quicker, better impression.

“The start Salah’s made, I can’t actually think of a Liverpool signing who’s ever in the history of the club made a better start,” the ex-defender claimed.

“Luis Suarez may be a better signing all in all over three or four years, but in terms of the actual start, as soon as you come into the club.

“John Barnes when he came in the late 80s he was fantastic as soon as he came in.

“I can’t think of too many others who have made the impact.”

With both Salah and Firmino firing on all cylinders, Liverpool are a real force to be reckoned with.

The duo now have 28 Premier League goals between them this season; by comparison, City’s top two—Raheem Sterling and Sergio Aguero—have 27 and Tottenham‘s Harry Kane and Son Heung-min have 28 also.

No other pairing come close to such numbers this term in England’s top flight.