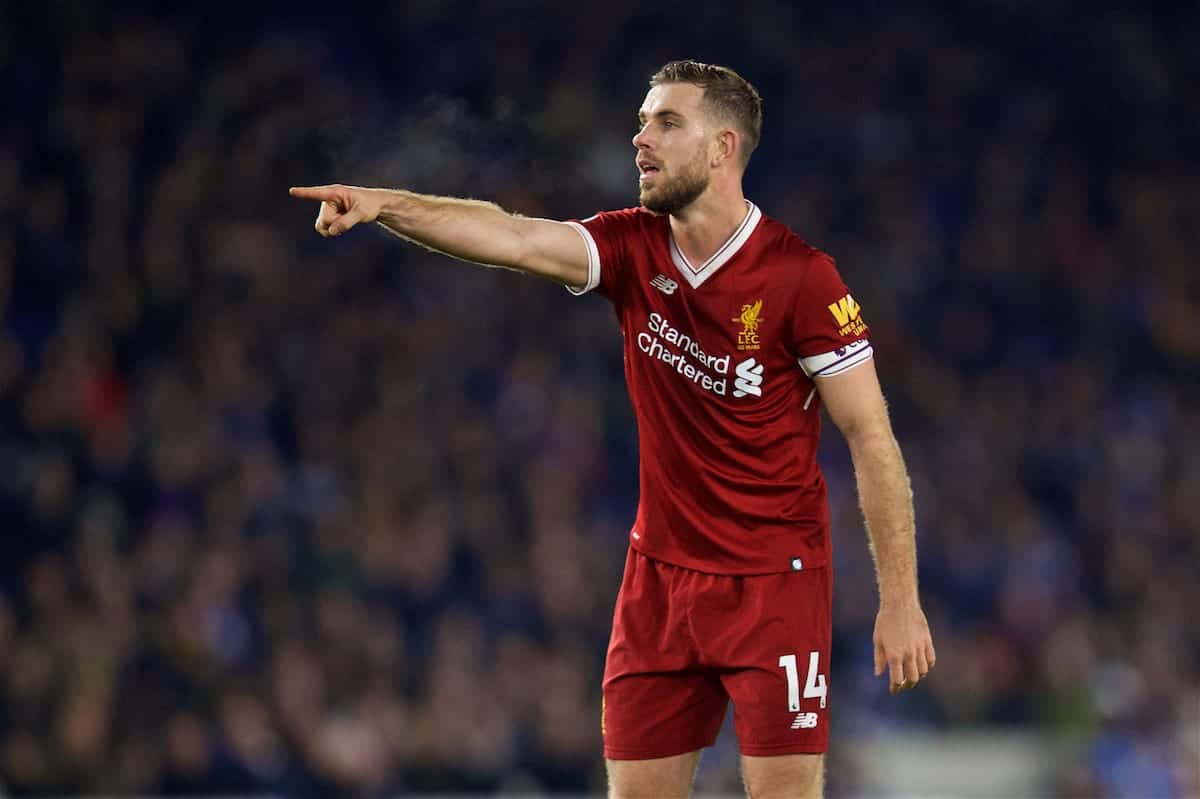 The Reds skipper made his first start since December 22 after a hamstring injury and it was a confident return in the 3-0 win at Huddersfield.

Henderson has his critics but Klopp does not understand why the 27-year-old provokes such a negative reaction in some quarters.

“For me, it is quite difficult to talk about the obvious things,” said the Reds boss.

“Jordan Henderson is a very good footballer; he is an England international player and for us our skipper. He may [even] skipper England, I have no clue.

“How can he not be a brilliant player when he is a Liverpool player? If somebody doesn’t see his value, what can I do?

“Do you think after what I’ve said now they will see his value? I am not sure. I am happy he is back, very happy.”

Henderson’s return to the deeper-lying central midfield role allowed Emre Can, who has been Henderson’s deputy both in position and in terms of wearing the armband, more freedom.

He responded with the vital opening goal and a much-improved performance after last weekend’s FA Cup exit to West Brom.

Klopp was pleased with the reaction from the Germany international, the only midfielder to retain his place after Saturday, but has warned no-one should feel comfortable with their place in the side.

“Emre was not brilliant in the last game and played again and was really good and very important,” the Reds boss added.

“That Milly and Hendo are good and important players for us is not a surprise for me.

“In this system, Gini and Oxlade didn’t start [but are] very important players as well. A little bit of pressure is not bad.

“If you have to perform to stay on the pitch, it’s no problem. Sometimes we rotate because of physical things but usually you do it because of who looks better and who is maybe a little bit sharper.

“The boys wanted it and it helped that they had this kind of attitude, for sure.”

Klopp is anticipating a quiet transfer deadline day with a few departures as Lazar Markovic has to decide between a loan at Wolfsburg and Swansea while U23 midfielder Ovie Ejaria is set for a temporary move to Sunderland.

He has reiterated, however, striker Danny Ings will not be leaving.

“It would be funny if somebody calls about Ingsy—I would love to respond: No chance!” he said.

“We will see what happens but there is no chance that Ingsy is on the market—only if I’m unconscious.

“Maybe something happens. It’s clear who is a little bit [available].”