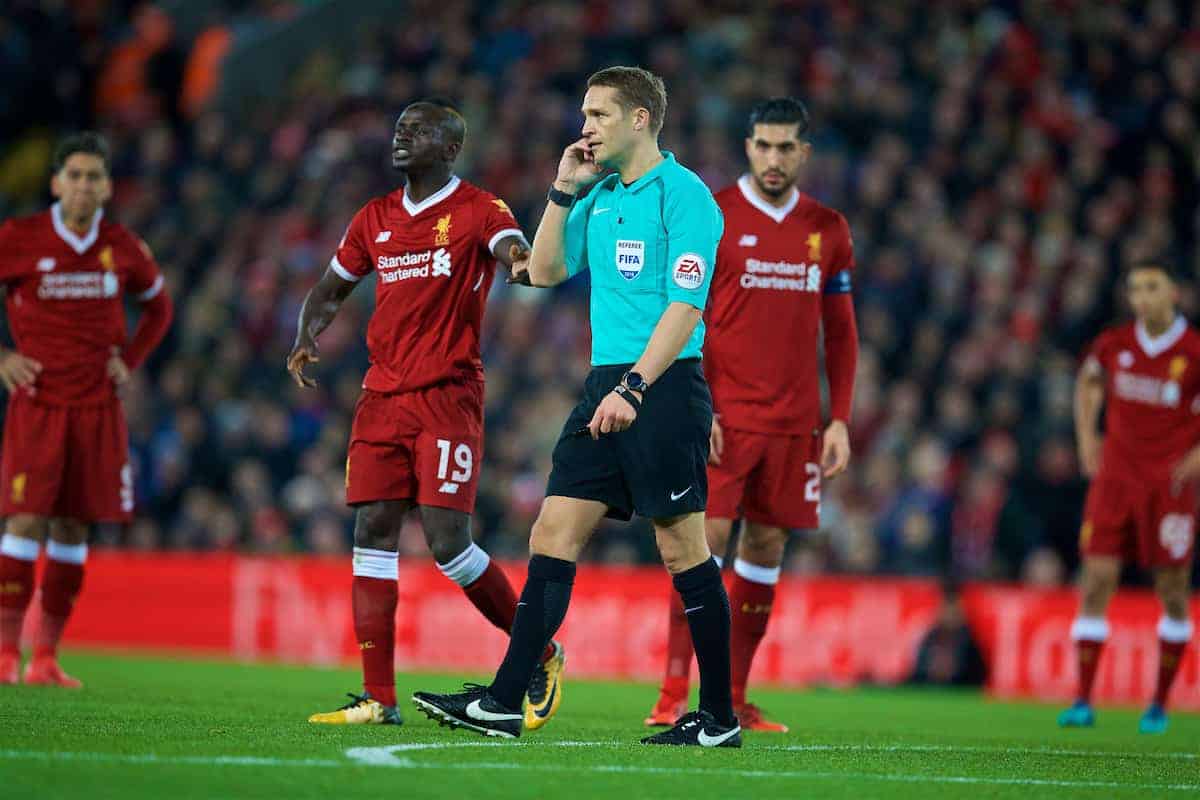 Liverpool’s 3-2 loss to West Brom in the FA Cup fourth round on Saturday night was dominated by a significant influence of the video assistant referee.

Given just four days between their chastening defeat at Swansea City on Monday night and the visit of Alan Pardew’s West Brom, the Reds were tasked with an immediate response in the FA Cup.

Having been caught without an answer at the Liberty Stadium at the start of the week, Liverpool returned to Anfield looking for a turnaround.

But this season the German has the squad depth to set his sights on silverware on the domestic stage, making just three changes to the side that lost in south Wales.

With Mohamed Salah, Sadio Mane and Roberto Firmino part of his starting lineup, Klopp will have been confident he had the firepower to secure progress to the fifth round, but instead he witnessed a laughable display. It took the Reds just five minutes to find the back of the net, with Salah taking advantage of an error from Jonny Evans to allow Firmino to lob Ben Foster for the opener.

But Liverpool were ahead for a mere 68 seconds, as Jay Rodriguez hammered home a stunning effort to equalise in style.

And the former Southampton striker had doubled his tally shortly after, tapping home from Kieran Gibbs’ cross as Klopp’s defensive line fell apart.

The Reds narrowly avoided further misery being heaped on them before the 20-minute mark, with referee Craig Pawson calling on VAR to rule out Craig Dawson’s header for offside.

Then, with Salah brought down in the penalty area, Pawson consulted the pitch-side monitor to award Liverpool with a spot-kick, but with Firmino stepping up the Brazilian fired it against the bar.

This kept the hosts in the game, but they were unable to level the scores before the break, and instead West Brom extended their lead in the closing stages through a Joel Matip own goal.

The relentless intensity halted at the break, but Liverpool were still unable to gain a foothold as West Brom presided over their two-goal lead.

Such was his side’s hopelessness Klopp opted to make a triple substitution before the hour mark, sending on the agricultural trio of Jordan Henderson, James Milner and Danny Ings.

The Reds did take control after those changes, and both Milner and Ings tested the impressive Foster with powerful efforts as they continued to knock on the door.

They did reduce the deficit with just over 10 minutes to play, however, with Trent Alexander-Arnold‘s cross rebounding off Firmino into the path of Salah, who buried his chance to make it 3-2.

Unfortunately, despite dominating in the final minutes, this proved to be the last goal, with Klopp suffering an exit in the fourth round of the FA Cup for the third consecutive season.