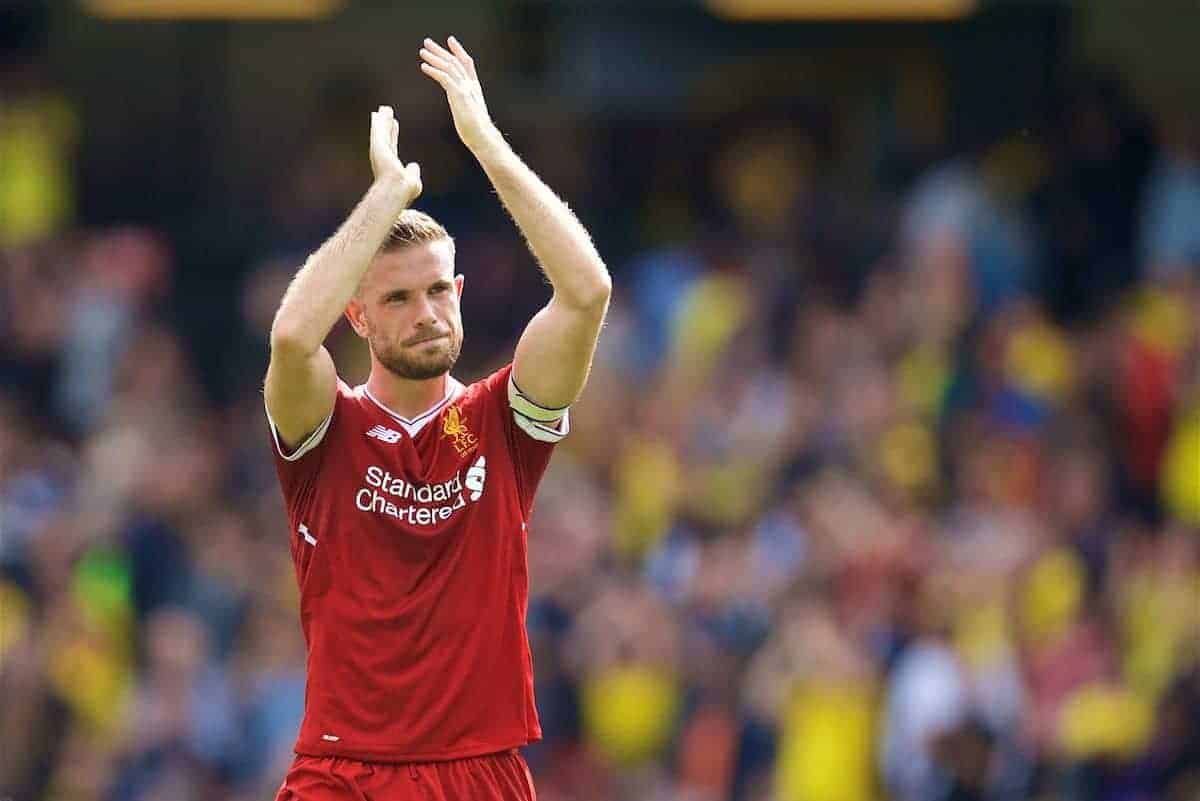 Jordan Henderson is back in training with the first team, with the Liverpool captain having been sidelined through injury since December 22.

The No. 14 has been absent from the midfield line since going off against Arsenal, missing four Premier League matches and the FA Cup win over Everton since then.

In his absence, the centre of the park has changed somewhat, with Philippe Coutinho being sold, Emre Can taking over as the regular No. 6 and Alex Oxlade-Chamberlain moving in from a wing role to the centre on more than one occasion.

Now Jurgen Klopp will find his options boosted once more with the news that Henderson has returned to first-team training.

The Reds don’t play again until Monday evening, leaving another three days of training ground action for Henderson to prove his fitness and be involved.

He has completed 14 full 90-minute outings in the league this season, along with a further four in cup competitions, after suffering two years of regular injuries recently.

While Henderson may have a big battle on his hands now to regain his first-team berth immediately, with performances and results impressive in his absence, there will again come a time for Klopp to rotate heavily.

Liverpool remaining fighting on three fronts heading into the second half of the season and a fully fit Henderson could play a valuable tactical role.

While he has most frequently been used as the deepest midfielder in a three this term, Henderson could perform a similar role to that which Oxlade-Chamberlain has at times as the fluid midfield switches from a three to a four, drifting into the channels in-play.

Furthermore with Emre Can‘s future still unresolved, it’s vital Klopp has all his players fit and available and fully focused on completing a successful season—hopefully with Henderson lifting silverware at the end of it.