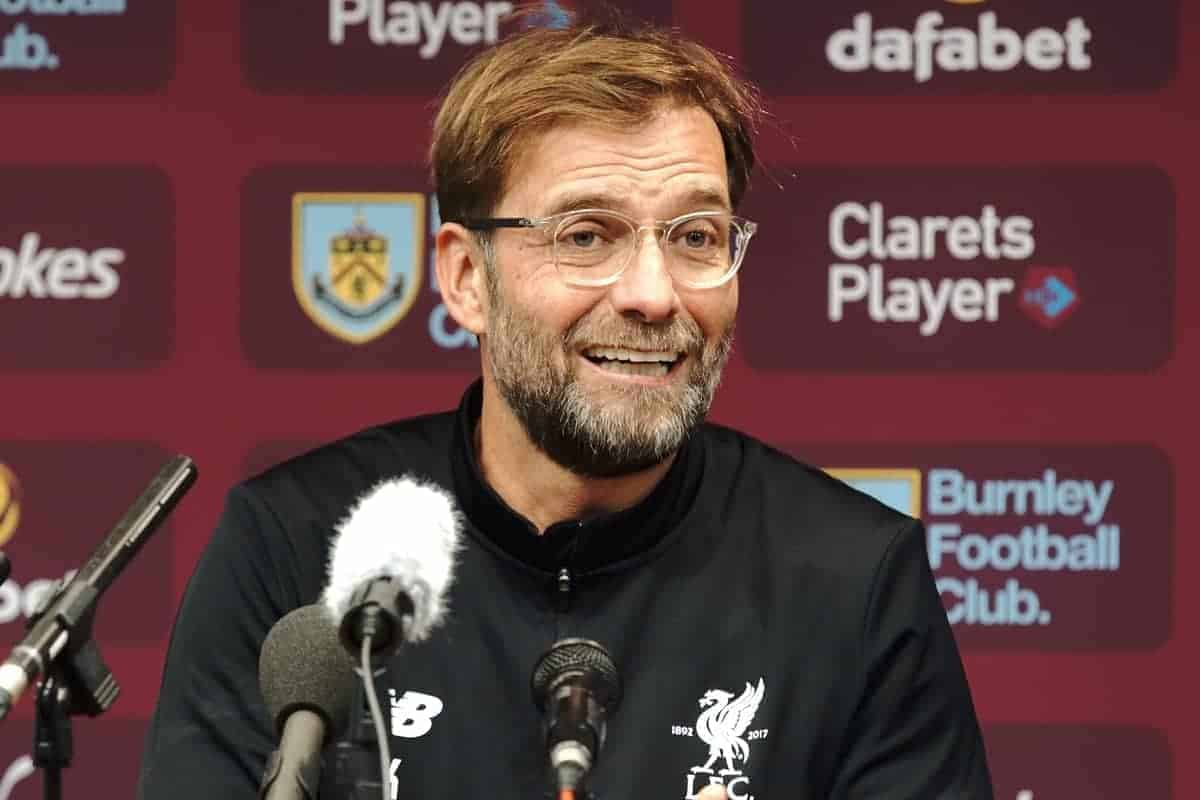 Watch as Jurgen Klopp discusses “character” and Sadio Mane following Liverpool’s 2-1 win away to Burnley in the Premier League on Monday.

The Reds took to Turf Moor buoyed by a battling 2-1 win away to Leicester City just two days previous, looking to start 2018 with a win.

Sean Dyche’s Burnley presented strong opposition, however, and Liverpool were left to fight until the end, with Ragnar Klavan scoring four minutes into injury time to snatch the three points.

Speaking after the game, Klopp wasn’t interested in the manner of his side’s victory, saying “you need to win your average games.”

“We were the lucky side, but—as I said—I am really happy about attitude, character and all that stuff,” he told reporters.

“Character-wise we were at 100 percent, performance-wise I’ve seen us already better football playing…but who cares?”

Liverpool’s next clash comes in the FA Cup third round, with a mouthwatering clash with Everton to come at Anfield on January 5.