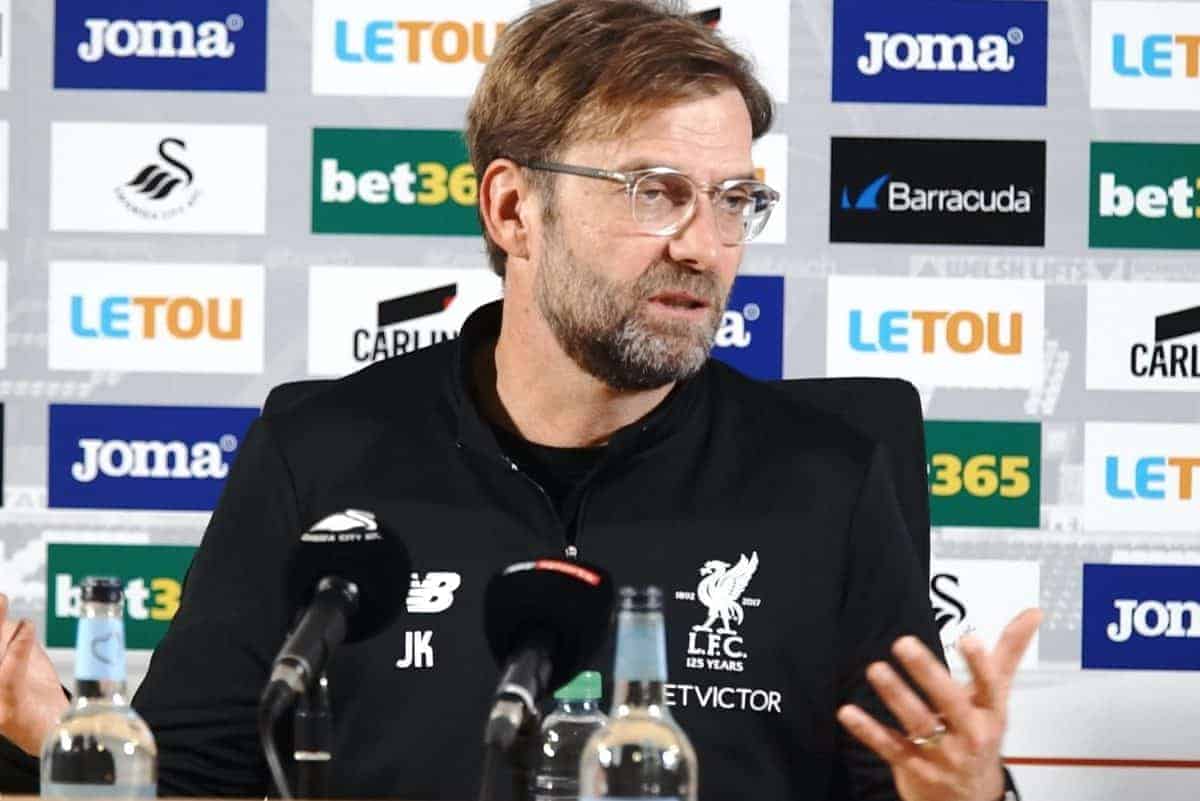 Jurgen Klopp was left frustrated after his Liverpool side fell to a familiar 1-0 defeat away to bottom-placed Swansea City on Monday night. Watch here.

The Reds arrived at the Liberty Stadium riding an 18-game unbeaten run with their latest victory coming at home to league leaders Man City.

But with Alfie Mawson’s first-half strike separating the two sides at full-time, Klopp’s side were left licking their wounds after a miserable loss in south Wales.

Speaking after the game the German revealed he was “more frustrated with the performance than the result,” with the intensity of Liverpool’s play far from that seen against City.

“The result is always a result of the performance,” he told reporters.

“We were just not good enough tonight, especially in the first half: we didn’t play how we wanted to play.

“We didn’t keep our positions, we didn’t stretch their formation.

“Then, how we are obviously, we gave them the opportunity to score with the second ball from a set-piece.

“That’s exactly what Swansea wanted tonight, it wasn’t [their] job to play ‘fantastic’ football, they needed to fight.”

There are now five days between this loss and Liverpool’s next outing at home to West Brom in the FA Cup on Saturday night.

After a chastening defeat to a struggling side, Klopp cannot afford to see his side suffer against Alan Pardew’s floundering Baggies at Anfield at the weekend.