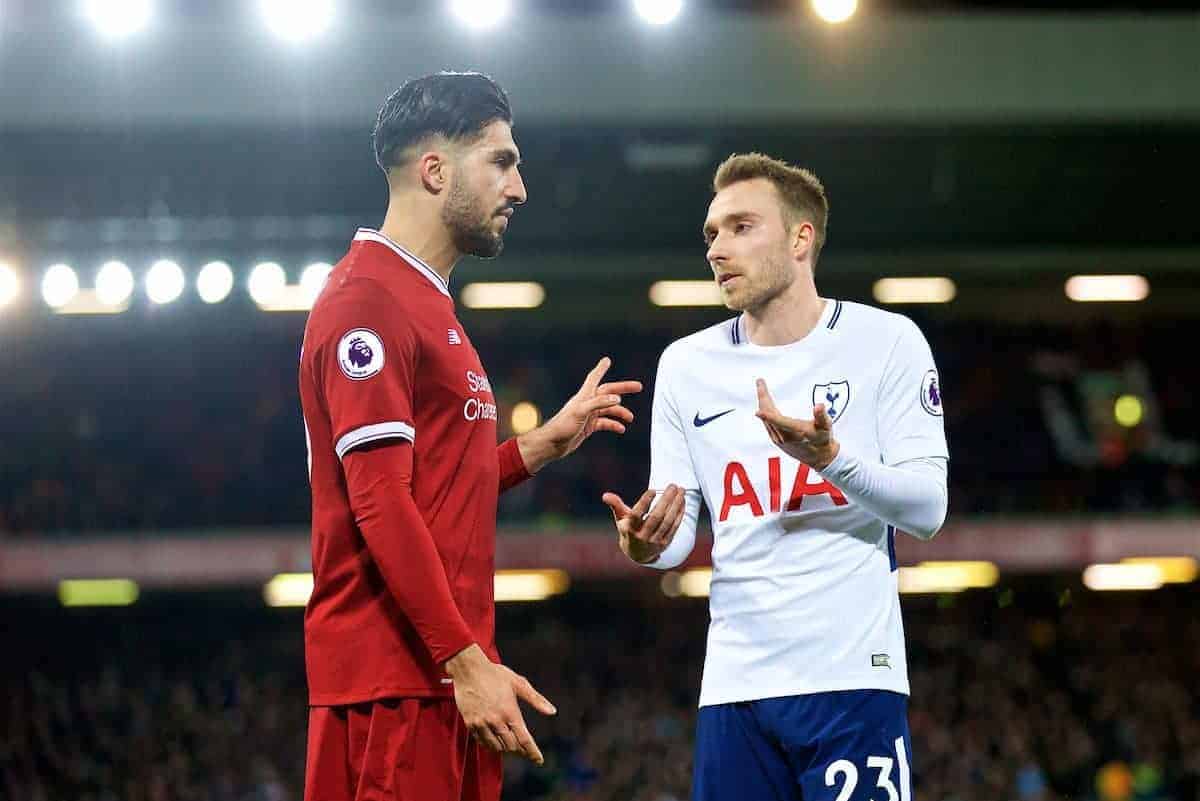 Man United cut Man City’s lead at the top to 13 points and Arsenal’s new signings made a dream start on a goal-laden Premier League weekend.

Here, Press Association Sport takes a look at what we learned from the top-flight fixtures on a weekend when Cyrille Regis and the Munich air disaster were remembered.

Two Entertainers But No Winners at Anfield

A pulsating encounter with a blockbuster ending that included three goals, two penalties, one of them missed, and at least two controversial decisions, showed why Liverpool and Tottenham are two of the division’s most attractive sides to watch.

But this chaotic contest also highlighted why neither will be challenging Man City for the Premier League title.

End-to-end, frantic, high on risk, low on control—these are all attributes that make for electric viewing.

However, there are less exciting characteristics—resilience, composure, guile—that are also owned by the teams lifting the trophies in May.

When the dust settled on Arsenal’s rollercoaster transfer window, two questions lingered: can all their sparkly attacking talents work together? And have they fixed what really needs fixing?

The latter will be answered after a longer period of review, or at least once Arsenal’s mettle is tested by sturdier opponents than a flimsy Everton on Saturday.

But an emphatic 5-1 victory gave a resounding affirmative to the first as Pierre-Emerick Aubameyang and Henrikh Mkhitaryan inspired Arsene Wenger’s men to deliver a pulsating performance.

For the Gunners, the latest new dawn got off to the perfect start. Few would argue Raheem Sterling has been reinvigorated by Pep Guardiola, his play more rounded and output in the final third sharper and more precise.

Sterling has 19 goals already this season, comfortably the best tally of his career and beating the 10 he registered last term.

But Man City, and England, fans should be excited that Sterling can get even better considering shooting remains one of the weakest parts of the 23-year-old’s game.

His close-range miss that surely cost City victory over Burnley will find itself on a Christmas gaffes DVD somewhere soon and served as a clear reminder that Sterling still has work to do.

When Bournemouth drew 3-3 at home to West Ham on Boxing Day, they were in the relegation zone and without a win in nine matches.

But beating Everton on December 30, thanks to a late Ryan Fraser winner, sparked a remarkable turnaround that has seen the Cherries win four and draw the other two of their last six league matches.

The latest victory, a gutsy 2-1 triumph over Stoke on Saturday, leaves the Cherries ninth, seven points above the bottom three and perhaps thinking of a top-half finish. Tired of dreary displays, and poor results, under Tony Pulis, Alan Pardew was meant to let the Baggies loose after he was appointed at the end of November.

But the resurgence is still to materialise. Pardew had to wait eight games for a win before confidence looked to be growing after four matches unbeaten last month, which included a shock win at Liverpool in the FA Cup.

After losing at Man City, Southampton at home should have represented the perfect chance to regain momentum.

But a 3-2 defeat leaves West Brom four points adrift of safety and still searching for the Pardew spark.