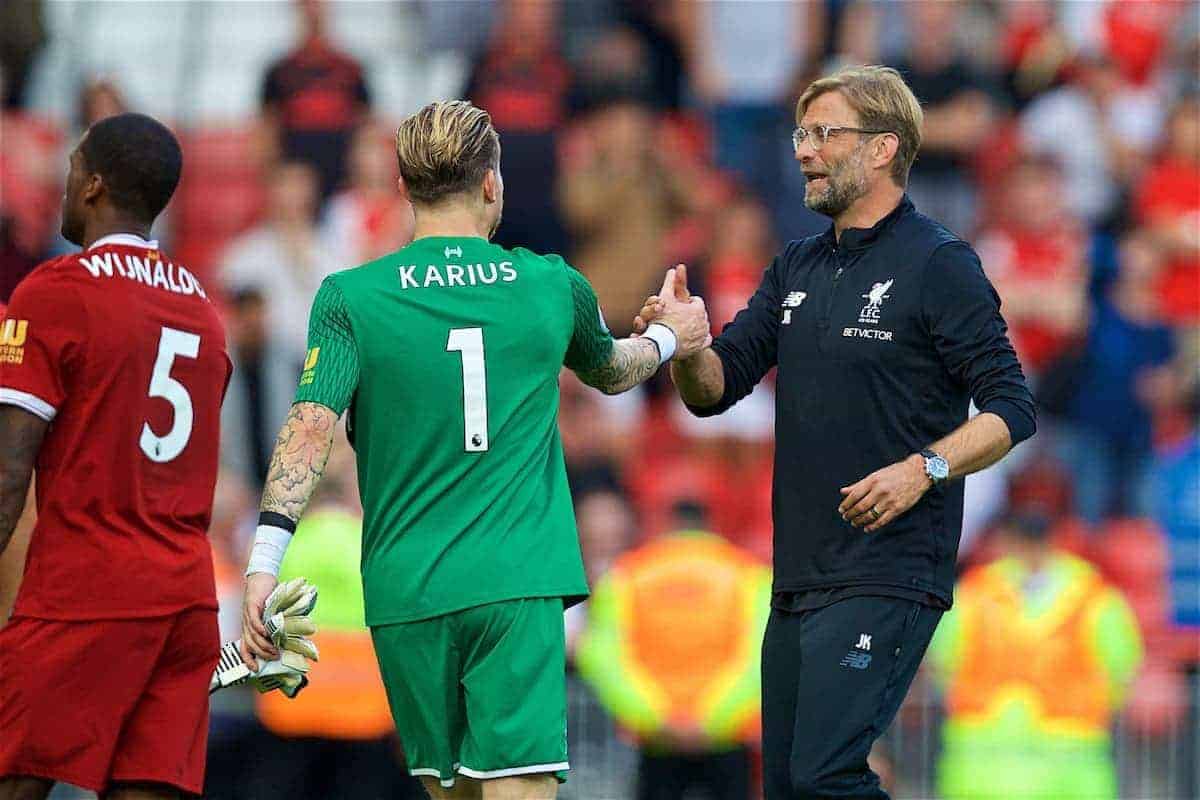 Following reports Liverpool had brought in a new goalkeeping consultant in Hans Leitert, Jurgen Klopp has cleared up confusion over his role.

It was claimed the Reds had recently appointed Leitert, but the Austrian has been involved with the club’s scouting department since late 2016.

But given the upheaval in Klopp’s options between the sticks of late, with Loris Karius replacing Simon Mignolet as first choice, it was presumed his influence was key.

However, speaking at Melwood on Friday ahead of Liverpool’s trip to Southampton in the Premier League, Klopp discussed Leitert’s position.

“[His role is] giving advice for the scouting department. It’s not that he makes decisions; he can’t,” he explained.

“Goalkeeping is his specialist position, so I think that it makes sense that in our scouting department we have someone who is more responsive in that.

“But it’s not that he comes in and says ‘he’s our new No. 1’. We have a lot of goalkeepers [to assess] in different age groups.

“Training for the first team is John Achterberg, head of scouting is other people, but he brings in other information.

“We have [scouts] for Germany, Austria, other countries, and we have people for goalkeeping in these countries. But Hans is ‘this’ guy.” Leitert’s role in consulting Liverpool’s scouts for goalkeeper options is, however, an interesting one given recent reports.

The Reds have been touted with interest in AS Roma’s Alisson, Atletico Madrid’s Jan Oblak and Stoke City‘s Jack Butland, and a summer move for a new stopper is likely.

However, with Karius stepping into the breach and improving swiftly, the young German could still claim long-term duties at Anfield.

“If you read the press as a Liverpool player then every week we would have five new signings in every position,” he said this week.

“You can’t go crazy about the speculation. When I look at the training, I think we do have good quality already with the ‘keepers.”

Beyond Karius and Mignolet, the likes of Danny Ward, Kamil Grabara, Caoimhin Kelleher, Shamal George and Viteslav Jaros could be options for the future.

Leitert could well have an influence on Klopp’s decisions in terms of his options moving forward, but it is clear that claims of a significant role have proved to be premature.