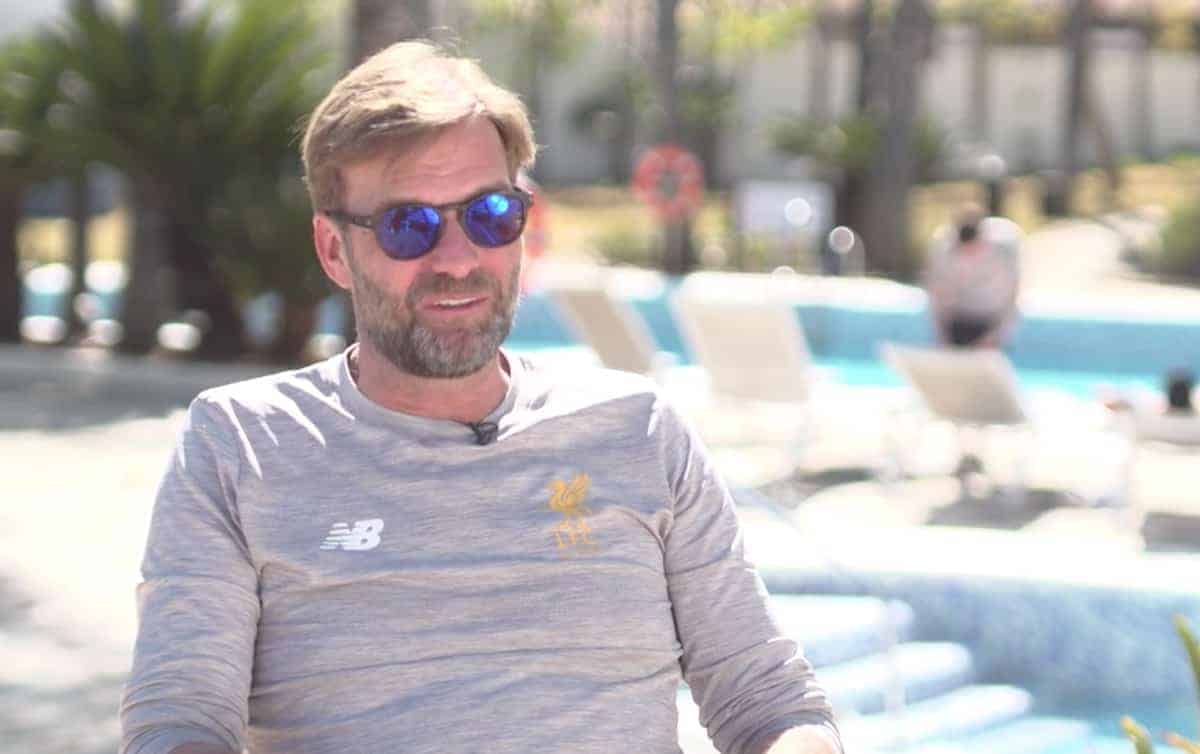 Jurgen Klopp says taking his players to Marbella for a training camp makes total sense, in terms of the weather and working on tactics.

Klopp and his Liverpool players jetted off to southern Spain after Wednesday’s 5-0 win over Porto, making the most of a weekend without a game, due to being out of the FA Cup.

The Reds will spend four days in southern Spain as they prepare for next Saturday’s Premier League visit of West Ham – and the final third of the season.

Confidence is sky-high after the 5-0 drubbing of Porto in the Champions League, but the Reds must now kick on and not lose momentum.

They were guilty of doing that last month, after victory over Man City was followed by a loss at Swansea City, but any dropped points in the top-four battle now feel a little fatal.

This short trip should only be beneficial, with lots of time on the training ground allowing Klopp and his players to work on fitness and tactics. The manager alluded to this, giving his reasoning behind taking his players abroad.

“It’s because it’s a change of circumstances,” Klopp told Liverpoolfc.com.

“The light is different obviously, and I thought for all the things we have to do now – like working a little bit on different systems and stuff like that – it made sense that we can do it in shorts and with real light!”

Liverpool enjoyed a similar mini-break last season, heading to Tenerife for a week in March, and it helped freshen them up ahead of a crucial top-four run-in.

The hope is that this current trip has a similar effect as the Reds look to again qualify for the Champions League, and go far in the competition itself.