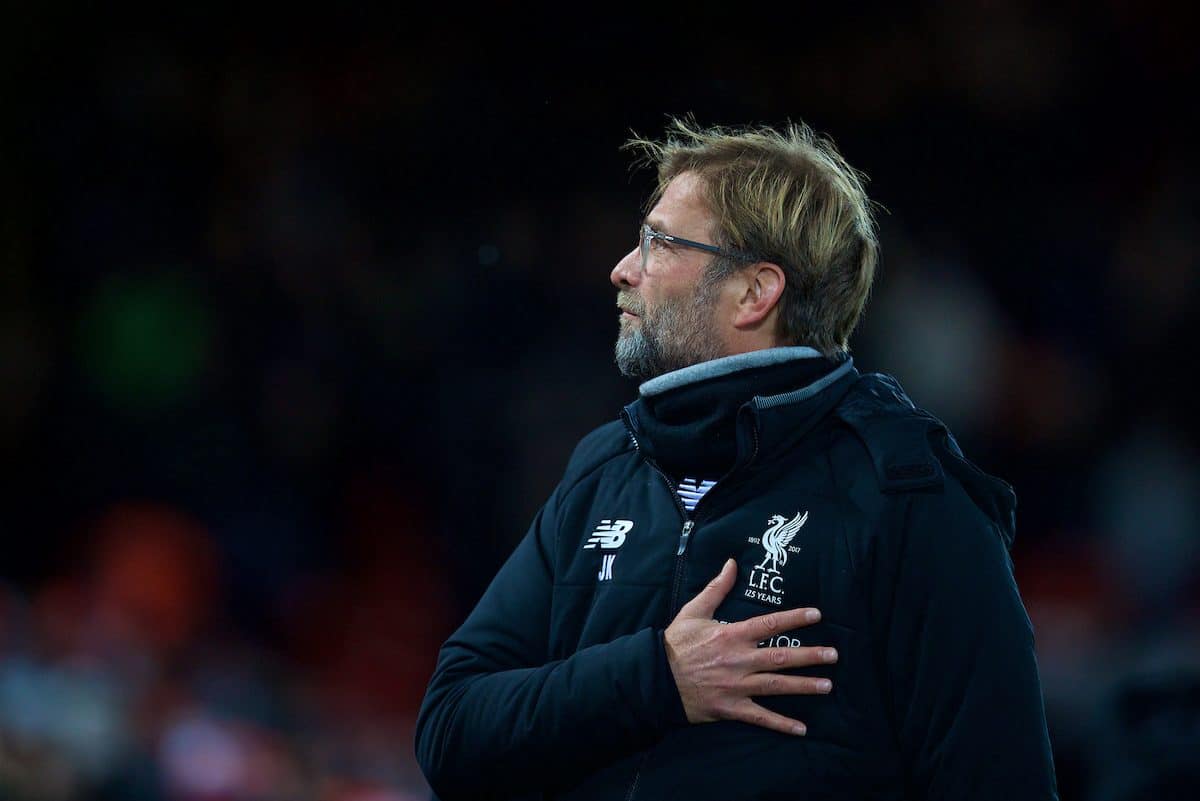 Liverpool take on top-four rivals Tottenham in the Premier League on Sunday at Anfield. Here are the key stats and facts ahead of the clash.

Should Liverpool win today Jurgen Klopp will record his 50th league win at the club’s manager. This is his 94th top-flight game in charge.

Only three managers have reached the milestone in less than 94 matches—Kenny Dalglish (85 matches), Bill Shankly (90—all in the Second Division) and Rafa Benitez (93).

The teams have met 51 times in the Premier League with Liverpool winning 23 and losing 14.

At Anfield in that period, the Reds have won 16 and drawn seven of 25 meetings with the two defeats coming in August 1993 and May 2011.

Liverpool have lost just one of the last 23 Anfield league meetings.

Liverpool are four goals short of recording 150 against Spurs at Anfield in the league.

There have been 145 goals scored in Premier League meetings between the teams. Only clashes with Arsenal have generated more (147).

Liverpool have scored 86 Premier league goals against today’s opponents. Only against Newcastle (89) have they netted more.

In the last 11 meetings home and away Liverpool have failed to score only once—in Klopp’s first game in charge in October 2015 the teams drew 0-0 in London.

Mo Salah has scored 19 top-flight goals this season. In the Premier League era only four different players have scored 20 in a league season for the Reds—Robbie Fowler (twice), Fernando Torres, Luis Suarez (twice) and Daniel Sturridge.

Only twice in the last 16 seasons have Liverpool seen two players score 20 times in a campaign (all competitions). Currently Salah has 26 and Roberto Firmino 19.

Only once in Premier League history have Liverpool acquired more points from the opening 25 games of a campaign than they have now (currently on 50 points).

The Reds have scored 57 top-flight goals this season. It is their second highest total at this stage of any Premier League campaign (25 games). Joel Matip made his league debut against Spurs in the 1-1 draw at White Hart Lane in August 2016.

Jon Moss has taken charge of meetings between the clubs on three occasions—the last was the League Cup tie here last season with the Reds winning 2-1.

The teams drew 1-1 at Anfield in the league in April 2016 while he also refereed Liverpool’s 5-0 victory at White Hart Lane in December 2013.