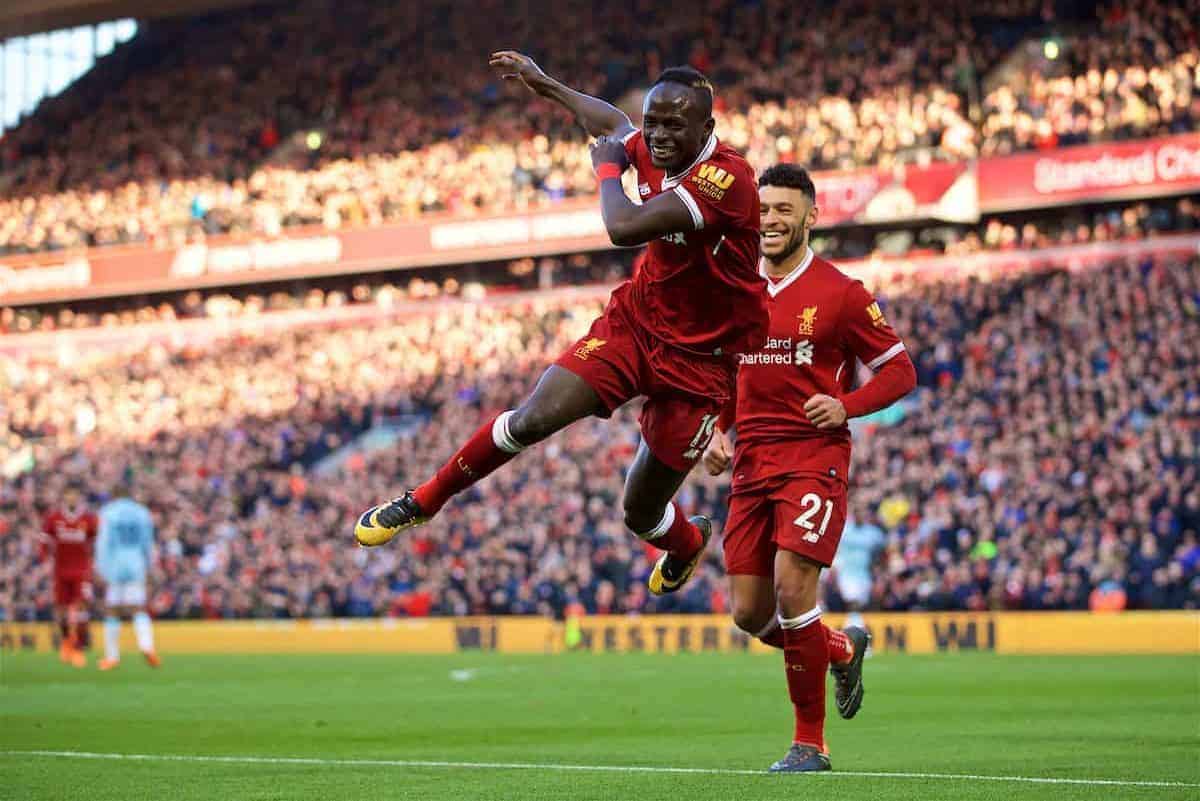 Liverpool shrugged off another big test as they strolled to a 4-1 victory at home to West Ham in the Premier League on a cold Saturday afternoon.

After a lengthy break between fixtures, spending time in Marbella for warm-weather training, the Reds returned to action at Anfield.

Sandwiched between Man United and Chelsea, who play each other on Sunday, Liverpool needed a victory to push up to second in the table.

And despite illnesses for Georginio Wijnaldum, Ben Woodburn and Danny Ings, Jurgen Klopp made three changes to the side that won 5-0 at Porto last Wednesday, fielding a strong starting lineup.

The Hammers had experienced a recent upturn in fortunes, but Liverpool ultimately made light work of their opposition. The Reds took control from the offset, with crisp passing play depriving the visitors of the ball, and Mohamed Salah struck the post within two-and-a-half minutes.

Klopp acknowledged the threat of West Ham‘s stand-in striker Marko Arnautovic before the game, and the Austrian almost crafted a goal out of nothing as he lofted a shot over Loris Karius only for the No. 1 to tip it onto the bar.

Despite the Hammers holding firm in their defensive efforts in open play, ironically Liverpool got their breakthrough from a set-piece, with Emre Can heading home from Salah’s corner.

Karius was forced into another save from Arnautovic’s swerving long-range effort from an angle, as the away side continued to test the Reds.

But with Klopp’s side seeing 65.9 percent of possession in the opening 45 minutes they went into the break comfortably ahead, with hope for more goals in the second half. Liverpool kept up the intensity after half-time, and had doubled their lead within six minutes, with Alex Oxlade-Chamberlain‘s mazy run crafting an opening for Salah to score his 31st goal of the season.

As the Reds’ momentum built the Hammers’ composure dropped, with Angelo Ogbonna in particular struggling in possession, with Salah continuing to lurk on the shoulder of David Moyes’ defence.

Their high line was caught off-guard by Can just before the hour mark, with the midfielder lifting the ball over for Roberto Firmino, who evaded Adrian to send a no-look shot into the back of the net.

Karius was denied a clean sheet, though, with substitute Michael Antonio peeling off in the right channel to latch onto Cheikhou Kouyate’s through ball and send it into the bottom corner.

After hitting the post when one-on-one with Adrian, Sadio Mane atoned for his mistake by tapping home from the impressive Andrew Robertson‘s cross to make it 4-1.

Klopp then took the opportunity to withdraw each of Firmino, Salah and Mane, providing Adam Lallana, Dominic Solanke and Alberto Moreno game time as the Reds saw out a convincing win.