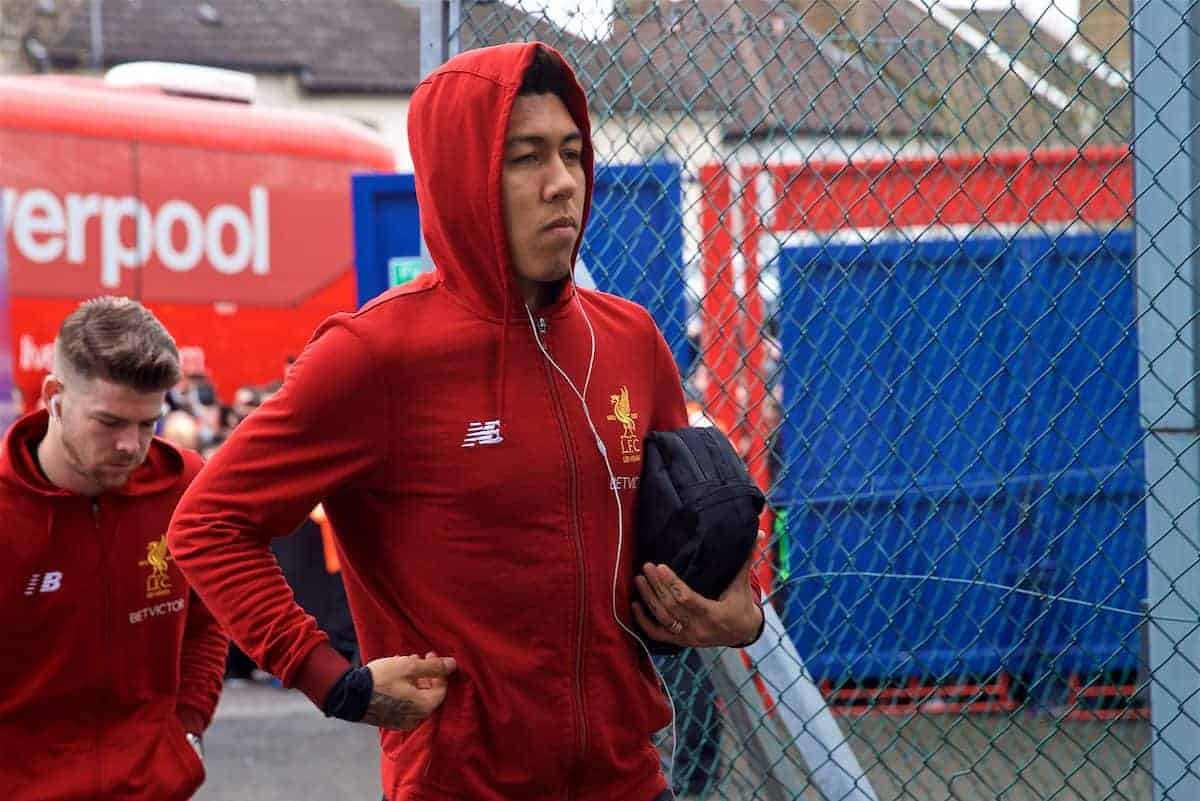 Jurgen Klopp has made two changes to his Liverpool lineup for Saturday’s lunchtime kickoff away to Crystal Palace in the Premier League.

The Reds went into the international break on the back of a thrilling 5-0 win at home to Watford, moving ahead of Tottenham in the table having played a game more.

A two-week interval could serve as a speed-bump for Klopp’s side, but the hope will be that, despite a clutch of fitness issues, a welcome rest for some of his key men will provide a boost.

Klopp effectively named his strongest side against the Hornets at Anfield, and only two of those drop out for the trip to Selhurst Park.

Loris Karius keeps his place in goal, after a short break to Miami having been left out of the Germany squad, with proving his worth to Joachim Low now an added incentive.

In defence, injury to Joe Gomez ensures a start for Trent Alexander-Arnold, with Virgil van Dijk joined by Joel Matip at centre-back, while Andrew Robertson kicks off at left-back.

Jordan Henderson is set to marshal the midfield, alongside James Milner and Georginio Wijnaldum, with Emre Can sidelined.

And with both Mohamed Salah and Roberto Firmino unused in Egypt and Brazil’s final friendlies of the break, the duo can hope to fire again as they take to the field with Sadio Mane in attack.

Liverpool have won each of their last three clashes with Palace on the road, while they recorded a 1-0 victory over the Eagles at Anfield back in August.

Mane got the only goal that day, and with just seven games left to play Klopp would no doubt take another marginal win against Roy Hodgson’s relegation candidates.