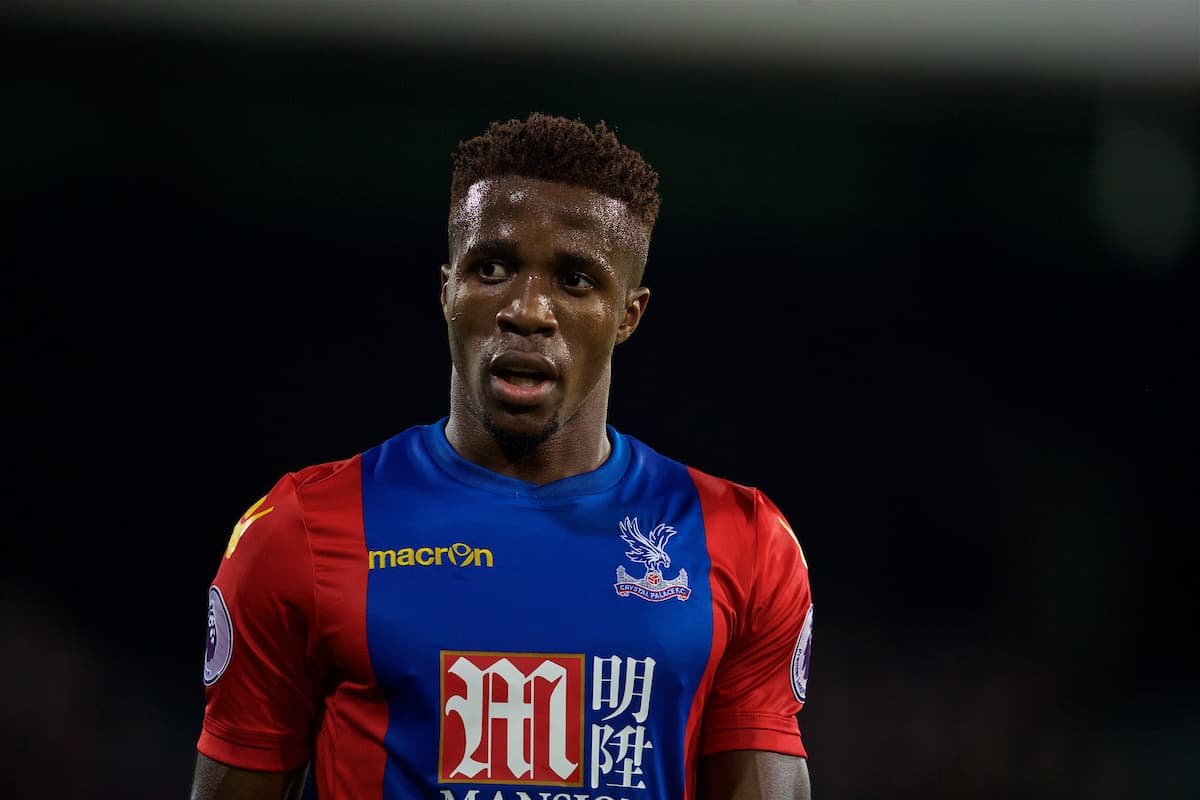 Roy Hodgson could be without four of his key players as he prepares his Crystal Palace side to take on former club Liverpool on Saturday afternoon.

The Reds make their way down to Selhurst Park for their first game in two weeks, taking on an Eagles outfit mired in a relegation battle.

Hodgson, who limped through a miserable half-season in the Anfield dugout in 2010, has overseen a slight upturn in fortunes in Croydon.

But Palace have still won just once in their last five games, losing the other four, and with an in-form Liverpool heading south this weekend his fitness issues are piling up.

Speaking at his pre-match press conference on Thursday afternoon, Hodgson confirmed James Tomkins, Jeffrey Schlupp and Alexander Sorloth should miss out, while Wilfried Zaha is a doubt.

“Zaha hasn’t been training to any great extent as we’re nursing his knee problem that he has,” he told reporters.

“We will have a look at him tomorrow and hope the knee will be OK.

“But we’ve had to be very cautious after the Huddersfield Town game as he came back from injury much earlier than he should have done.”

Connor Wickham also remains sidelined after picking up a minor groin problem after his first game back in 16 months as the Palace U23s won 3-2 at Charlton. The absence of Zaha in particular would be a major blow for Hodgson, and in turn a considerable boost for Jurgen Klopp as he pushes for another vital win.

Though Zaha has scored just four times for Palace this season, the winger is undoubtedly their best player, and with Liverpool without Joe Gomez (ankle) he could have thrived on the left.

Gomez and Emre Can both missed training at Melwood on Thursday afternoon, though Andrew Robertson was able to take part after limping off in Scotland’s 1-0 win over Hungary on Tuesday night.

Neither Ben Woodburn or Dominic Solanke were pictured, either, with the former having returned from a lengthy trip to China and the latter struggling with a toe injury.

The likes of Sadio Mane, Mohamed Salah and Roberto Firmino all reported back for duty, though, with Klopp once again including youngsters Kamil Grabara, Curtis Jones and Rafa Camacho.

Liverpool aren’t expected to have many more injury problems ahead of Saturday’s clash, with Nathaniel Clyne now working his way back to full fitness.

Clyne could even hope to feature against his old club, having twice played the full 90 minutes for the Reds’ U23s of late, most recently in the 3-1 loss to Middlesbrough on March 21.