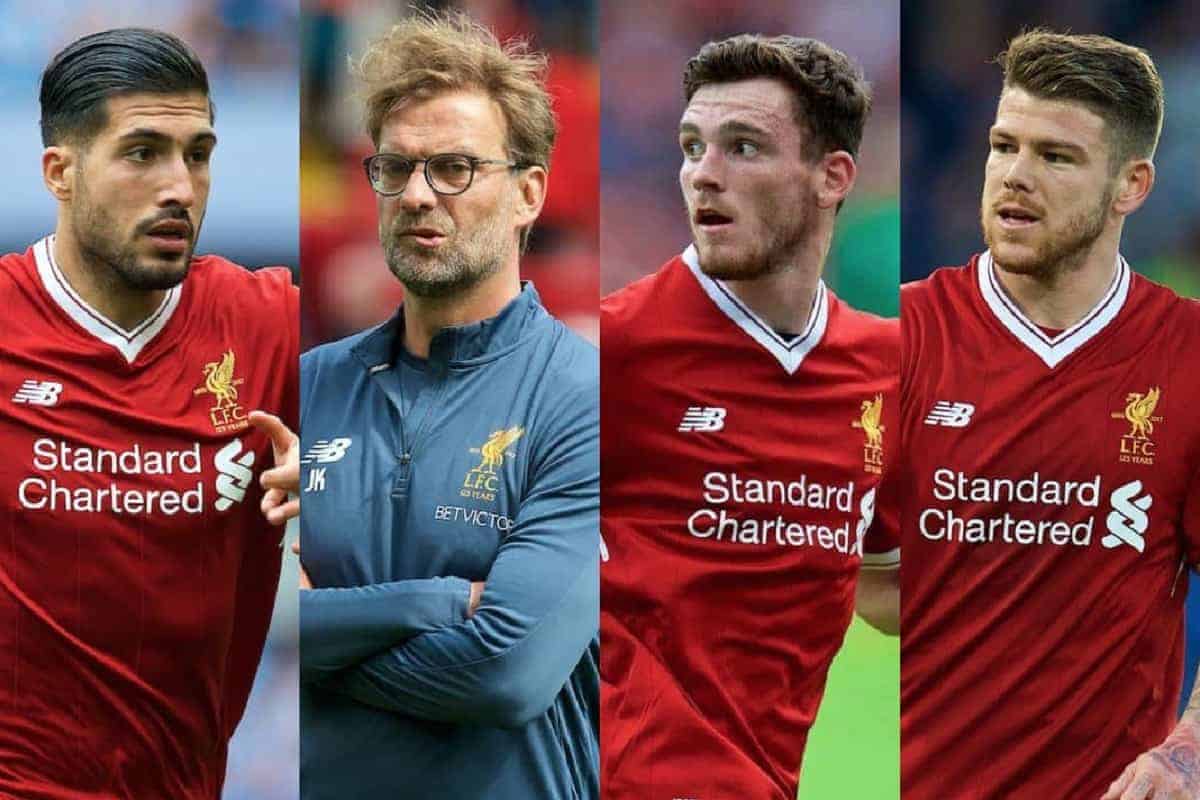 We round up the latest Liverpool FC and transfer rumours on Wednesday, with Jurgen Klopp and his staff taking a much-needed break from Melwood.

On Tuesday it seemed as though Emre Can‘s injury problems were behind him, as he departed Merseyside to join the Germany squad for the international break.

But as Joachim Low’s side prepare for their upcoming friendlies at home to Spain (March 23) and Brazil (March 27), the 24-year-old has suffered another setback.

After lasting just 27 minutes in Saturday’s 5-0 victory over Watford, Can was forced off the field 15 minutes into training in Dusseldorf on Wednesday.

According to Sport BILD journalist Christian Falk this was due to “problems with his back,” indicating that this is a recurrence of the issue that saw him withdrawn from action at Anfield.

Elsewhere, for the truth about those “big club” quotes from Liverpool’s No. 23, read here.

Liverpool have 27 players on international duty this month, with 16 of those from Klopp’s first–team squad for the current campaign.

A further six have been in regular action for the Reds’ academy sides this season, ensuring that both Melwood and Kirkby are sparsely populated over the next week.

Instead, the Reds have been given the week off, with Klopp and his staff travelling to Tenerife for a short break before the season’s crucial run-in.

Liverpool will return to Melwood early next week to begin preparations for next Saturday’s trip to Crystal Palace. One of the youngsters called up for international duty this month was Liverpool U18s captain Adam Lewis, who has also featured for the U23s in recent weeks.

Lewis was included in the England U19s squad for the first time, and the left-back made his debut for Paul Simpson’s side against Hungary on Wednesday afternoon.

Lining up in his regular role in a 4-5-1, Lewis provided the Young Lions with much-needed width and excellent delivery from the left flank.

The 18-year-old had a hand in two goals as England came back from one behind to seal a 4-1 win in Macedonia.

The U19s’ next European Championship qualifier is against Latvia on March 24, before taking on Macedonia on March 27. Find out how to watch them both here. Previously a problem position for the Reds, left-back is now arguably one of the strongest areas in Klopp’s squad, with Lewis and fellow youngster Tony Gallacher facing a big challenge in breaking through in the future.

In both Andrew Robertson and Alberto Moreno, Liverpool have two excellent options, and speaking to LiverpoolFC.com the role’s previous incumbent, John Arne Riise, lavished praise on the duo.

“I’ve been very impressed [with Robertson]. He’s young, aggressive and fit,” he said.

“If he can stay healthy and focused, he has a big future as well. But I want to see him create even more and also score some goals!

“[Moreno] worked really hard, kept himself fit and I’m very happy for him as he was able to prove how good a player he is.

“I’ve sent him some messages just to tell him how pleased I am for him and how he turned it around and that he must now continue working hard.”

Finally, with the Liverpool Legends set to take on Bayern Munich at Anfield on Saturday, both clubs have confirmed their squads for the charity clash:

Tickets are still available but are in very limited supply (Anfield Road End and upper Main Stand). You can purchase them here.