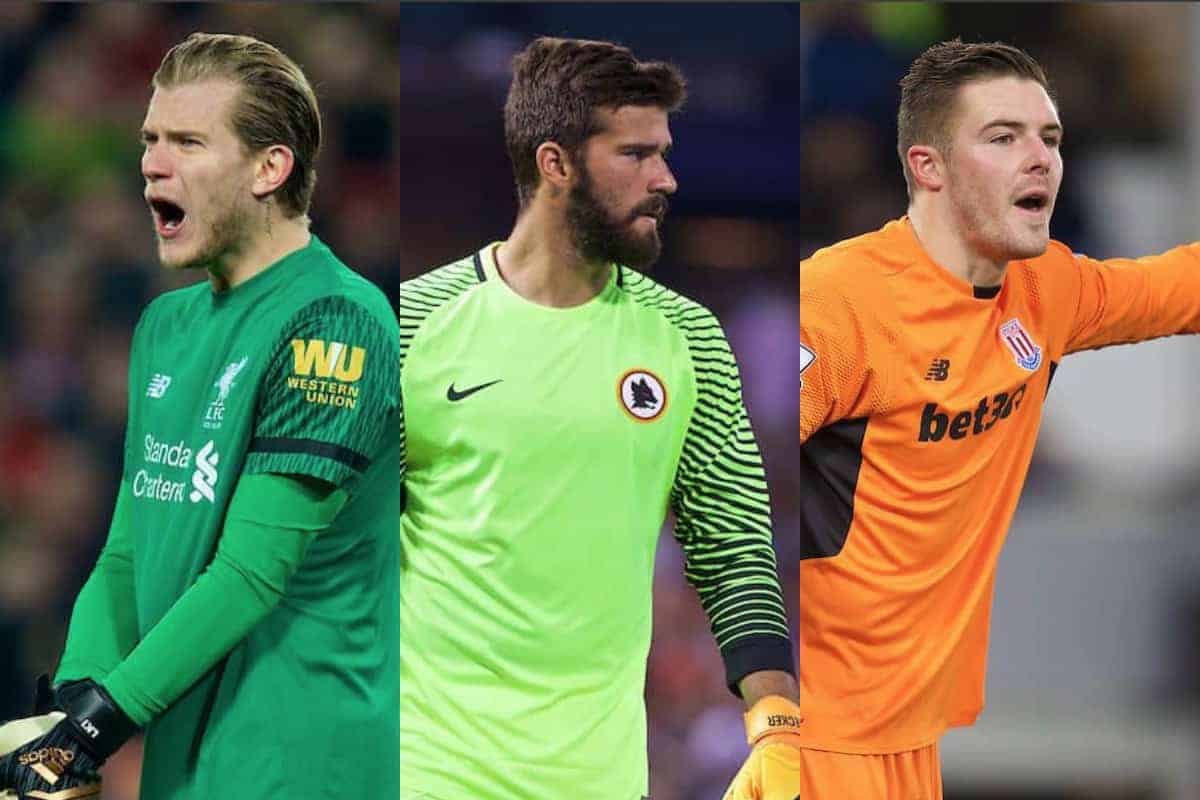 Liverpool look increasingly likely to stick with Loris Karius as long-term No. 1 goalkeeper, with doubts cast over interest in Alisson and Jack Butland.

The Reds seemed set to spend big on another stopper in the summer transfer window as they reached the mid-season point, with Simon Mignolet remaining inconsistent.

But with the prospect of signing a new No. 1 in January decidedly slim, Jurgen Klopp made a bold move in replacing Mignolet with Karius.

The German has continued to improve in his new role, starting in 11 of the last 12 games, and his impressive form may well have changed Klopp’s plans.

According to the Liverpool Echo‘s James Pearce, in a useful update on the Reds’ options between the sticks, Karius is “in the box seat to continue in that role” beyond the summer.

Pearce reports that though the Reds have scouted Alisson regularly and “rate him highly,” the combination of Karius’ strong displays and his £80 million price tag have altered their priorities.

“Liverpool have made contact with the representatives of Alisson to inform them not to expect a bid for the Roma ‘keeper,” he writes.

Furthermore, Pearce claims that they have “no intention of pursuing a deal” for Butland, who was reported as a £40 million target in a Mirror ‘exclusive’ just two days previous. Naturally any decision of a new goalkeeper signing depends on Karius’ two deputies, with the futures of Mignolet and Danny Ward uncertain.

Pearce concludes that Mignolet is “unlikely to stick around if he remains Karius’ understudy,” and interestingly posits that Ward is still “desperate to step up and prove his worth” at Anfield.

Ward has featured just once this season, in the 2-0 loss to Leicester City in the League Cup, and has only been on the substitutes’ bench a further three times.

That he has been a more prominent feature for the Liverpool U23s this term could suggest Klopp has little faith in the Welshman, but he at least mentioned Ward when praising his squad depth this month.

If the plan genuinely is to keep faith in Karius as No. 1 for the long term, it could be that Ward stays to challenge as his backup, with perhaps Kamil Grabara promoted to third choice.

However, it may well be that this is a tactic aimed at driving Alisson’s price tag down, with L’Equipe claiming on Sunday that Roma are interested in Toulouse youngster Alban Lafont as a possible replacement.