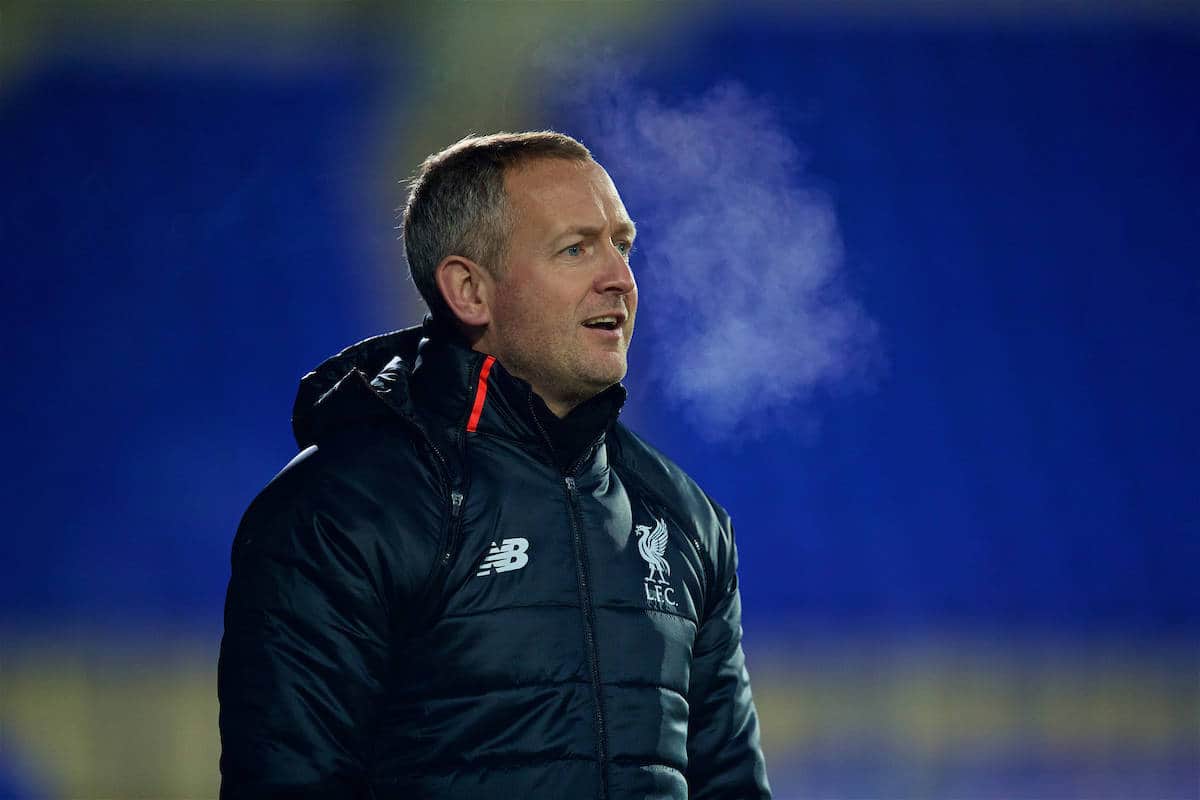 An under-strength Liverpool U23s slumped to a 4-0 defeat to Leicester City U23s on Monday night, as they slipped to second in the Premier League 2 table.

It was a top-of-the-table clash, with Neil Critchley‘s side looking to go three points clear of their closest rivals, having played one game fewer.

Leicester were favourites, however, with the Reds’ starting lineup significantly weaker than in previous matches this season.

That was due in part to the likes of Ben Woodburn and Dominic Solanke not being included, with the duo expected to feature for the first-team against Porto on Tuesday.

The loan exits of Marko Grujic, Ovie Ejaria and Harry Wilson have also impacted on the Reds’ form, during a run that has seen four defeats in five matches.

Critchley made four changes to the team, with Issac Christie-Davies, on trial from Chelsea, earning a start and Curtis Jones, Rafa Camacho and Bobby Adekanye also coming in. With barely two minutes on the clock, Liverpool were behind, after Josh Gordon’s effort cannoned off the post and Harvey Barnes fired home the rebound.

Kamil Grabara made a big save down to his left to deny Barnes shortly after, and Gordon saw a shot deflect wide, as the Foxes dominated.

Critchley’s side offered almost nothing in the first 20 minutes, with their lack of quality in the final third evident in the absence of so many talented youngsters.

Gordon stung the fingertips of Grabara, George Thomas narrowly missed the target and Sam Hughes almost pounced from close range, as a one-sided contest continued at the King Power Stadium.

Thomas did make it 2-0 on the half hour mark, however, beating the offside trap before finishing past Grabara, who got a touch on the ball. It was all too easy.

Further chances came and went for the hosts before half-time, in a 45 minutes that had seen Liverpool comprehensively outplayed. Barnes got his second of the evening just three minutes into the second-half, with the 20-year-old impressive tapping home into an empty net.

The Reds did play some of their best football of the game in the period that followed the hosts’ third goal, but nothing came of it, in terms of substance.

Tony Gallacher blocked Barnes’ shot on the line, denying him his hat-trick, while the impressive Grabara also made a good stop.

Camacho and Adam Lewis both came close to scoring a consolation but were denied by Daniel Iverson, who hadn’t been tested until that point.

It was about the last piece of attacking play the visitors could muster on a very disappointing night, but there was still time for Sam Hughes to make it 4-0 with six minutes remaining.

The defeat means that top spot has gone for the time being, but Liverpool are only three points behind Leicester with a game in hand.