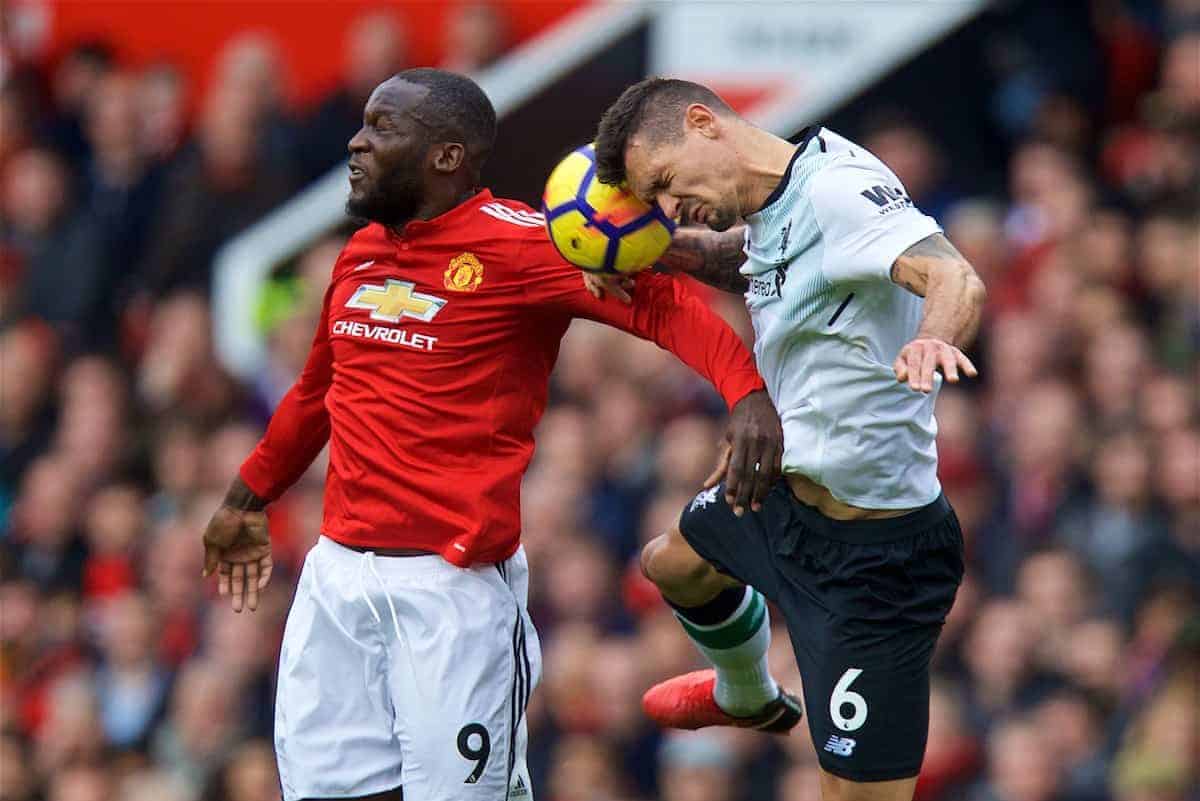 Liverpool fall behind their closest rivals following a 2-1 defeat to Man United at Old Trafford in the Premier League on Saturday.

Jurgen Klopp made five changes from the side which drew 0-0 with Porto while Jose Mourinho handed a first league start since Boxing Day to Marcus Rashford.

The United youngster repaid his manager’s selection by scoring early in the first half to put Liverpool under pressure.

He then doubled United’s lead 10 minutes later when another long ball caught out Dejan Lovren and the Reds’ defence.

After a poor first half from the visitors, Liverpool came out searching for a goal and got one when Eric Bailly’s lucky deflection beat David de Gea at his near post for an own goal.

They pushed on for an equaliser but couldn’t break down a solid United defence—as Mourinho’s men slowed the game down in the dying stages.

Here are some of the best reactions from Liverpool supporters on social media as United went on to win 2-1.

Lovren again, out muscled aerially – again charging into no mans land. Both Utd goals coming directly from his mistakes. #MUNLIV

Why is Lovren still on Lukaku despite bring muscled off the ball twice that led to the goals? A change needs to be made and quickly.

Valencia intercepts a cross with a blatant hand ball. Another certain penalty not awarded. What can you do.

Despite efforts to fight back, supporters were frustrated at full-time…

You can't let Manchester United score two goals as easily as they did today.

Of course, we should have had three penalties, but you're never going to get them all at Old Trafford.

We cannot go much further in the Champions League if we continue to crumble defensively against relatively good teams and concede simple goals. What hope do we have against a Barca/Bayern if we concede 2 like that vs United?

Mourinho will get praised for how he set his side today and the fact United had to rely on the referee to help them pick up all three points will be swept under the rug.

“Liverpool need at least five better players to challenge the title. At this moment top four is good enough. Forget the title in next few seasons.”

Brave effort in the second-half and showed plenty of heart, but you gift a Mourinho side two goals and you have no hope.

That is some truly horrendous football United fans have to watch, which is a silver lining.

“The boys tried. We were unlucky with the two early goals.”

Such a frustrating game.
Massive wasted opportunity for #lfc just because we didn't defend routine situations.

Against a Mourinho side you have to take shots. @LFC sucked at shooting today. Those from out of the area were weak and the precious few from inside were off target. #MUNLIV

“We live to fight another day folks. YNWA”

– M’thomi Ian on the forums.

Gutted not to pinch a point in the end. Let down by a sloppy first 45 minutes but should've had at least one of those penalties, I feel. If we carry on playing as we have been prior to this, we'll overtake Manchester United anyway.

“Officials were poor but we weren’t as clinical in front of goal today!”

They capitalised on 2 errors then did what they usually do, got no complaints with that. Shame we only started to play second half, move on to next game ?

– Serge SL on the forums.

My criticism of Liverpool today is that they allowed United to play how they wanted to, in part from conceding soft goals.

My criticism of Craig Pawson isn't fit to print!

Front three definitely weren't good enough but the ref was awful too.