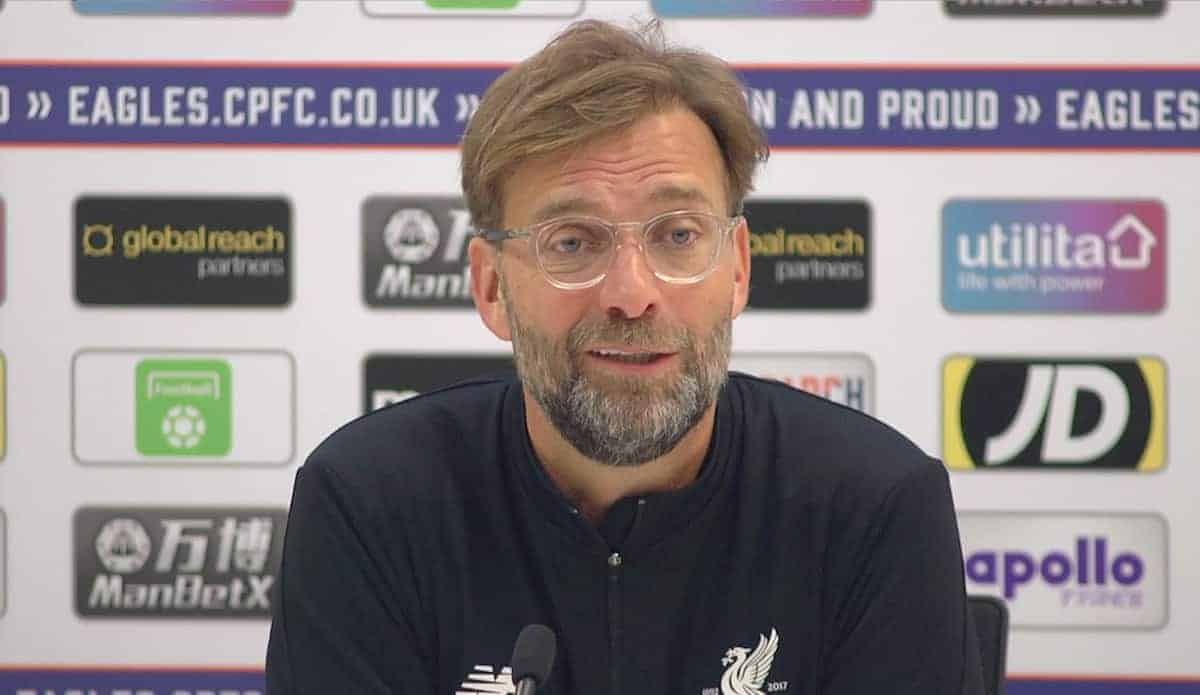 Watch as Jurgen Klopp reflects on Liverpool’s 1-2 win away to Crystal Palace on Saturday, discussing “dirty” victories and fitness at Selhurst Park.

The Reds looked set to head for a disappointing draw on the road, but an excellent strike from Mohamed Salah in the closing stages secured a vital win.

In an early kickoff after the international break, Klopp’s side needed to dig deep and fight for three points, and the waning fitness of Adam Lallana did little to aid that.

But speaking to reporters after the game, the manager hailed his players for a “really dirty” performance to keep their hopes of a second-placed finish alive.

“Both goals we scored today were fantastic goals; both were team goals, both were outstandingly good play,” he said.

“We could have had more players in the position, but you saw even though the boys can play better, they are still dangerous.

“The dirty three points are very often the most important, and they were really dirty today!”

Klopp also provided an update on Lallana’s fitness after the midfielder was forced off five minutes after coming on as a second-half substitute.

He said it “looked really bad,” with Lallana leaving the stadium on crutches after suffering a hamstring issue that could effectively end his season.

Liverpool are next in action at home to Man City on Wednesday night, in their all-important Champions League quarter-final first leg.