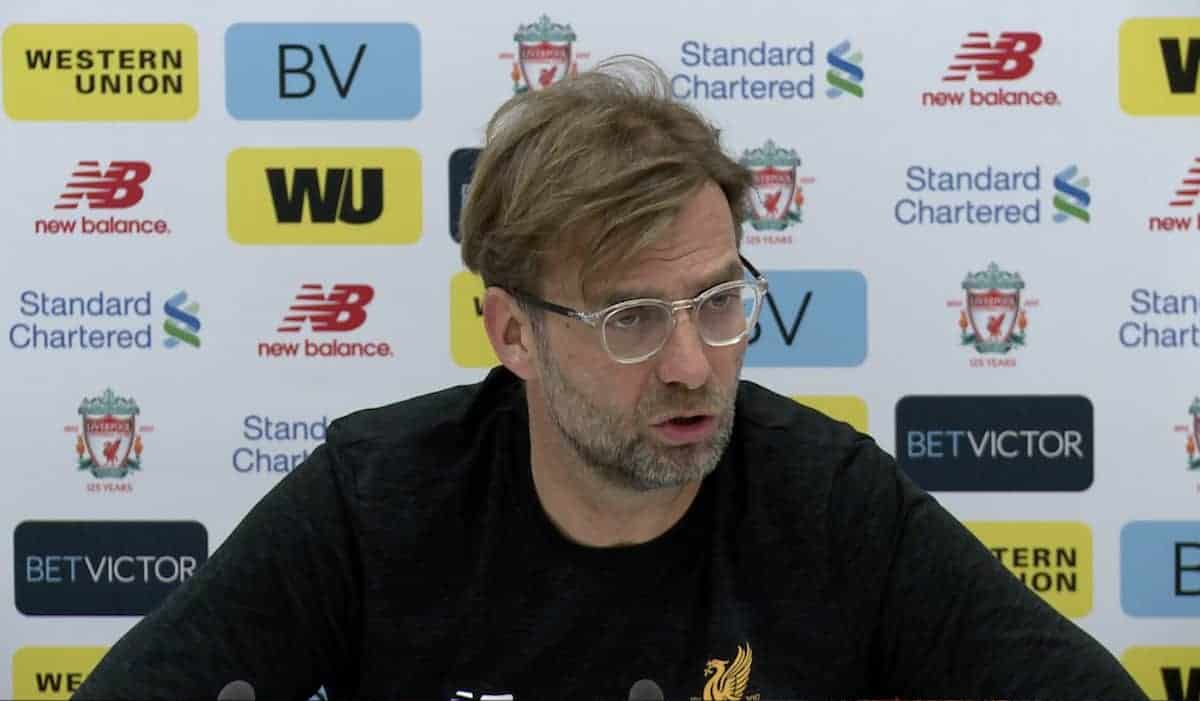 Much of the talk revolved around the Champions League draw earlier in the day, with Klopp giving his reaction to being drawn against Manchester City.

Related to that, Klopp was surprisingly furious at the rescheduling of the Merseyside derby – which was requested by Liverpool and benefits them more overall.

There was also an injury update, with only Ben Woodburn ruled out.

Watch the press conference in full above.