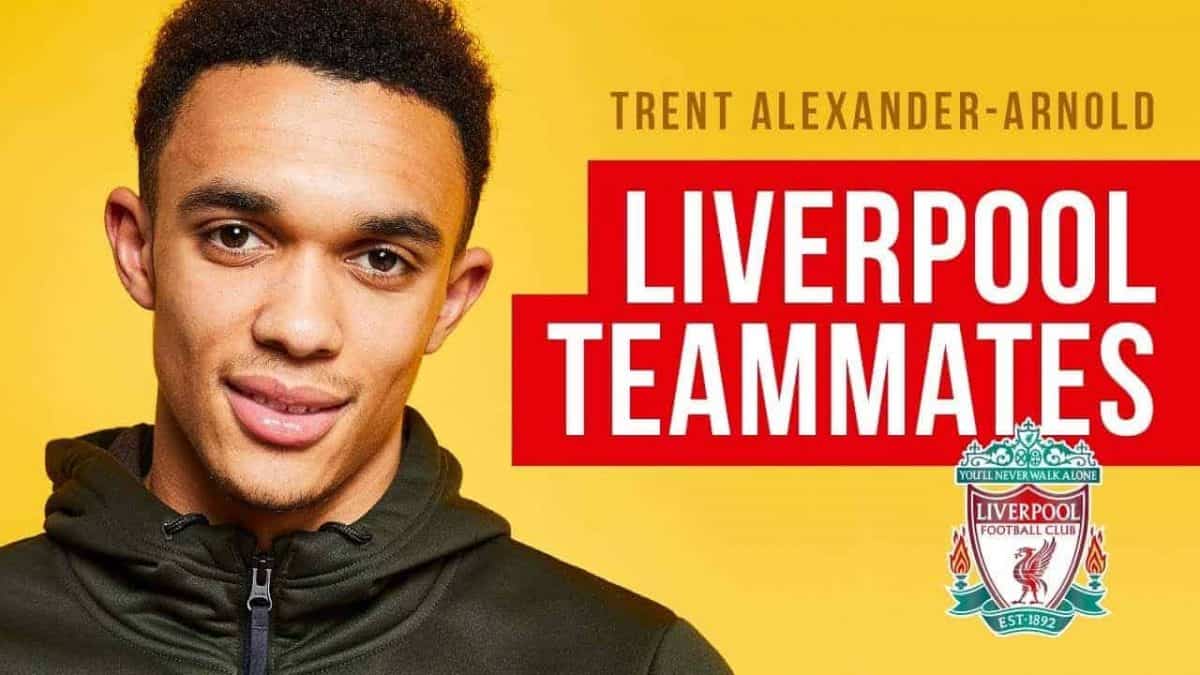 Trent Alexander-Arnold has provided an interesting insight into the Liverpool squad, as well as revealing his dream five-a-side team from his fellow Reds.

It has been an excellent season for the 19-year-old, who has blossomed from exciting youngster to reliable squad member.

The boyhood Red has featured 22 times in 2017/18, scoring on three occasions, and his attacking bursts and energy down the right flank have really caught the eye.

Being a Liverpool player is an extremely pressurised job, but Alexander-Arnold has had time to let his hair down and discuss his current team-mates.

When speaking about the most skilful player in the squad, Adam Lallana gets the nod because of “the way he can do skills and get out of tight situations, and do it with both feet.”

Roberto Firmino is having a fantastic season, and he is the man that Alexander-Arnold feels possesses the best first touch at Liverpool. “No matter what pass gets brought into him, he’ll control it and link the play up. It’s a really big asset to the team,” he said.

When it comes the practical joker in the team, it is unsurprising to hear Alberto Moreno‘s name mentioned, although Alexander-Arnold admits it is “nothing bad, just mischievous ways.”

James Milner is credited with being the best penalty taker and the hard man in the squad, while Gini Wijnaldum‘s wardrobe receives plenty of praise.

It is an interesting insight into how a young player perceives those he plays with on a daily basis, but it is also nice to see some light-hearted content in an age where football is taken incredibly seriously.