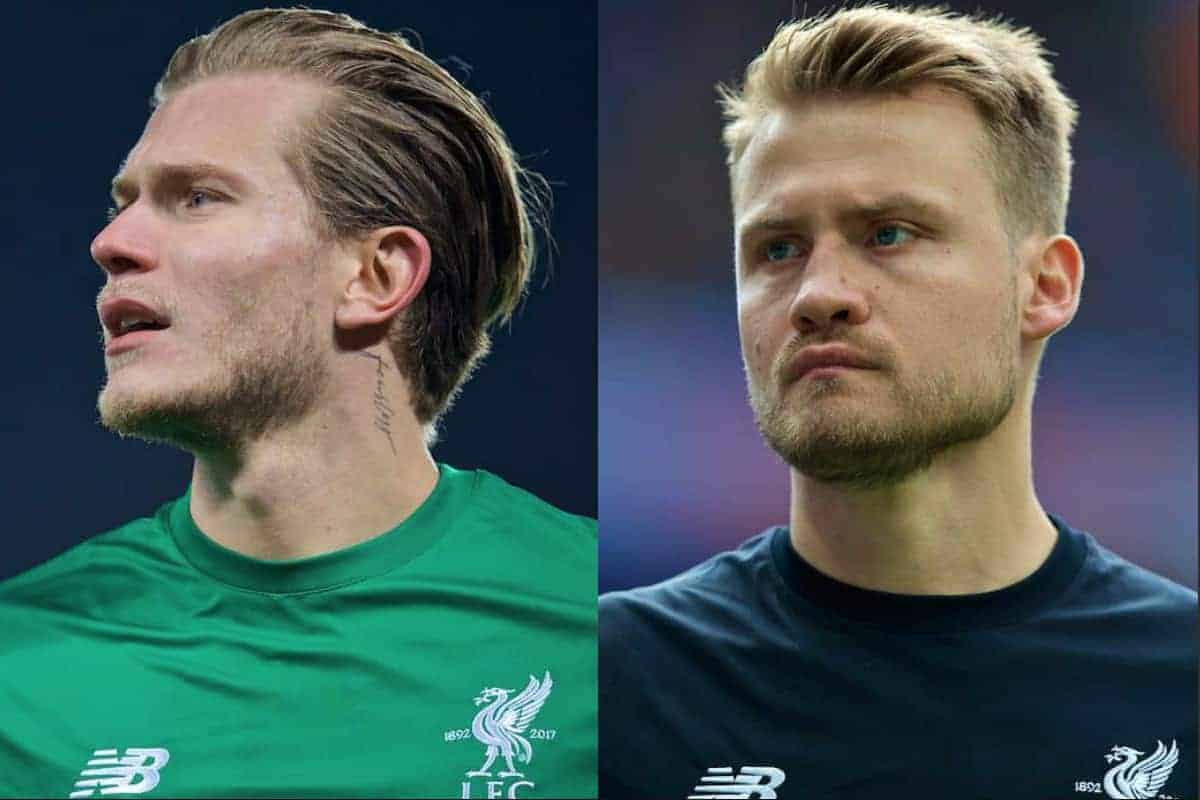 Loris Karius may have usurped Simon Mignolet to be No. 1 at Liverpool, but where do the pair rank among the Premier League‘s best shot-stoppers?

Mignolet began the season as Jurgen Klopp‘s first choice but after a series of disappointing displays was replaced by Karius on the turn of the year.

Such has been the improvement seen in the Reds’ new starting goalkeeper that Klopp has reportedly cooled his interest in AS Roma’s Alisson.

And according to FourFourTwo, the 24-year-old is performing considerably better than his elder counterpart in terms of their save percentage in 2017/18.

Of every goalkeeper to make five or more appearances in the Premier League so far this term, Mignolet has the second-worst rate (59.3%), ahead of only West Ham‘s Joe Hart (55.9%).

Meanwhile, Karius is among the top 10 stoppers in the league, ranked at No. 9, with a save rate of 68 percent:

It is interesting to see a mix of goalkeepers from the top and bottom halves of the league, with sides with leakier defences often resulting in stoppers with a higher save percentage.

The simple formula is that the more shots a ‘keeper faces, the more he is likely to save; however, the measure of a top talent comes in maintaining a high save percentage despite facing few shots.

Liverpool concede the second-fewest shots per game (7.6) in the league, behind only Man City (6.3), which shows how impressive both Karius and Ederson have been.

Conversely, this highlights how lacklustre Mignolet has been in terms of shot-stopping, particularly when compared to Mat Ryan, for example, with Brighton conceding 14.5 shots per game.

It is worth noting, though, that this is no failsafe yardstick for goalkeepers, as Fraser Forster, Karl Darlow and Lukasz Fabianski are all in the top 10 despite struggling this season.

But nevertheless, as a means of comparing Klopp’s two leading candidates for the No. 1 shirt, it is clear Karius is the better option.