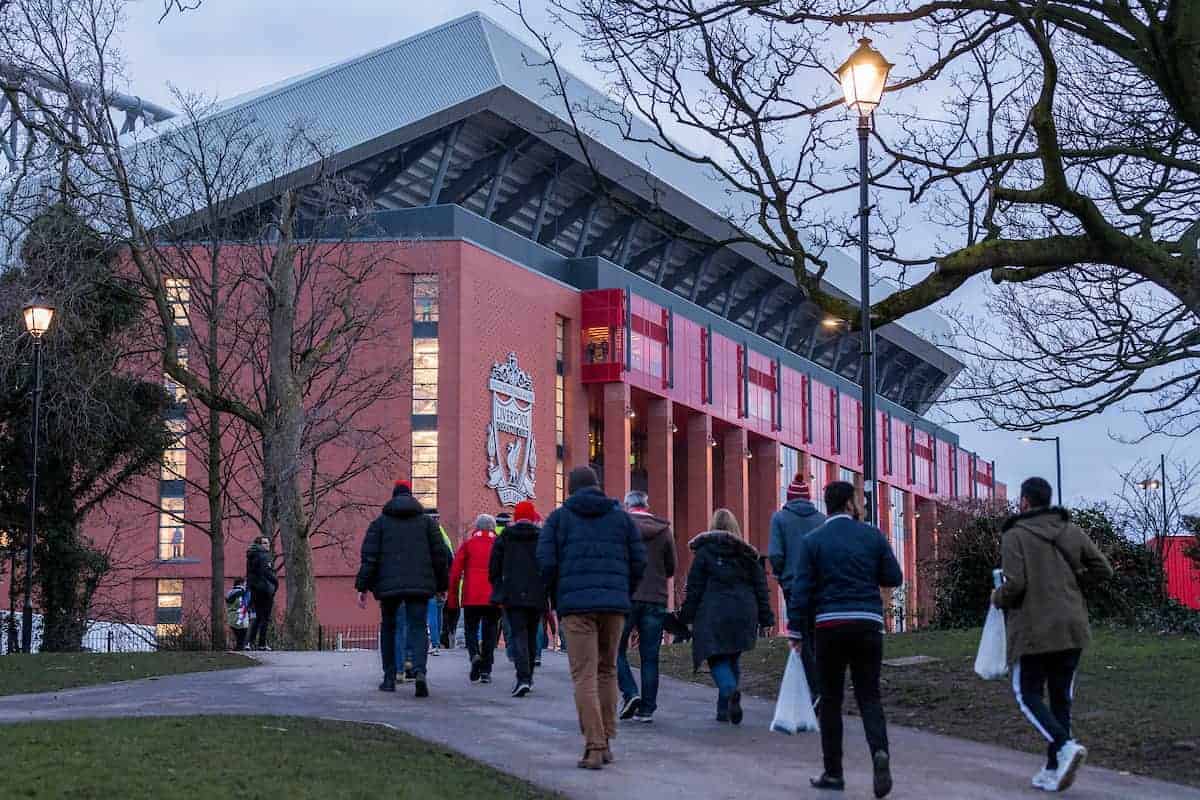 Anfield’s new Main Stand has seen a transformation of the famous stadium internally and externally, but there’s plenty more improvements still to come.

The expansion of the stadium is part of the wider regeneration project for the Anfield community, with the council working in conjunction with Liverpool FC and Your Housing Group to revitalise the area.

Already, over 300 homes have been refurbished, and over 200 properties demolished. The overall project started in 2012 and is scheduled to be completed in 2020.

Here’s what’s still to come for the Anfield stadium area.

The next part of the £260m wider Anfield Regeneration Project will see the transformation of Walton Breck Road itself.

Due to begin this summer, it will see the creation of wider pavements, making for a more pedestrian-friendly area around the stadium.

Plans include the clearing of derelict houses and building 85 new homes and five new shops.

As part of this transformation, the plans include the removal of the walls and railings around the back of the Kop, creating a more open space around the stadium more similar to the area around the new Main Stand. Continuing the regeneration of Walton Breck Road, a 100-bedroom hotel is to be built on the Kop/Main Stand corner.

As the image above shows, this appears to be a Hilton Garden Inn. It is likely to cost up to £10 million according to reports and would support training and employment opportunities in the hospitality trade for local young people.

This summer will also see a new bar at the back of the Kop, in space previously vacated by the old club shop. This will be complete and open for next season, with capacity for up to 700 fans.

The bar will open four hours before kick-off and welcome home and away fans.

The effect that this will have on local businesses that survive off matchday income from supporters will be of a concern to the local community. Now on to the really exciting part. As we revealed earlier in the year, Liverpool are currently finalising their plans for the Phase Two part of the Anfield stadium expansion.

This will see the total capacity of the stadium taken to over 60,000, with the expansion of the Anfield Road End stand.

The road itself will be closed off from Skerries Road to Alroy Road, with the new stand mirroring the design of the new Main Stand.

Liverpool have had three designs drawn up, with the final design to be revealed later in 2018.

Work on the expansion of the Anfield Road stand will begin once the Reds’ new Kirkby training complex is completed next year.

All this means that the whole Anfield area will be almost unrecognisable in a few years’ time.