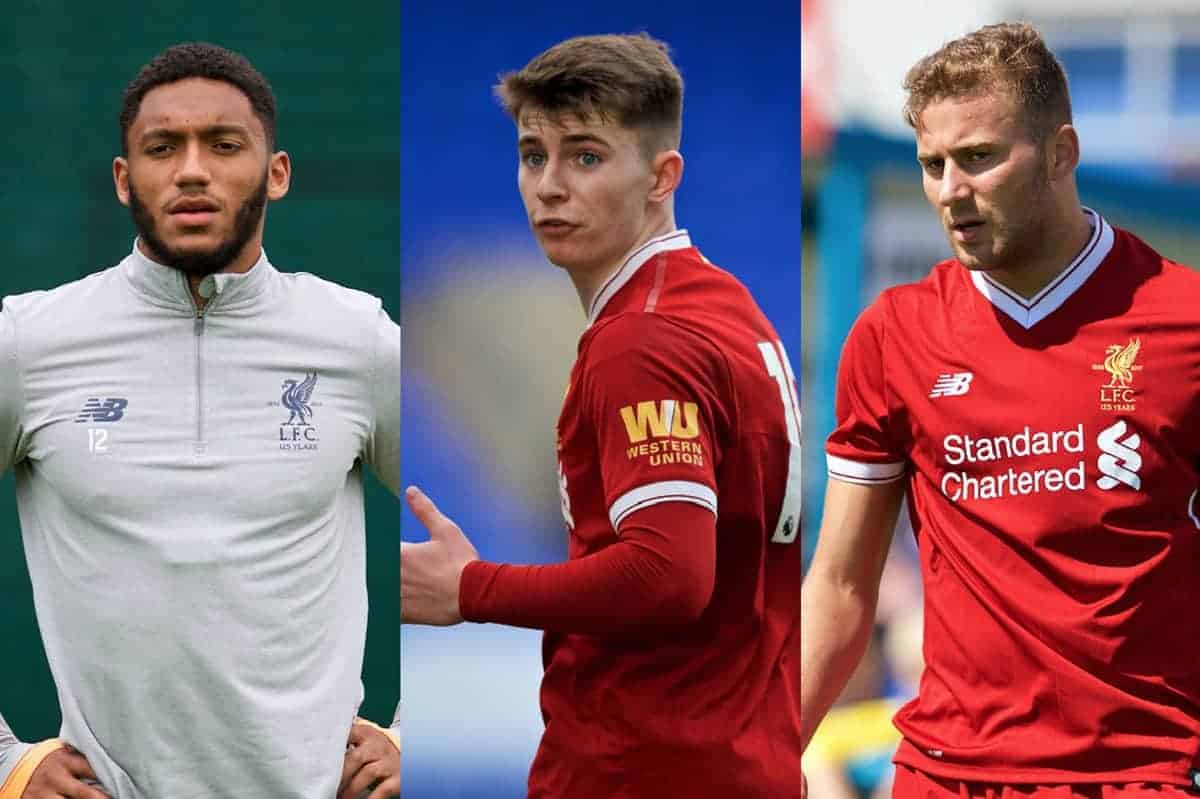 With Jurgen Klopp resolved to “get creative” as his midfield options dwindle ahead of Liverpool’s clash with Stoke City, where should he turn?

The Reds produced another stunning blitz at Anfield on their way to a 5-2 victory over Roma on Tuesday night, but at the cost of an on-field casualty in Alex Oxlade-Chamberlain.

With Aleksandar Kolarov surging up the left flank for the visitors, Liverpool’s No. 21 tracked back and dispossessed the wing-back with a brilliant lunging challenge.

Unfortunately, the aftermath left Oxlade-Chamberlain needing a stretcher off the field, and it has now been confirmed he will miss the rest of the season – and the World Cup.

Already without both Emre Can and Adam Lallana, this leaves Klopp with just three senior midfielders: Jordan Henderson, James Milner and Georginio Wijnaldum.

“The squad doesn’t get bigger at the moment so we need to be creative in the next few games,” he told BT Sport, as Liverpool prepare for the visit of Stoke on Saturday.

With next week’s trip to Rome in mind, how can Klopp set his side up for victory over the Potters while maintaining freshness?

Here are three options for Liverpool as they bid for a top-four finish in the Premier League. Heading into the weekend three points ahead of fourth-placed Tottenham and eight ahead of fifth-placed Chelsea, having played a game more than both, the Reds still need to get the job done in the league.

Klopp made five changes for last weekend’s trip to West Brom and it showed, particularly in attack as Danny Ings struggled despite finding the net.

If the manager opts to field a stronger side against Stoke he may wish to retain his key names, but the need to preserve his first-choice midfielders is still clear.

One option to facilitate this approach would be shifting formation, and implementing a three-man defensive line would be a strong solution.

In Ragnar Klavan, Joe Gomez, Nathaniel Clyne and Alberto Moreno, Klopp has backup defenders capable of holding firm against a Potters side who have scored the fourth-fewest goals in the English top flight this season.

Having Klavan and Gomez flanking Virgil van Dijk at the back, with Clyne and Moreno operating as wing-backs alongside Henderson and Wijnaldum, would give Liverpool a strong base to build.

This would at least allow Klopp to rest Milner, whose tireless approach will be crucial in Rome. Though the back three proved successful in December’s 5-1 win at Brighton, Klopp may wish to aim for consistency in his selection for this crucial run.

If that is the case, and the 4-3-3 formation remains, the German at least has another promising option to rotate into his midfield unit without serving as a major gamble.

Ben Woodburn has made just one 44-minute appearance for the first team this season, but after a spell out through illness and injury the Wales international is back fit and available for selection.

Klopp has taken a patient approach to Woodburn’s development this season, and he has largely turned out for the U23s or the U19s in the UEFA Youth League, but his inclusion could be required now.

Though able to operate in a variety of roles across the forward line, Woodburn’s future is arguably as a No. 8, balancing his relative lack of pace with an intelligence and supreme creativity.

Fielding him alongside the experienced pairing of Henderson and Milner would give Woodburn the platform to prove himself ahead of a possible long-term breakthrough next season. Klopp’s assertion that Liverpool need to “get creative” in light of injuries does imply a measure of risk in his selection.

Since February, the manager has drafted youngsters Curtis Jones and Rafa Camacho into training on a regular basis, while losing Matip, Can and Lallana has led him to draw upon the academy further.

Conor Masterson has remained a staple part of sessions since Matip’s season-ending thigh injury, while Nat Phillips, Adam Lewis, Herbie Kane and Liam Millar have all been included at stages too.

Though he has previously indicated that he wouldn’t throw these youth talents in at the deep end, a busy treatment room and shifting priorities could prompt Klopp to take a chance.

Kane, Lewis and Jones have all thrived in midfield for the U23s at stages this season, and similar to Woodburn they could be called upon against Stoke.

Jones, a 17-year-old Scouse prodigy who will become a regular under Klopp in the coming years, could be the prime candidate, having already made the step up from the U18s with no struggle this season.

But in Lewis (18), another local lad, and Kane (19) he has a more combative duo, providing him with a variety of young players who would be desperate to prove themselves and earn a long-term role.