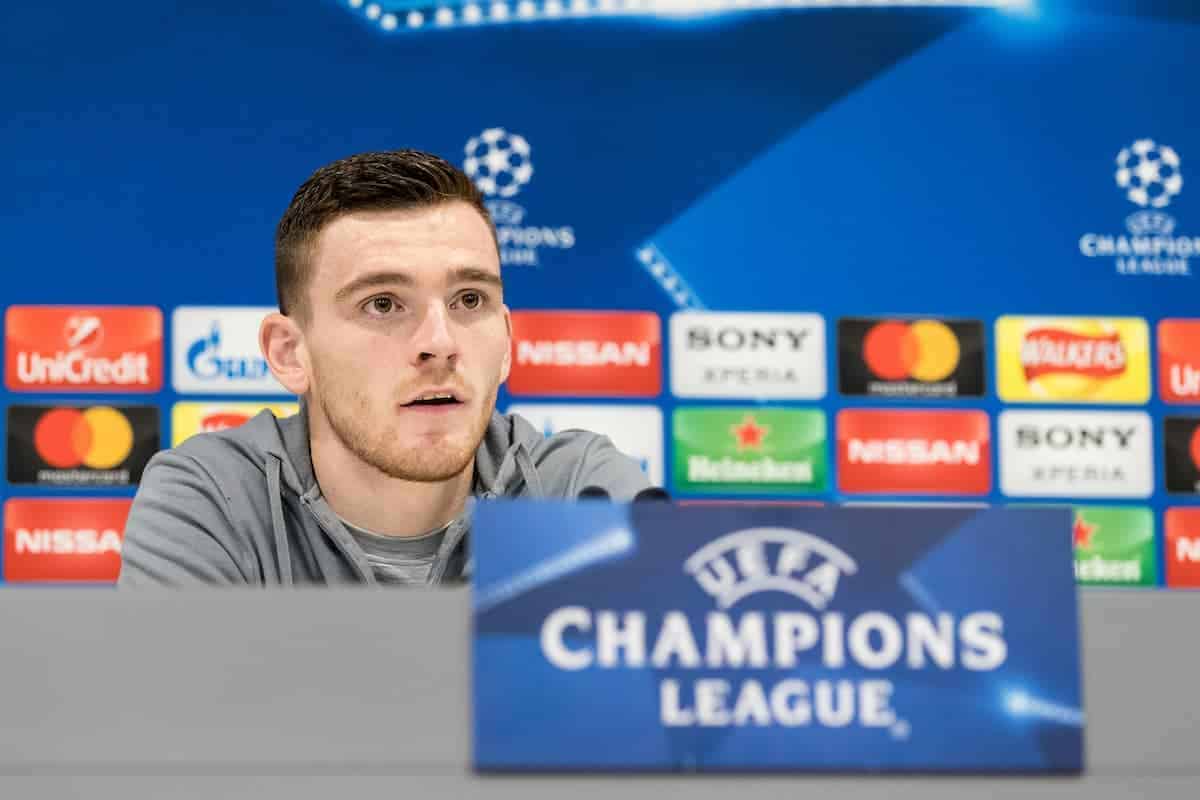 Andy Robertson insists Liverpool have no reason to be afraid as they head into their hugely anticipated Champions League clash with Manchester City.

The Merseysiders host the runaway Premier League leaders in the first leg of the glamour tie at Anfield on Wednesday.

City are 16 points clear at the top of the Premier League and on the brink of being crowned champions, but their only loss in a magnificent campaign came at Anfield in January.

“They’ve been the best team in our league this season and are going to win the league, undoubtedly, but this is two games in the Champions League, a one-off.

“We have as much right to be in the quarter-finals as they do and there is no seeding in it. It will be a big occasion.

“Their movement is a joy to watch at times, and as a defender you need to be aware of that, but hopefully we’ll be attacking as well and we can push them back into areas where they don’t want to go.”

Liverpool were at their most exhilarating when the teams met in January, scoring three goals in nine blistering second-half minutes to power into a 4-1 lead.

City did pull two goals back late on but it was still a fine display by the Reds and a warning to Pep Guardiola’s side.

Robertson, speaking at the pre-match press conference, said: “That was probably our most complete performance of the season.

“The last 10 minutes were a bit shakier than we wanted but we pressed them all over the field and we took our chances when they came to us at key moments.

“That was the key and that will be the key tomorrow. When chances fall to us we need to be able to take them. Hopefully more chances will fall to us and we’re clinical up top.

“If we can do that hopefully we’ve got a win going into next week.”

Liverpool will also hope a fevered Anfield atmosphere can give them an extra edge in the first leg.

Robertson, 24, said: “Everyone knows Liverpool fans take to the Champions League very well. That’s probably when they create their most famous atmospheres.

“In the Champions League they take it up a level and I am sure that will be the case tomorrow.

“Hopefully they create an atmosphere that helps us and we can use that to our advantage.”