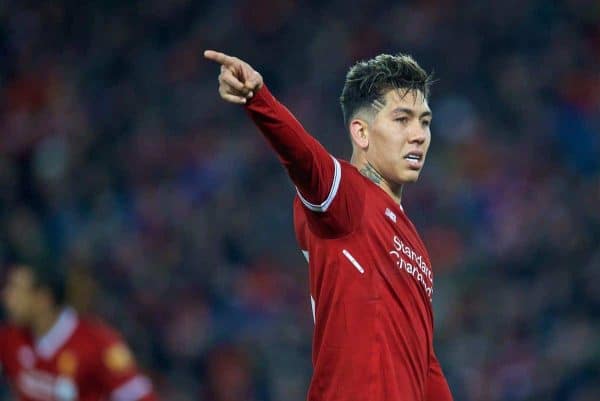 Anfield plays hosts to a mismatched battle this lunchtime as top-four favourites take on relegation candidates in a tussle for the three points.

With Liverpool’s priorities split between domestic endeavours and a remarkable Champions League campaign, they were held to a 2-2 draw at West Brom last time out.

Meanwhile, Stoke extended their winless run to 11 games with a 1-1 stalemate at home to Burnley, with their last victory coming at home to Huddersfield Town on January 20.

Despite the Potters’ shocking record, Klopp is wary of another costly slip against a smaller side, but with Joel Matip, Emre Can, Adam Lallana, Alex Oxlade-Chamberlain and Sadio Mane all sidelined changes were required.

Loris Karius keeps his place in goal, firmly established as No. 1 over Simon Mignolet and with Klopp seemingly content with fielding his compatriot in every game.

In defence, Joe Gomez, Virgil van Dijk and Ragnar Klavan look set to line up as a back three, with Trent Alexander-Arnold and Alberto Moreno as wing-backs.

Due to an injury-ravaged pool, Jordan Henderson and Georginio Wijnaldum are due to start in midfield, with James Milner preserved for Wednesday night.

And in attack, Sadio Mane drops out, with Mohamed Salah, Roberto Firmino and Danny Ings tasked with firing the Reds to victory.

Liverpool have won both of their last two clashes with Stoke at Anfield by four goals to one, and no side in the English top flight this season have conceded more than the Potters (65).

The odds are certainly in hosts’ favour, but Klopp will have stressed the need to avoid complacency at this crucial stage.