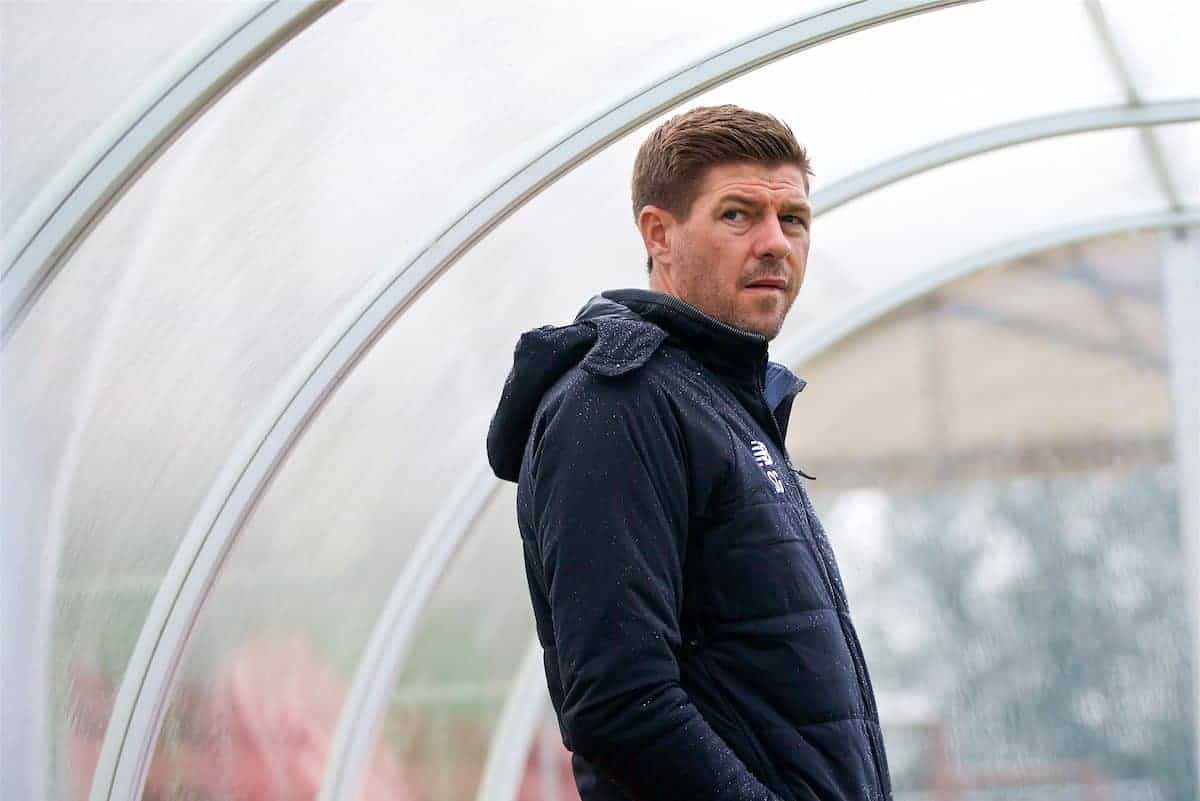 Steven Gerrard has been tipped to become the new manager of Rangers, and Jurgen Klopp says he will have his total support, whatever his decision.

Gerrard has been thriving as Liverpool’s U18s boss this season, having taken the role after bringing his illustrious playing career to an end in 2016.

He has been widely expected to slowly work his way through the youth teams, before potentially becoming Klopp’s long-term successor as first-team manager.

Strong links suggest he is the favourite to take charge of Rangers this summer, however, which has been met with a mixed response.

Some feel he is jumping the gun, at a time when his coaching career is still in its infancy, while others believe it is a logical next step.

Speaking in his pre-Stoke City press conference on Friday, Klopp gave Gerrard his full backing, regardless of his eventual choice: “I’m not worried. Steven was, and is, a legend, whatever he wants to do.

“Nobody told me anything about it, any decision. I can imagine clubs are interested in signing Stevie.

“I would think about him as well if I owned a club!

“My relationship with Steven is brilliant. I’d have loved to work with him as a player but was a little bit late for that. He wanted to learn, and he has learned.

“I imagine he will not miss me taking his players away form the youth squad, if he wants to do something.

It will be very interesting to see what news emerges in the coming days, but Klopp’s general demeanour suggested Gerrard may be moving onto pastures new.

Time will tell whether that proves to be the correct decision, should he depart the academy, as he looks a forge a managerial career to match his legendary playing days.

It’s reported that Gerrard will appoint Gary McAllister as his assistant if he takes the job in Glasgow.