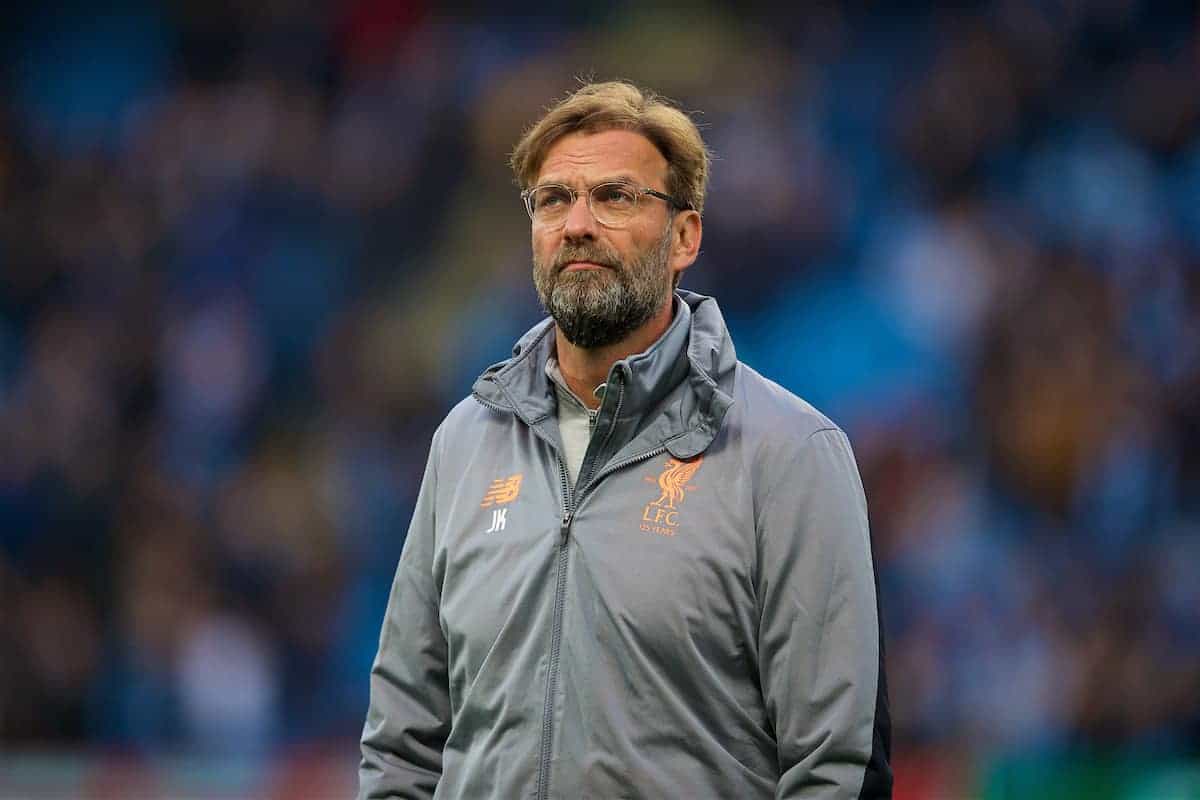 Liverpool manager Jurgen Klopp insists it would be wrong to compare his side to European heavyweights Real Madrid, Barcelona and Bayern Munich.

A 2-1 win over Manchester City secured progress to the Reds’ first Champions League semi-final in a decade with a 5-1 aggregate win at the Etihad Stadium.

In the last four they could meet two of the aforementioned teams, while Barcelona were surprisingly knocked out by Roma on away goals despite leading 4-1 from the first leg.

Klopp believes even though his club are five-time winners of the competition – the last famously coming in 2005 – they still have some way to go before they can genuinely feel at home in such company.

However, that does not mean they head into the semis with any sort of inferiority complex.

“I have absolutely no interest in comparing us. Barcelona, Bayern, Real Madrid: they win everything in the last 20 years,” Klopp said.

“In the same time we pretty much didn’t win anything as a club.

“You will not become a winner overnight – it happens from time to time – but it’s a coincidence and a little bit of luck.

“We are here and we deserved it and I am really happy about that.

“So far, we fought for each opportunity to get it and then to use it is so hard but that’s what we will do.” Liverpool went into the game with a 3-0 advantage from the first leg but City piled the pressure on immediately when Gabriel Jesus scored inside two minutes.

That paved the way for 45 minutes of domination from the hosts but after Bernardo Silva hit a post and Leroy Sane’s goal was ruled out for offside – incorrectly, with the ball coming to him off Liverpool’s James Milner – frustrations boiled over at the end of the half.

City boss Pep Guardiola had to drag his players away from referee Antonio Mateu Lahoz at half-time but was himself sent to the stands for his protests, and in that moment the tide appeared to turn.

Liverpool were more composed after the break and when Mohamed Salah scored his 39th of the season 11 minutes into the half the writing was on the wall for City, who were then required to score four more.

Guardiola felt City were on the wrong end of some poor decisions, which he felt included Raheem Sterling being denied a penalty after a challenge by Andy Robertson. “I said he (the referee) was wrong,” said Guardiola when asked about his dismissal.

“I didn’t insult him. I just said it was a penalty and it was a goal.

“When it comes from Milner it is not offside, and we go to half-time 2-0. Two-nil against that team is a little bit different.

“In these kind of games, in these competitions, the impact is so big.”