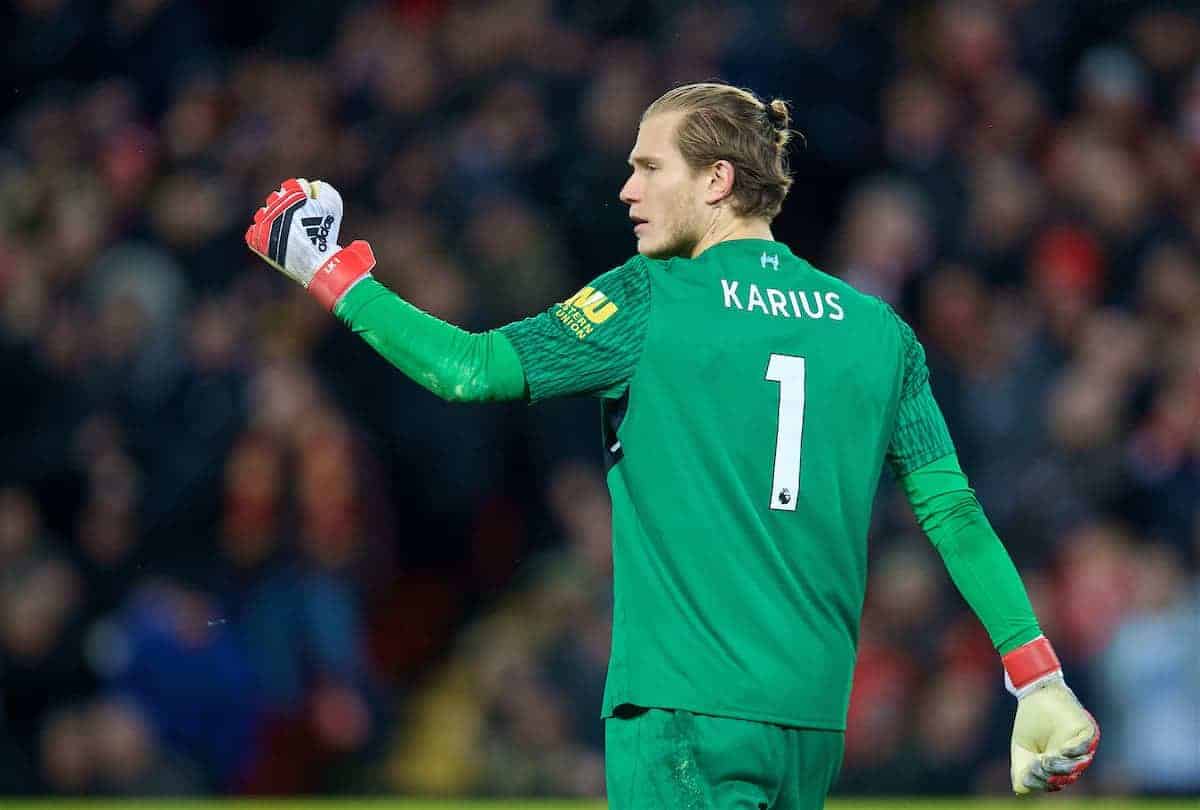 Loris Karius produced more heroics to help Liverpool to another clean sheet against Everton and declared he felt under no pressure as first choice.

A low-key game which ended in a 0-0 draw at Goodison Park could have been rather different had both goalkeepers not made fine first-half saves.

Jordan Pickford reacted to keep out Dominic Solanke from close range, before Karius produced a world-class stop with his fingertips to deny Yannick Bolasie a curled effort from distance.

It contributed to a seventh clean sheet in the last 10 matches for the German stopper.

His improved form and confidence were apparent after the match when he deflected questions over whether or not he had something to prove each time he took to the pitch.

“I don’t feel I’m on trial, it’s my second season. If I believe everything that’s said we’ll have 10 keepers next season!” he told Sky Sports. Karius was modest after the game about his telling contribution, pointing out that the clean sheet was a team effort given the various changes to the lineup.

“I don’t know how good [the save] was or not, it goes too quick. I was just happy to get a fingertip on it.

“In the game you try to help the team, but I don’t know how good the save was. It’s good to get a save like this but most important was the clean sheet.

“The back four was new with [Nathaniel] Clyne back and [Ragnar] Klavan not a left-back. It was pleasing for us.” On the result itself, Karius was philosophical about the Reds not taking all three points after a late Everton rally saw them go close to a late winner of their own twice.

“We did really well first half and at the start of the second. Everton pushed on at the end but that’s normal.

“We wanted three points but it’s a fair result on the whole game.”

Another clean sheet on Tuesday and Karius and fans alike would be in dreamland.