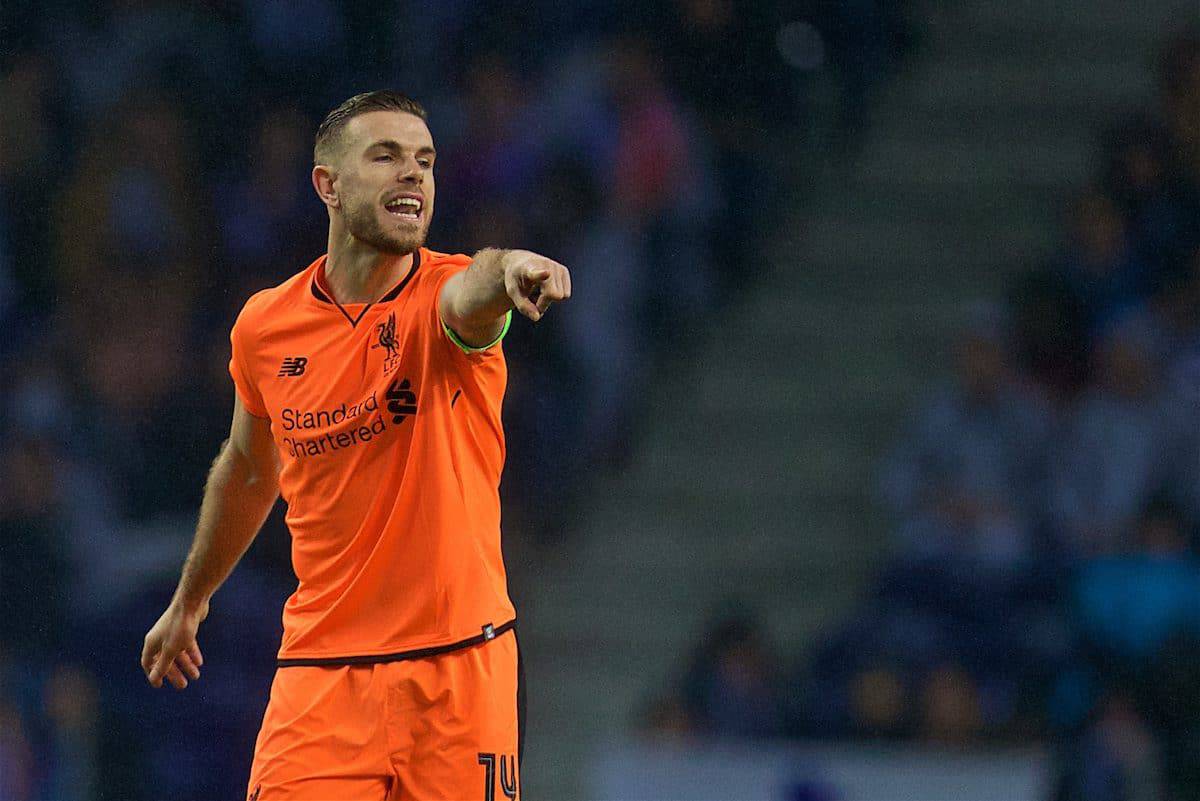 Liverpool captain Jordan Henderson says the Reds won’t underestimate the size of the challenge when they face Italian side Roma in the Champions League semi-finals.

After the 5-2 thrashing of Premier League champions Man City in the quarter-final, supporters are beginning to dream of lifting the trophy in Kiev in May.

Roma won 2-1 against Genoa on Wednesday night and they’re now third in the Serie A table, level on points with Lazio. They face SPAL on Saturday in their final game before they arrive on Merseyside for next Tuesday’s first leg.

Speaking at the media launch for the club’s new 2018/19 home kit, Henderson said: “Roma are a fantastic team and will be a tough test for us so we’ll just have to wait and see.

“We won’t be underestimating them, if you beat Barcelona 3-0, you’re a top team. They’ll be difficult games, both home and away.

“I’ve watched them a few times, they’ve got some very good players and are a very good team so it’ll be a tough test, as it always would be in a semi-final of the Champions League.

“It’s going to be a tough tie, one that is a challenge for us but we can be confident due to the way we’ve been playing, especially in the last round so we’ve just got to keep doing what we’ve been doing and get through to the final.”

Asked if he has dreamt of lifting what would be Liverpool’s sixth European Cup, the 27-year-old said that every kid has dreamt of that: “It’s something you dream about from when you’re a kid really, so yes, of course I have, as many other players have, but one step at a time.”