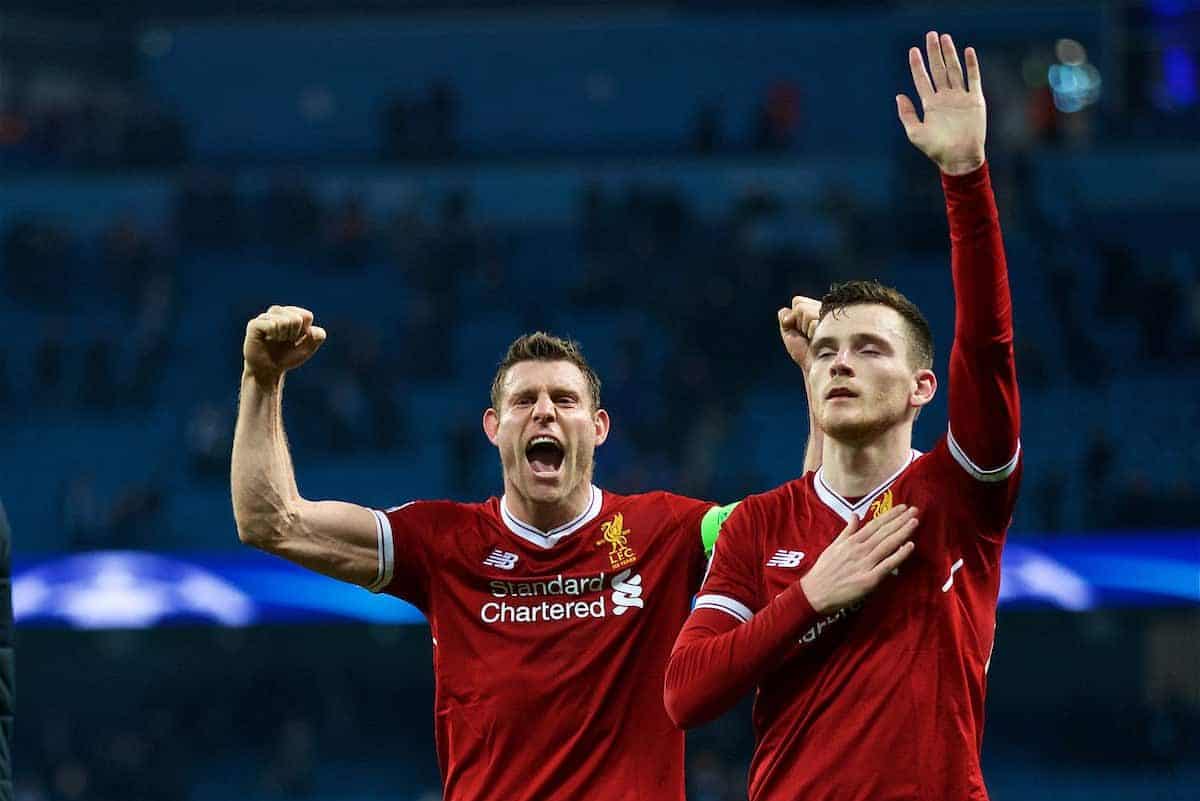 Liverpool have reached the Champions League semi-finals, following a 2-1 win over Man City on a heart-stopping night at the Etihad.

The Reds encountered their biggest night of the season in Manchester, as they looked to hold onto their 3-0 first-leg lead. It was a grim first half, however, with Gabriel Jesus’ second-minute strike immediately putting big pressure on Liverpool.

At half-time, an incensed Pep Guardiola was sent to the stands, after woeful referee Antonio Mateu Lahoz failed to award any first-half stoppage time. The second half belonged to the Reds, however, and Salah’s 39th goal of an unreal season led to memorable celebratory scenes among the players. Roberto Firmino put the icing on the cake with a lovely late finish, with further joy written all over the players’ faces. After the final whistle, Klopp and his players saluted the magnificent away supporters, as Liverpool reached the last four of Europe’s greatest club competition. Next up for Liverpool is the visit of Bournemouth in the Premier League on Saturday, with three wins from their last five fixtures guaranteeing a place in next season’s Champions League.

What a bunch of lads!