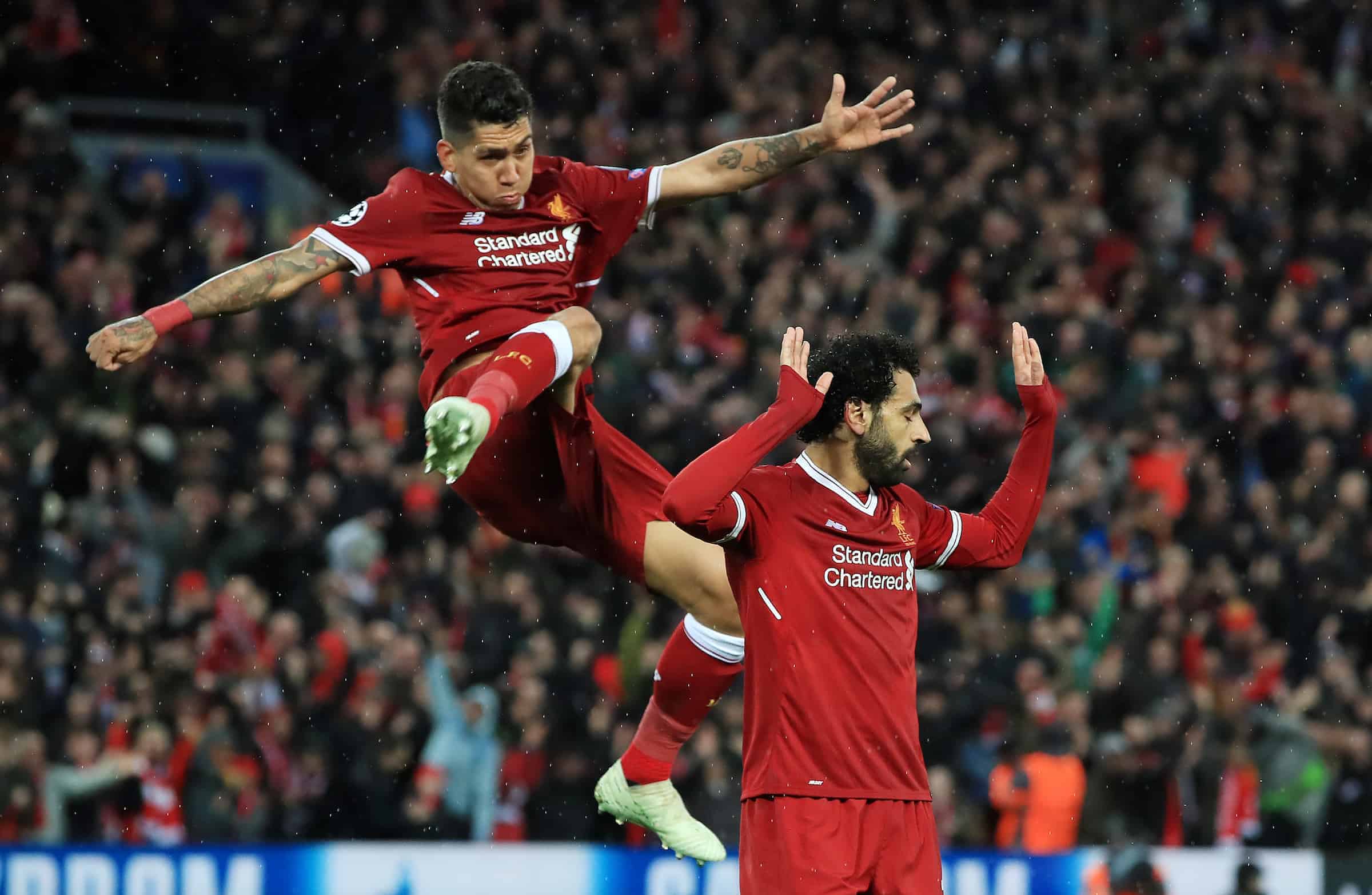 Liverpool’s players were imperious against Roma on Tuesday night, and they expressed their joy on social after the final whistle.

The Reds concocted one of their greatest attacking displays under Jurgen Klopp, winning 5-2 against their Italian opponents and taking a giant leap towards the Champions League final.

Mohamed Salah was again sensational, scoring twice to take his goal tally to 43 for the season, while the equally excellent Roberto Firmino also netted a brace, with Sadio Mane adding the other.

Admittedly, the two goals Roma scored late in the day has left some doubt in the back of supporters’ minds, but the brilliance of this performance should never be downplayed.

Man-of-the-moment Salah didn’t celebrate against his former club, but he did display a simple message saying “great game” on his Instagram page.

He had to share a clip of his outrageous opening goal, too……

Jordan Henderson, James Milner and Gini Wijnaldum were tremendous in midfield all evening, and they summed up the mood at Liverpool right now.

Another great night at Anfield! Atmosphere electric ?? Still a long way to go but we can do it together. ?? #YNWA ?

These are magical games at Anfield we will never forget. Let's make sure we won't lose focus like the last 10 minutes of this game so we can take that spot in the final. Thank you for the wonderful evening and the support. Safe trip home! #weareliverpool #YNWA @ChampionsLeague ? pic.twitter.com/mkwBerIHWg

The same applied to Trent Alexander-Arnold, who handled himself well in comfortably the most pressurised night of his young career to date.

Dejan Lovren was culpable for Roma’s first goal, allowing Edin Dzeko to ghost in and score, but he remained positive ahead of next Wednesday’s second leg at Stadio Olimpico.

Great first leg result against a good team. We are disappointed to concede the two late goals but it was a good win for us. We know it is only half-time and there’s a lot of hard work to do in Rome next week. Our supporters were incredible once again. #ynwa

Sheyi Ojo, on loan at Fulham currently, was left stunned by the genius of Salah, with the ‘Egyptian King’ arguably the world’s best player on current form.

Simon Mignolet‘s Reds career looks done and dusted, but in his typical likeable manner, he was quick to praise his teammates and the fans at Anfield.

Nathaniel Clyne returned to the matchday squad after injury, and like Mignolet, his joy for his colleagues summed up the team spirit that exists under Klopp.

What a performance from the boys and a good result to take in to the second leg !!! ????? #YNWA pic.twitter.com/d2bOiDotRM

Finally, there were outpourings of support for stricken midfielder Alex Oxlade-Chamberlain, whose season sadly looks over after picking up a serious knee injury.

It was a good night, but soured by the injury to the Ox, who’s been fantastic. Get fit soon mate ?? pic.twitter.com/yMJagxPSrf