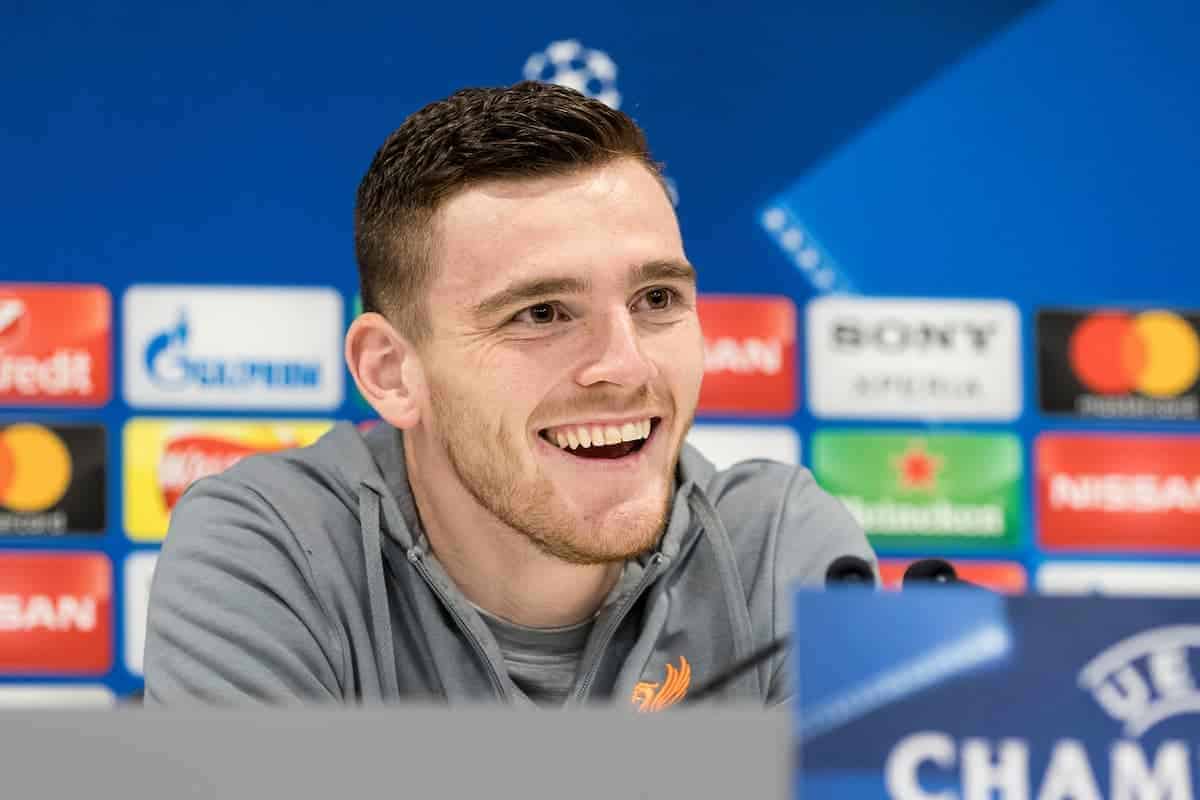 The Reds can put one foot in the semi-finals of the Champions League with a strong performance at Anfield in their quarter-final first leg in midweek.

Having become the only side to defeat City in the Premier League this term back in January, Jurgen Klopp‘s side can head into this meeting with a game plan.

Robertson, speaking alongside Klopp at the stadium on Tuesday, believes that while City are “the best team in the league this season,” Liverpool will not fear their opponents.

“Yes they’ve been the best team in the league this season but it’s two games, it’s a one-off in the Champions League.

“We’ve got as much right to be in the quarter-finals as they do.”

A Liverpool game would not be complete now without Robertson’s name ringing around Anfield, and the 24-year-old explained how the atmosphere at home can be a boost.

“I think everyone knows that Liverpool fans take to the Champions League very well,” he added.

“That’s where they create the most famous atmospheres, they take it up a level. I think that will be the case tomorrow night.

“Hopefully they can create an atmosphere that helps us, and hopefully we can give them something to cheer about.”

Robertson is likely to start ahead of Alberto Moreno on Wednesday night, with Klopp facing issues with fitness and form elsewhere in his defence.